Meanwhile, Down on the Farm

The Bears have among the AHL league leaders:
Goals: 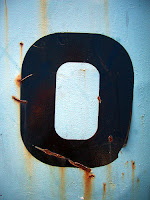 Well… don’t blame this one on the absence of Alex Ovechkin.

Blame this 3-2 loss to the New Jersey Devils on some truly boneheaded plays and indifferent efforts.

Oh, did we mention that the Devils were two for their last 27 power play attempts over their previous eight games?

And as far as the offense goes, here’s all you need to know…

The Caps allowed Nicklas Bergfors to double his goal total for the year, as it was Bergfors who scored the goals with Semin and Morrison in the box (Bergfors has one of those strange lines in the box score… two goals, five shots on goal, and nothing else – no shots blocked, none missed, no hits, no giveaways, no takeaways, nothing… he just skated around shooting pucks in 18:41 of ice time).

Morrison took his penalty at the 14:24 mark of the third period and didn’t see the ice again. Semin took his second penalty of the period at 16:03 and wasn’t on the ice for the final 1:47 of the game when the Caps were trying to get back into it. Maybe Coach has seen enough of the dumb stuff?

Semin could have redeemed himself… he had Brodeur on the ice at his mercy in one instance, and he shot the puck into Brodeur’s elevated left pad. Later, with the clock winding down in regulation, he exited the box after a penalty and took a pass on a breakaway but shot wide.

On the other side, there was Tyler Sloan getting a goal and recording three hits in ten minutes of ice time.

There was Mathieu Perreault looking like a fine call-up from Hershey in his first NHL game, getting assists on both Capitals goals and recording a pair of takeaways (half the number the Caps were credited with).

Tomas Fleischmann continues to make up for lost time, getting his third goal in three games with a spiffy wrister past the glove hand of Martin Brodeur.

Semyon Varlamov probably deserved better. One goes in off a teammate’s shin pad, another is a shot that picked the top corner, the third comes off a deflection on a power play that was the result of a silly penalty. He held his own against the guy at the other end of the ice.

As for the guy at the other end of the ice, it’s hard enough to beat Martin Brodeur when you play an error free game. He doesn’t let in many softies (although the goal by Sloan was borderline). But to take penalties in your own end late in the game, to gift wrap chances to a team that is offensively challenged and that was just plain incompetent on its own power play over the last eight games is just – or should be – unacceptable.

Alex Ovechkin is out. That isn’t a be-all or end-all excuse for being sloppy. Instead of filling the hole his absence created, the Caps dug the hole a little deeper.

The Devils, being the opportunistic sort of team they are, buried them in it.
Posted by The Peerless at 6:11 AM No comments: