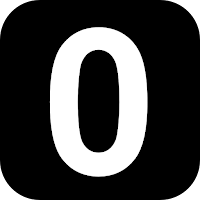 For 15 minutes on Saturday night, it looked as if the Washington Capitals would continue their early season run of success.  Then, in a 12 minute stretch in the second period, it fell apart as the New York Rangers skated off with a 4-2 win at Verizon Center.

Lars Eller got the Caps off and running less than two minutes into the game when he redirected a shot from Brooks Orpik up and past the left shoulder of goalie Henrik Lundqvist to make it 1-0.  Alex Ovechkin pulled one out of the old right wing playbook for the Caps’ second goal when skating into the right wing circle in the Rangers’ zone, he faked pushing the puck to the middle, pulled it back to the outside, and as defenseman Marc Staal bit on the fake, Ovechkin snapped a shot past Lundqvist’s blocker on the far side to make it 2-0, 14:49 into the period.

That was how the teams went to the first period intermission, and after that it was all Rangers.  Or, more precisely, it was all Rangers for a 12:01 stretch of the second period.  It started with Brandon Pirri using Nate Schmist as a screen and snapping a shot past the glove of goalie Braden Holtby 2:21 into the second period.  At 11:22, Jimmy Vesey tied the game on a power play, converting a pass from Rick Nash for a tap in to the left of Holtby.

Three minutes later, Vesey scored what would be the game-winner.  Taking a pass from Mats Zuccarello inside the Caps’ blue line, Vesey curled in and got position on defenseman Karl Alzner before backhanding the puck over Holtby’s left pad at the 14:22 mark.

The teams fought on even terms thereafter, the Rangers holding on and the Caps searching for the equalizer, but it was Rick Nash getting an empty netter in the last minute to give the Rangers the 4-2 win.

-- With the Caps’ loss, there are now two teams (at least of this writing) that have yet to lose in regulation – Vancouver and Montreal.

-- The penalty kill continues to struggle.  The goal by Jimmy Vesey made it four games in five in which the Caps allowed a power play goal.  They are now 10-for-14 (71.4 percent).

-- The empty net goal was the first third period goal the Caps allowed this season.

-- There were only 14 faceoffs in the Capitals’ defensive zone all night.  The Caps won six of them.

-- Nicklas Backstrom was a minus-2 for the night, his first minus-2 since March 4th of last season, also against the Rangers.

-- The Caps still have not allowed an opponent more than 30 shots on goal in a game.  The Rangers had 26.  The only time an opponent hit the 30-shot mark was the Penguins in the opener, a game that wen the full 65 minutes of regulation and overtime.

-- Jay Beagle and Marcus Johansson did not record a shot attempt.  One of those is unsurprising.  Another one is disappointing.

-- Evgeny Kuznetsov gets the buffet coupon for this game… one assist, two shots, three attempts blocked, two misses, two hits, a giveaway, a takeaway, and he won five of 14 draws.

Scoring first is among the best predictors of success in the NHL. Getting out to a two-goal lead, especially when you haven’t allowed more than two goals in a game yet, should have been a lock.  That it was not spoke to some lackadaisical play on the part of the Caps in the second period.  The Caps allowed the Rangers too much freedom too close to their own net to convert opportunities.  And once the Caps lost the momentum, they could not quite get it back, even though they held the Rangers to 12 shots on their goaltender in the last two periods.  It was not the way the team wanted to wrap things up at home before heading out to western Canada next week.

The Peerless Prognosticator is ON THE AIR!!! -- Game 5: Rangers at Capitals, October 22nd

After a brief trip out of town and out of the Metropolitan Division, the Washington Capitals return home to face a familiar foe on Saturday night.  The New York Rangers make their first trip to Washington having stumbled to a 2-2-0 record in their first four games of the season.  But if you think that start has any hidden meaning Caps fans, just remember that after starting the 2014-2015 season 1-3-0, the Blueshirts went on to post a 53-22-7 record and win the Presidents Trophy.

As for this club, so far it has been a case of if they score, they win; if they don’t, they don’t.  New York scored a total of 12 goals in their two wins (5-3 over the New York Islanders in the season opener and 7-4 over the San Jose Sharks last Monday), while they managed just a total of three goals in losses to the St. Louis Blues (3-2) and the Red Wings (2-1).

As it is, the Rangers are tied for fourth in the league in team scoring (3.75 goals per game), and ten players share the 15 goals scored.  That group is led by Chris Kreider who, after some suspense, avoided salary arbitration and signed a four-year deal over the summer to extend his stay in Manhattan through the 2019-2020 season.  Kreider has confirmed the faith of Ranger management, at least in the early going.  He had a goal and an assist in each of the Rangers’ first three games and recorded an assist in his last game, the 2-1 loss to the Red Wings on Thursday.  This should make Ranger fans happy, since in each of the past two seasons Kreider recorded a single goal in his first six contests (in 2014-2015).  failed to record a goal in his first Kreider has established himself as a solid complementary scorer, having pushed past the 40-point threshold in each of the last two seasons.  In 12 career games against the Caps, he is 3-1-4, plus-1.

Mika Zibenijad is second on the club in points (2-3-5) and has a good start toward extending a personal streak of what is now five straight seasons of improvements in goal scoring and points.  Last season, with the Ottawa Senators, Zibanejad set personal highs in goals (21), assists (30), and points (51).  In four games with the Rangers so far this season he has been held without a point just once.  That, oddly enough, came in the Rangers’ 7-4 win over San Jose on Monday.  He was one of only seven skaters not to record a point.  In 13 career games against the Caps, Zibanejad is 4-2-6, minus-2.

The Rangers have one rookie among their goal-scorers.  Jimmy Vesey was a highly sought after free agent last summer coming off his winning the 2016 Hobey Baker Award as the top player in collegiate hockey.  He became a free agent when the Buffalo Sabres, who obtained the rights to Vesey from the Nashville Predators (who drafted him in 2012), could not sign him to a deal.  He recorded his first NHL goal in the 7-4 win over San Jose, it coming in a tap-in of a Derek Stepan feed that would be the game-winning goal.  This will be Vesey’s first appearance against the Caps.

1.  The Rangers have a whopping plus-10.2 shots for/shots against differential, best in the league (but only 0.2 shots per game better than the Caps).

2.  New York is tied for third in most third period goals allowed (7), but they have done it in fewer games (4) than any of the two teams ahead of them (San Jose and Chicago with five games apiece) or one of the teams with which they are tied (Chicago with 5 games).

3.  The Rangers and the Chicago Blackhawks are the only teams in the league to have lost two one-goal games without winning one.

3.  Only Vancouver (13) and Columbus (11) have taken fewer penalties than the Caps (14).  No team has taken fewer minor penalties (11), tied with the Canucks and Blue Jackets.

5.  The Caps remain the only team in the league yet to allow a goal after the second intermission of games this season.

In four games, Lars Eller has yet to record his first point as a Capital, has a 42.6 percent faceoff winning percentage, has barely more shots on goal (6) than penalty minutes (4), and has the worst Corsi-for at 5-on-5 on the team (48.28 percent, numbers from Corsica.hockey).  Yet one is hesitant to put the label “poor” on his play.  He has not been on ice for a goal against at even strength, or any strength.  And that faceoff winning percentage is depressed by a woeful (or victim of a small population of draws) offensive zone performance (30.0 percent).  Eller has not been an especially fast starter in recent years (two points in his first six games last season, none in his first five in 2014-2015), so one might hold the thought that he’s just working things out with his new club.  Eller is 3-4-7, plus-2 in 19 career games against the Rangers.

Take a look at the Rangers, Caps fans.  That is a team whose window is closing rapidly, perhaps open only a crack.  Rick Nash is not nearly the goal scorer he once was, three rookies have dressed already for the club (Jimmy Vesey, Pavel Buchnevich, and Brady Skjei), they have new players sprinkled throughout their lineup (Mika Zibenajad, Michael Grabner, Josh Jooris), and Henrik Lundqvist is not going to last forever as a number one goalie.  That is a team in its third year removed from a Stanley Cup final and not on a short list of contenders to return there.  More than anything else in this game, the Rangers are an example of the stakes of this season for the Caps.  Teams do not get many chances to grab the brass ring – or hoist the Cup.  If not this year, the team the Caps are facing tonight might be what they look like a year or two down the road.

Posted by The Peerless at 8:03 AM No comments: