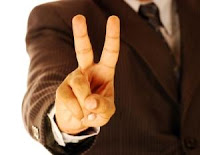 It took some doing, but the Washington Capitals squeezed out a come-from-behind, 4-3 trick shot win over the Carolina Hurricanes on Friday night in Raleigh, North Carolina.  The win was the sixth straight for the Caps, and it ended a seven-game home winning streak for the Hurricanes.

Carolina drew first-blood in the contest early in the first period when Jeff Skinner got inside position on Matt Niskanen and batted in a loose puck lying in the blue paint, giving the ‘Canes a 1-0 lead 5:46 into the game.  That would be how the teams went to the first intermission, but the Caps tied the game on a power play in the second period.  John Carlson fed the puck out of his end to Nicklas Backstrom in the neutral zone.  Skating into the Carolina end, Backstrom left the puck for a trailing Alex Ovechkin, who wristed a shot low on the blocker side past goalie Cam Ward at the 6:25 mark.

The Caps took their first lead of the game five minutes later when Niskanen chipped a loose puck along the left wing wall along the boards and behind the Carolina net.  Evgeny Kuznetsov was on the receiving end and sent the puck back out from the direction it came to Justin Williams skating along the goal line to the Carolina net.  Williams one-timed the puck past Ward on the short side to give the Caps a 2-1 lead 11:13 into the period.

Carolina tied the game two minutes later when Justin Faulk finished a 2-on-1 with Sebastian Aho, beating goalie Philipp Grubauer low, past the toe of his right skate at the 13:31 mark.  That would complete the scoring in the second period.

The Hurricanes took the lead in the first minute of the third period when on a power play, Teuvo Teravainen redirected an Aho drive through the legs of Grubauer to make it 3-2 just 40 second into the period.

The Caps tied the game once more late in the period, returning the favor of a redirected puck.  Matt Nikanen fed Dmitry Orlov at the left point, upon which Orlov dipped in and out looking for a useful purpose with the puck.  He found it by backing off and wristing a shot at the Carolina net that T. J. Oshie got his stick on as it was sailing through, deflecting it down and past Ward’s right pad to make it 3-3 at the 13:56 mark.

That would do it for regulation, and with the teams failing to score in overtime, the decision would go to the freestyle competition.  Oshie and Kuznetsov would score for the Caps, while Grubauer blanked the Hurricanes on two attempts, and the Caps had their sixth straight win, 4-3.

-- It might not signify anything.  Then again, it might be a sign of a hot streak, but Alex Ovechkin’s goal was his second in three games after a seven-game streak without one.

-- Washington had 57 total shot attempts in the contest; Alex Ovechkin had 13 of them (six shots on goal, five shots blocked, two misses).

-- It was odd that it would be Dmitry Orlov’s shot “attempt” that would be redirected by T.J. Oshie for the tying goal in the third period.  Orlov would finish the game without being credited with a shot attempt.

-- Nicklas Backstrom shot in bad luck of a sort.  He had five shot attempts, four of them blocked.

-- John Carlson’s assist on Alex Ovechkin’s power play goal made it four straight games with a point and six of seven in all.

-- The Caps allowed the Hurricanes six power play opportunities, tying the most they allowed an opponent this season, the other instance being November 12th…against the Hurricanes.

-- The win for Philipp Grubauer was his fifth of the season.  If you don’t think that’s impressive, it is as many as Jaroslav Halak and Jimmy Howard, and more than Michal Neuvirth (4) and Brian Elliott (3), all of whom have appeared in more games than Grubauer.

It was not a game one would describe as crisp, but good teams win these kinds of games when they are a little frayed on the edges.  And if you are comparing this team to last year’s, think about this.  Through 29 games last season the Caps earned standings points in 23 of them (21-6-2).  With this win, the Caps have points in 22 of 29 games (19-7-3).  Although the Caps are just third in the Metropolitan Division, they are just three standings points behind last year’s Presidents Trophy pace, and they are just three points out of first place in the division with two games in hand on the Pittsburgh Penguins.  Tomorrow, they play one of those games in hand against Montreal with a chance to keep a good thing going.

Posted by The Peerless at 11:27 PM No comments: