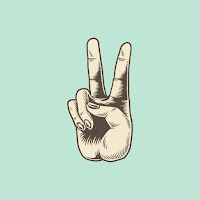 The Washington Capitals returned home from their five-game road trip to host the Buffalo Sabres on Friday night at Capital One Arena.  It was a dominating effort by the home team, start to finish, and the Caps continued their winning ways with a 6-1 victory.

Washington started off on the wrong foot, taking a penalty less than three minutes into the contest, an elbowing call on Dmitry Orlov, but the Caps skated off the shorthanded situation with two shots on goal allowed.

The Caps built on that shortly thereafter, Jakub Vrana taking a Tom Wilson feed in the neutral zone and heading off on a breakaway.  All alone behind the Buffalo defense, Vrana snapped the puck past goalie Linus Ullmark’s right pad to make it 1-0, 6:17 in the period.

Washington added to their lead 42 seconds after the Vrana goal, converting a 4-on-1 break.  Brendan Leipsic carried the puck into the Sabres’ end, sliding the puck across to Travis Boyd, who relayed it to Chandler Stephenson on the coming down the middle. Stephenson pulled the puck to his backhand, forcing Ullmark to the ice, and chipped the puck over him at the 6:59 mark to make it 2-0, Caps.

Vrana got his second of the night, converting a pass from Michal Kempny for a one-timer from the right wing circle that beat Ullmark cleanly at the 9:29 mark to put the Caps in front, 3-0.

Less than two minutes later, Brendan Leipsic had his first goal as a Capital.  It was a product of Travis Boyd’s patience.  Boyd skated the puck down the right side, looking for a pass.  Not seeing an open teammate, he faked Rasmus Dahilin off his position and skated the puck all the way around the Buffalo net, coming out the other side to Ullmark’s right.  He found Leipsic alone deep in the right wing circle, and Leipsic had only to snap the puck through before Ullmark could get across to defend, and it was 4-0, Caps, 10:44 into the period.  That would do it for the scoring in the first period.

Buffalo ended the shutout bid nid-way through the period when Henri Jokiharju took a feed from Rasmus Dahlin at the left point and sent a harmless looking shot at the Caps’ net.  The puck hit Jonas Siegenthaler, though, popped into the air, and dropped behind goalie Braden Holtby to put the Sabres on the board 10:40 into the period.

Tom Wilson restored the four-goal cushion late in the period with some deft hand-eye work.  A drive by Michal Kempny from the left point was deflected by Wilson out of mid-air and between his legs, off the post to Ullmark’s left and in to make it 5-1, 16:53 into the period.  That goal closed the second period scoring.

-- Jakub Vrana led the team with four shots and seven attempts through 40 minutes.

-- Evgeny Kuznetsov did not have a shot attempt through two periods, the only Capital without one.

-- Jonas Siegenthaler had three blocked shots, the only Capital with more than one.

There were many whistles, many back-and-forths, but nothing in the way of scoring.  Buffalo was the recipient of a power play chance in the 12th minute of the period, Rasmus Dahlin drawing a tripping penalty by Dmitry Orlov.  Buffalo could not solve Holtby on the man advantage, failing to record a shot on goal.

It came back to haunt the Sabres less than a minute after the penalty expired.  Michal Kempny took a feed from Alex Ovechkin at the left point and sent the puck to the top of the crease where T.J. Oshie was closing.  Oshie redirected the puck behind Ullmark to make it 6-1, 13:43 into the period.  That would close the scoring for this contest.

-- The two goals made it five times in Jakub Vrana’s career he recorded two goals in a game.  He joined current Caps John Carlson and Tom Wilson (five apiece), among others, in the Five-Timers Club.

-- Michal Kempny had three assists, his first three-point game as a Capital.  He moved to 3-5-8 in seven games since returning from injury.

-- This was the sixth time in the last 11 games that the Caps scored five or more goals.

-- Boyd and Carl Hagelin were the only Capitals without a shot on goal in this game.

-- Tom Wilson had five hits to lead the team, but Chandler Stephenson was right behind him, credited with four.

-- Lars Eller was 14-for-21 on faceoffs to lead the team in wins and percentage.

-- This was the first time this season that Braden Holtby allowed fewer than two goals in a game (one goal on 30 shots faced).

This was as solid a win as one gets in the NHL.  From start to finish, the Caps were the dominant team, the Sabres unable to mount much in the way of momentum or pressure for more than a few seconds at a time.  Even their lone goal was flukish.  It was a thoroughly professional effort, coming off a long road trip in which the distractions of catching up with home responsibilities and the other sports news swirling around Washington might have been a distraction.  Although it is November, and one would rather say it in June, it is never a bad time to say that this might be the best team in the league at the moment.

Posted by The Peerless at 10:04 PM No comments: