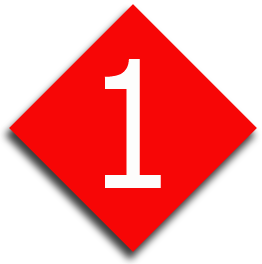 For 39 seasons, the number “four” has been one that caused problems for the Washington Capitals, but that was generally a playoff thing, not being able to win four games in a series very often.  In this, their 40th anniversary season, they won three straight games in the regular season four times going into their contest last night against the Philadelphia Flyers.  The Caps were looking for a fourth straight win for the first time this season.

They did not get it.  The Flyers took the Caps to overtime, then won it on a Jakub Voracek power play goal to send the Caps to their first defeat in 2015.  The Caps started on the right foot in the fourth minute of the game on a power play of their own. Alex Ovechkin took advantage of a weak Flyer penalty killing unit (third-worst in the league going into the game) to ring a one-timer off the pipe behind goalie Steve Mason.

The Flyers tied it mid-way through the first period on a Sean Couturier goal.  The game remained tied into the third period, but Karl Alzner broke the deadlock at the 3:08 mark when his long drive from the left point through a screen floated past the right shoulder of Mason.  Just over a minute later, R.J. Umberger tied the game a second time.  Off a faceoff win in the Caps’ zone, Nick Schultz fired a shot that caromed hard off the end boards and seemed to surprise goalie Braden Holtby, who whiffed on an attempt to paddle the rebound aside.  The puck slid out to the slot where Umberger was lurking, and he slammed the rebound home to make the score 2-2.

That would be all the scoring in regulation.  After Matt Niskanen was sent off for a hooking penalty 1:11 into the overtime session, Voracek ended the contest when, after directing traffic on the Flyer power play, slid up to the top of the slot and fired a one-timer that beat Holtby and denied the Capitals a fourth straight win.

-- This was the first time that the Flyers won the first game in a season series against the Caps since the 2009-2010 season, when Philadelphia took a 6-5 overtime decision in the third game of the season for Washington.

-- Mike Green had his sixth two-assist game of the season and his fourth in his last ten games.

-- Nate Schmidt saw his first action since December 23rd.  He skated 12:27 and had three shots on goal along with four hits.

-- This was just the fourth time in 24 games in which the Caps scored first that they lost, the third time they lost in overtime.  They still have the second-best winning percentage in games in which they score first (.833/20-1-3).

-- The Caps are 11-1-4 in their last 16 games.  Of the four extra time losses, three have come in overtime, all of them while skating shorthanded.  Of the Capitals’ five overtime losses this season, four of them have come while shorthanded.

-- The frustrating thing (well, one of them) about the way the game ended was that in regulation the Caps held the Flyers off the board on all nine power play shots they took in six minutes of three power plays.  The Flyers scored on their only shot of the overtime power play.

-- Braden Holtby is now the franchise leader in consecutive games played with his 23rd consecutive appearance.

-- Karl Alzner scored a goal on his only shot on goal of the game.  That means he has two goals on his last three shots taken dating back to his second period goal in the Caps’ 4-3 win over Florida on Sunday.  His four goals for the year equal his output of his previous three seasons combined.

--  The Caps were bested in shot attempts for the game, allowing the Flyers 71 attempts while getting off only 57 of their own.  The Flyers were also credited with more hits (36-24) and won the faceoff battle (34 of 64 draws).  It was evidence of a team that just wan not quite all there in the back half of a back-to-back set of games.

The Caps have a very good record over their last 16 games, as we noted above, but they have left four standings points on the table in frustrating ways – three overtime losses while skating shorthanded and a 20-round Gimmick loss.  Those four points could very well loom large when the calendar rolls over into April.  With this loss the Caps slipped behind the New York Rangers once more for third place in the Metropolitan Division and into seventh place in the conference.

At the moment those four points left on the table are the difference between battling the Rangers for third place in the division and fighting for a wild card playoff spot, and being tied with Pittsburgh and Montreal for second most standings points in the Eastern Conference, two points behind Tampa Bay for the top spot.  They could take on even more importance when the Caps’ schedule stiffens in the second half of the month.  They have done well.  They need to do better.
Posted by The Peerless at 6:40 AM 1 comment: