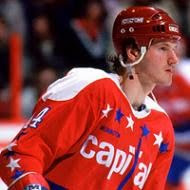 Yesterday, Group A defeated Group C in the second game of the Duchesne Cup round-robin tournament, 3-2 in a shootout. The standings now look like this...

All that is left is for Group A to meet Group B this afternoon. If Group B wins in regulation, then based on the NHL Gimmick Rules, Group C wins the Cup.
Balderdash!
Each team will have one win and one loss. Put 'em all out there for a round of Gimmick.
The Caps had a grand total of four shootout wins last year, good for a tie for 19th in the league. The previous year, the Caps had four wins via the Gimmick, good for another tie for 19th. This is not an especially proficient club when it comes to apres-hockey gimmickry. But it is something the league insists count in the standings, so what better practice could the guys have than getting gimmicky for something that counts? Except Group B has to do its part.
LET'S GO B'S...LET'S GO B'S...LET'S GO B'S!!!

UPDATE: Alas, no Gimmick today... Corey Masisak reports via Twitter that Group A won the Duchesne Cup with a 9-5 plastering of Group B, Alex Ovechkin with four assists.
...puck hog.
Posted by The Peerless at 8:30 AM

It has not been a good week for Group B, the group I had dubbed the bad asses, since they have Finley and Amadio.