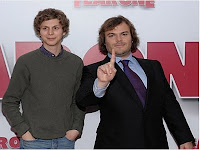 It was a night to settle things, just not for the Washington Capitals.

The Capitals settled their business on Tuesday, making last night’s 2-1 overtime loss to the Ottawa Senators less meaningful for them than for their opponent.  The win clinched a playoff spot for Ottawa, which became the seventh team in the Eastern Conference to claim a playoff spot (the New York Rangers would claim the last spot with a 4-3 win over Carolina).

Wins are always better than losses at this time of year, but the important point for the Caps was to maintain focus and play their game.  At this they succeeded, to a point.  Holding an NHL team – any NHL team, even one as offensively challenged as the Senators – to two goals in more than 60 minutes of play is evidence of good defense, or at least good goaltending.  Michal Neuvirth, relieving Braden Holtby on this evening, held the Senators to a tip in and a 4-on-3 power play goal.  It was a fine effort given that he had not seen action in more than two weeks.

For the Capitals, Alex Ovechkin recorded his 32nd goal of the season, settling a bouncing puck off a pass from Marcus Johansson, turning defenseman Chris Phillips inside out, curing through the right wing circle and backhanding the puck past goalie Craig Anderson’s right pad.

That was it for the scoring in a game played at a pace much more to Ottawa’s style than Washington's, much like the game in Ottawa a week earlier.  That it wasn’t worse for the Caps in a game with little meaning (other than as a potential playoff preview, since the Senators reside in sixth place at the moment) might be taken as a positive.

-- If Alex Ovechkin, who scored last night, can manage two goals in the finale on Saturday he will tie former Capital Peter Bondra for the NHL record in goals recorded in a lockout-shortened 48-game season (34).

-- It was hard to tell if as the game went on, was it the Caps’ attention wandering or the Senators clamping down?  Ten shots… six…four…none.  Craig Anderson has had his issues with low shot-volume games, but he was not severely tested.

-- Part of the problem for the Caps was their inability to achieve any rhythm, especially in that third period when they had only four shots on goal.  They spent 4:58 of the third period killing penalties (they had no power plays of their own).

-- It might be worth noting that the Caps shot themselves in the foot by taking four offensive zone penalties (one of them part of a coincidental set of minor penalties) for the night.  Another way to upset one’s rhythm.

-- A 4-on-3 situation creates a lot of space for teams, but it was the lack of it – that small space between Mika Zibanejad’s backside and Michal Neuvirth – that was the difference.  Neuvirth was peeking at Sergei Gonchar past Zibandejad’s left hip on the game’s final play, and just as Gonchar wound up to take his slap shot, Zibanejad slid ever so slightly into Neuvirth’s field of view.  Neuvirth could not see the shot coming, reacting just that split second too late to the puck sailing by past Zibanejad’s right hip for the game-winner.

-- Ten of the Caps’ 18 skaters had more hits than shots on goal.  Not sure that’s a trend worth sustaining.

-- The top line of Alex Ovechkin, Nicklas Backstrom, and Marcus Johansson had only four shots on goal for the game (Ovechkin had three of them).  Might not have been an “always intense” effort.

-- The second line of Mike Ribeiro, Martin Erat, and Troy Brouwer had four shots on goal, too (Brouwer had three of them).

-- The defense had nine shots on goal.  By itself, that is probably a good thing, but if they constitute 45 percent of the total for the team, the goalie is not going to have a particularly hard night.

-- The less said about Mike Ribeiro taking two penalties in the last 4:52 of the game, the better.

-- How good was Michal Neuvirth in this game?  Ottawa shelled him with 23 shots in the third period, part of a 37-attempt effort in those last 20 minutes.  Washington had only 43 shot attempts for the entire contest.

In the end, there will be a fair amount of navel-gazing about this game.  Third time in three games the Caps lost to the Senators, only four goals scored in the season series, Ottawa has their number, yadda-yadda-yadda.  We are not buying it.  It would be only human to have a letdown of some sort after clinching an unexpected division title two nights earlier, and the Caps looked as if they, well, let down.  The last time the Caps lost to the Senators they went right back to work, beating Montreal and Winnipeg to wrap things up in the Southeast Division.  The next time the Caps meet the Senators, we think the Senators will have the Caps’ full and undivided attention.  Don’t read too much into this result.