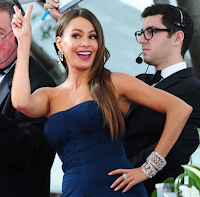 It seemed rather fitting that the Washington Capitals should struggle early, find their footing, then come roaring back late and grab an overtime victory over the Boston Bruins, 3-2, this evening at Verizon Center.  It was their season in a nutshell.

When Boston scored a goal in the first – a Milan Lucic shot that ticked off the toe of Karl Alzner’s skate and past goalie Braden Holtby – and then again in the second when Andrew Ference ripped a wrist shot to the back of the net, it looked as if the Caps might go quick and quiet into the night to close the regular season.

But they came back in the third period, thanks to the parade of the circus bears to the penalty box.  First it was Adam McQuaid taking a tripping penalty at 5:11 of the period.  The Caps won the ensuing faceoff and kept the puck in the Bruin zone with some hard work in front of goalie Tuukka Rask.  The puck eventually found its way onto the stick of Mike Green at the right point.  Green wristed a harmless enough looking shot at the Boston net, but Zdeno Chara took that moment to play “air goalie” and think he had a blocker on his right hand.  Chara flicked his arm up as if he was blocking the shot away, and the only purpose that served was to send Rask into a fit when the puck sailed over Rask’s blocker into the far top corner of the net.

Green figured in the beginning, middle, and end of the next power play.  He started it by drawing a tripping call on Rich Peverley barely a minute after his goal.  Then, he started a rush from the Caps’ end of the ice, sending a long lead pass to Mike Ribeiro at the Boston Blue line.  Ribeiro skate through the right wing faceoff circle, then fed the puck back to Green entering the zone.  Green one-timed the puck over Rask’s right pad, and the Caps were even with the Bruins 7:21 into the third period.

That would be it for the scoring in regulation time, but the Caps would go into the extra frame having to kill a penalty to – who else – Mike Green.  The Caps killed that off without a shot on goal for Boston, then grabbed the momentum.  The Caps pressured the Bruins net, eventually leading to Zdeno Chara taking a hooking penalty on Mike Ribeiro to give the Caps their fifth power play of the game and fourth since the 5:11 mark of the third period.  At that point, it was a matter of time.

The last sequence started with – you guessed it – Green slowly skating over the Bruins’ blue line and backhanding the puck over to Mike Ribeiro on the right wing.  Ribeiro skated the puck down into the right wing faceoff circle, then lined up Green for a one-timer from the opposite circle.  Green fired, handcuffing Rask, who had to make an awkward save with his right shoulder.  Rask was not in position to defend the rebound, and it was Eric Fehr swooping in before Wade Redden could tie up his stick to lift the puck past the fallen Rask and into the back of the net for the game-winner.

-- Alex Ovechkin had two assists to finish in a tie for third place in overall scoring with Sidney Crosby (united once again) at 56 points.  Ovechkin won the Maurice Richard Trophy as the league’s top goal scorer (32).  He also finished the season first in power play goals (16) and tied with teammate Mike Ribeiro in power play points (27).

-- It might have been Ovechkin’s backchecking on a Rich Peverley break that was a difference-maker, though.  Ovechkin was deft enough to get a body on Peverley without incurring an infraction, interrupting Peverley as he was about to try to give Boston what might have been an insurmountable 3-0 lead on a shorthanded goal.

-- Ribeiro’s two assists lifted him into a top-ten finish in points (49), tied with Detroit’s Pavel Datsyuk and a top-five finish in assists (36).

-- John Erskine was laying the lumber in this one – seven of the Caps’ 34 recorded hits.

-- Eric Fehr had two game-winning goals this season, both against Boston, both in overtime, both against Tuukka Rask, both while getting knocked down in front of the Bruins’ net.

-- Milan Lucic scored only his third goal in his last 30 games, but the Caps managed to hold the trio of Brad Marchand, Tyler Seguin, and Patrice Bergeron without a point.

-- Troy Brouwer recorded an assist to finish the season with 33 points, his total for all 82 games of last season.

In the end, it was a satisfying win against a stout opponent.  Just the sort of game the Caps needed to head into the post-season to face – again – the New York Rangers.  With a record of 25-10-2 to close the season, Caps fans could not ask for a better way to move forward, especially with their best players playing well and the team getting contributions from all over the lineup.  But as Caps fans are also too aware, their record as of now is 0-0.  Time to go to work.

My feeble memory is even less reliable than my lying eyes, but wasn't Peverley's Tripping minor called for his slew-footing of Fehr, not Green?

I'll blame the NHL play by play that was posted at the time, but I believe you are right.