The morning sessions of Day 2 might best be described as "skate, skate skate... skate and shoot(y)..."  OK, that's a bad use of a song lyric.  But the morning session feature a lot of end to end skating and a lot of shooting at the end of it.  The first group at 9:15 was deployed as follows:

Head coach Adam Oates ran the first session, and what he seemed to be emphasizing was pace from end-to-end.  Most of the drills involved either skating end-to-end or starting in one zone, looping back, and then attacking the goal.  There was much one-on-one, two-on-one, and two-on-two activity, but despite the fast pace of the hour-long session the boys seemed to be in good shape from start to finish.

The one drill we were intrigued by was a one-on-one drill that started with the puck placed on the blue line closest to the goaltender.  Two players were then set free from the other end in a race for the puck.  The "loser" of the race was left to defend the "winner," often trying to defend was in effect a breakaway on the goalie.

After the session ended, the players did their post-practice stretches and filed off the ice, there was one more impromptu competition to be held.  Caps first round draft pick Andre Burakovsky and three coaches hung around to see who was more adept in rink-long, bank-shot-off-the-wall shooting accuracy.  Burakovky and associate goalie coach Olaf Kolzig won the competition.

Burakovsky was the last Cap off the ice, owing to that competition, but before that he also spent some time after the session horsing around with linemate Tom Wilson doing cross-rink trick passes.  Someday, those two might be linemates for real on the parent club.  That would be the plan, anyway.

The 10:50 session was run by new Hershey Bears head coach Mike Haviland.  Here were the lines and pairs:

The second session very much resembled the first session with the drills and emphasis very similar in nature.  There was one tweak at the end.  In place of the one-on-one sprint to the puck, the team broke up into the forwards group at one end and the defense at the other.

We paid closer attention to the group of defensemen, who assembled at the top of the offensive zone in the middle of the ice.  Each was fed the puck, and with coach Yanick Jean playing the role of a defender trying to get his stick in the way of a shot, the defenseman was charged with skating out from the shadow of the stick and finding a shooting lane.  Defensemen getting shots through to the goalie is a big part of the offensive tools of that position, and here was a chance to work on just that.

Tomorrow camp starts for real with the first intrasquad scrimmage.  We imagine the guys will be thnankful for the change in pace from drills and testing.  In the meantime, here are some pictures from this morning's sessions... 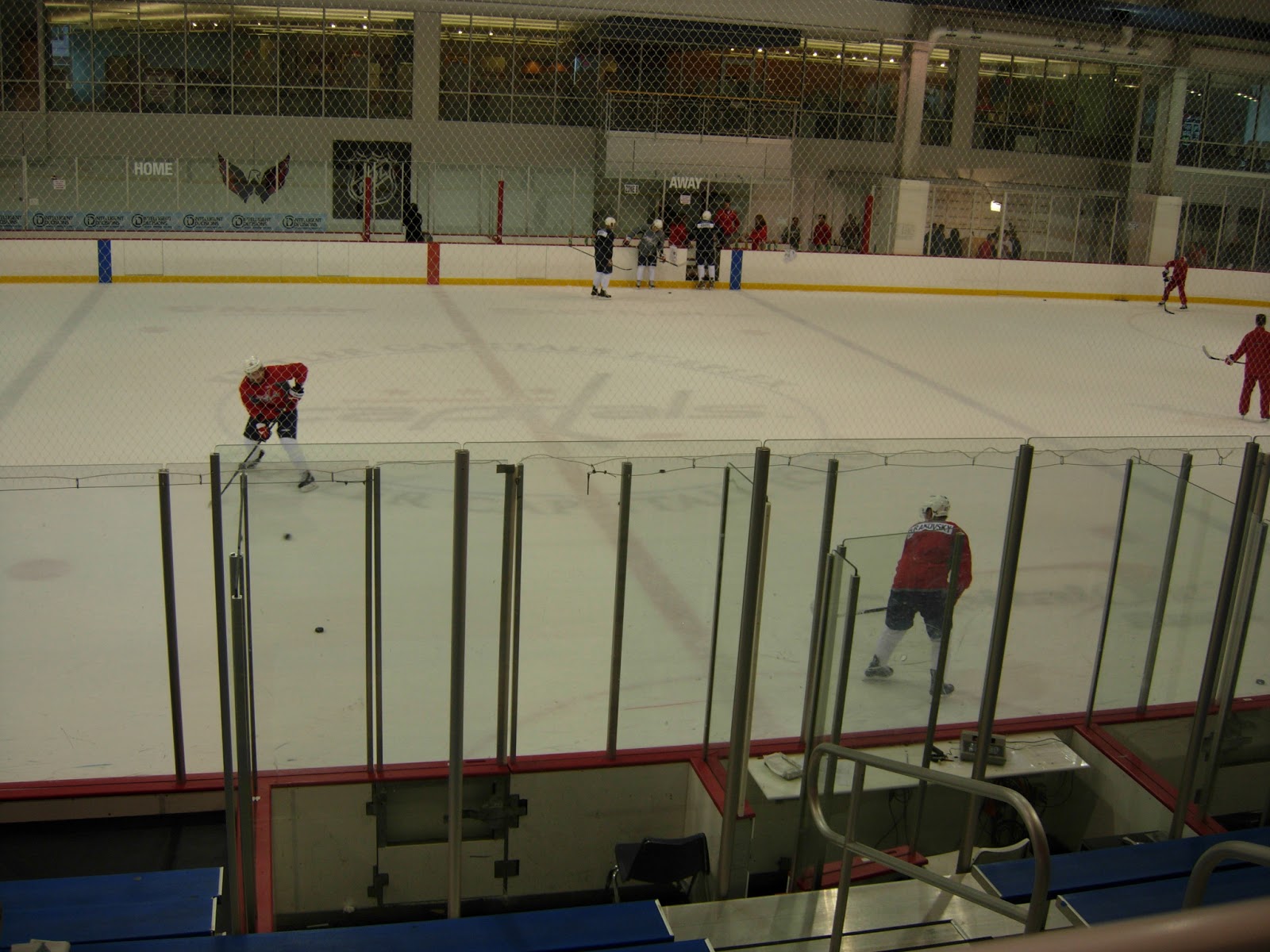 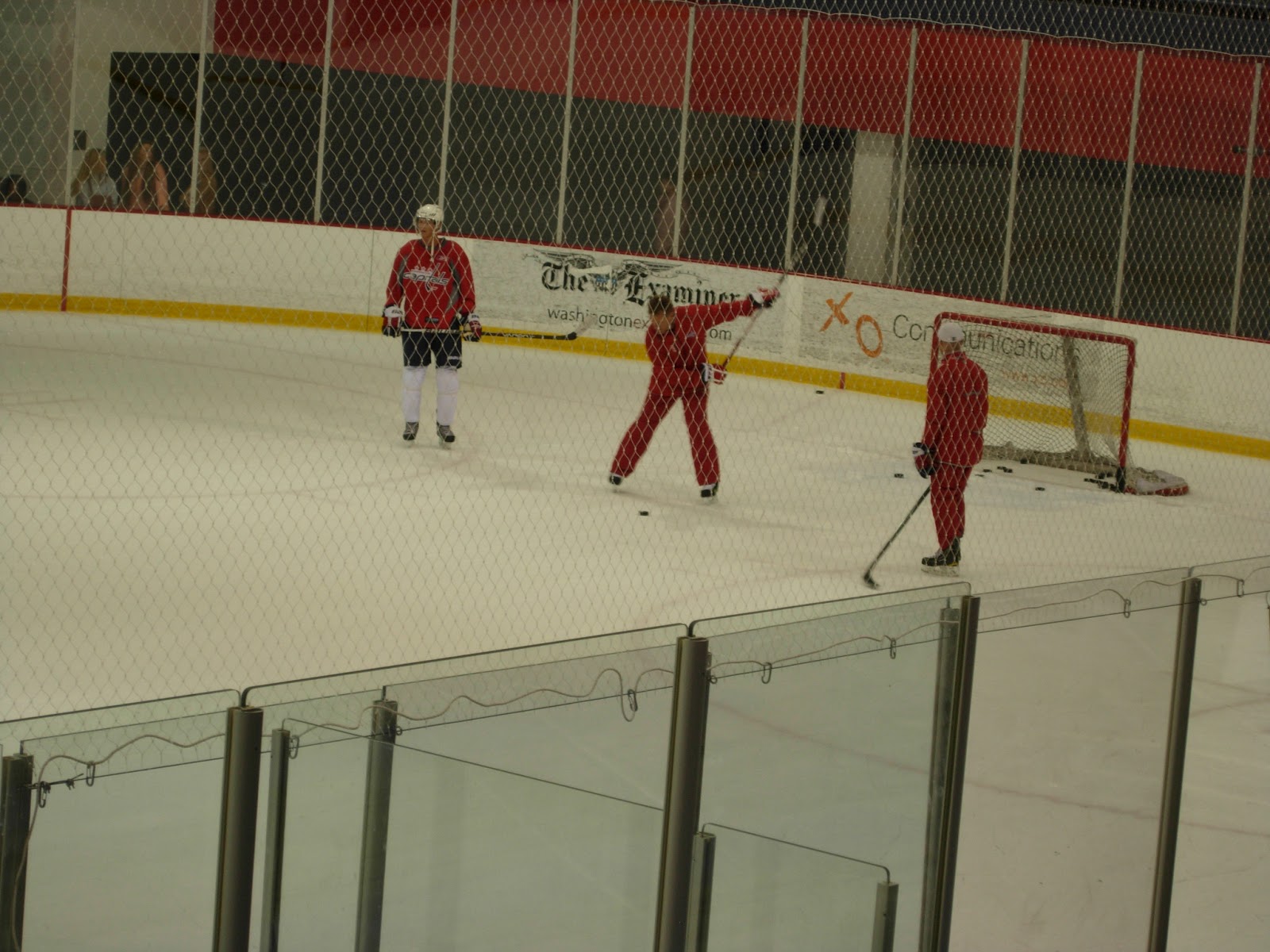 Watch this, rook... off the wall...middle of the net 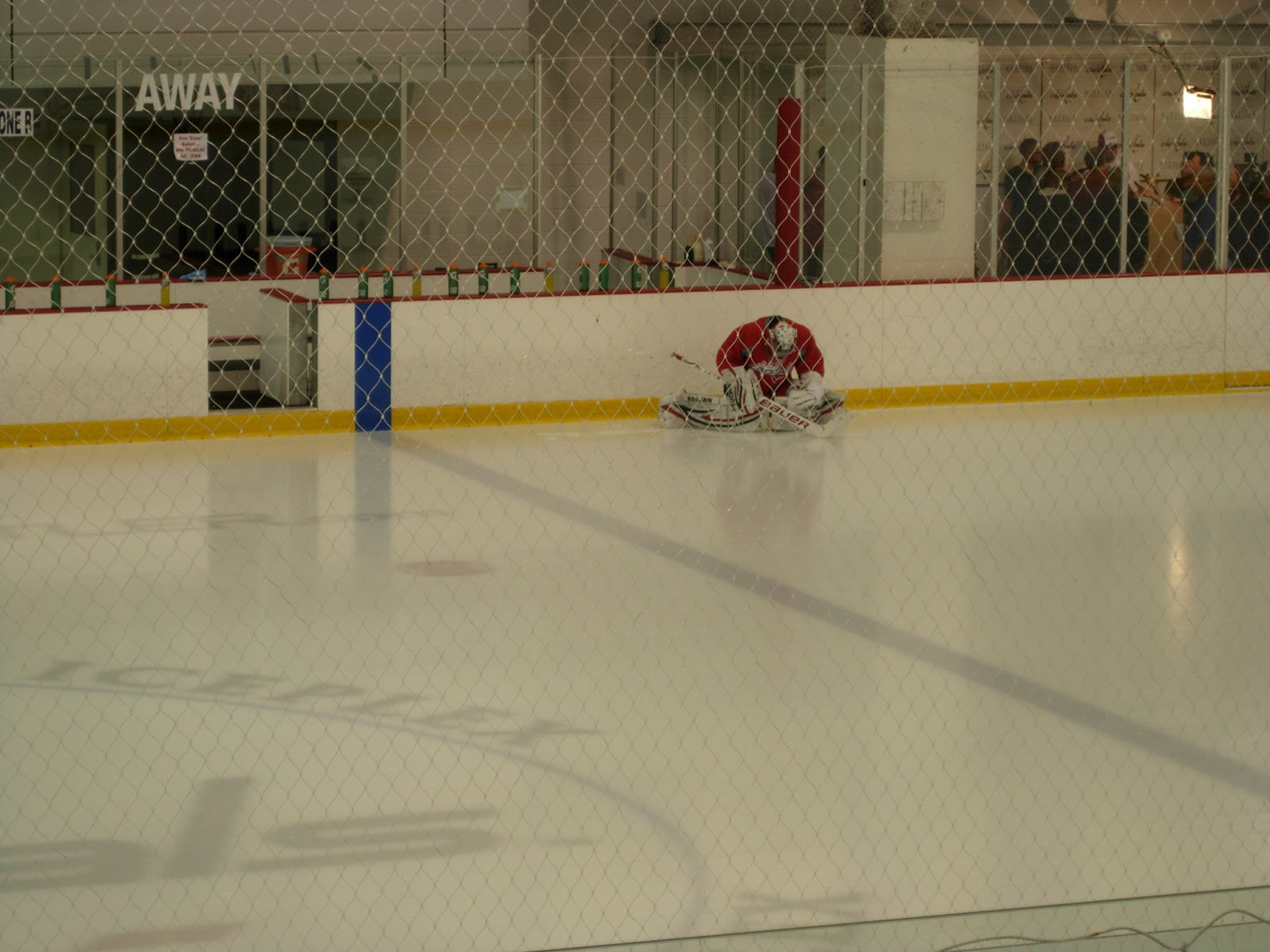 Lonely goalie...nobody to play with... 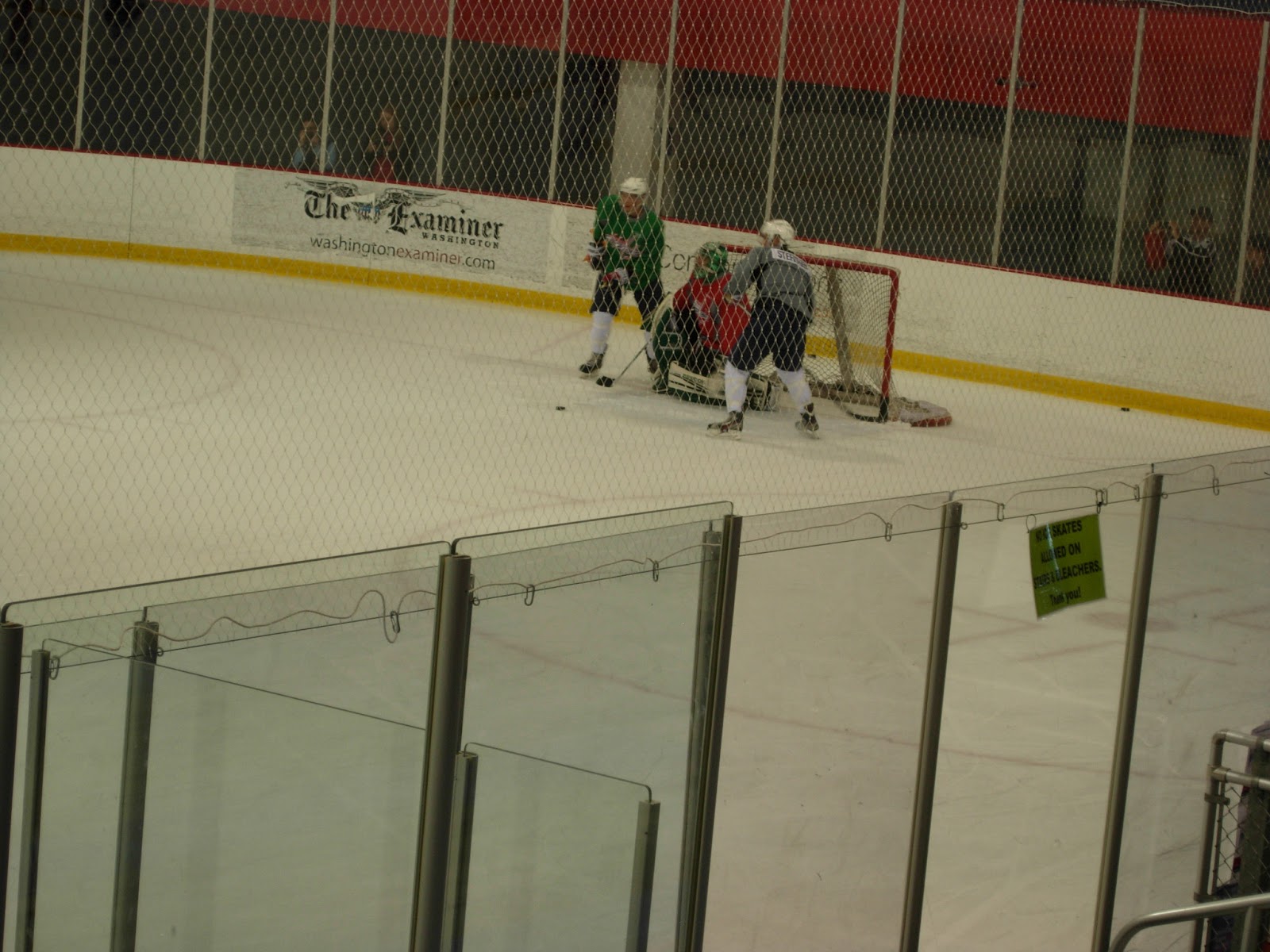 Hey...aren't there defensemen in this drill?? 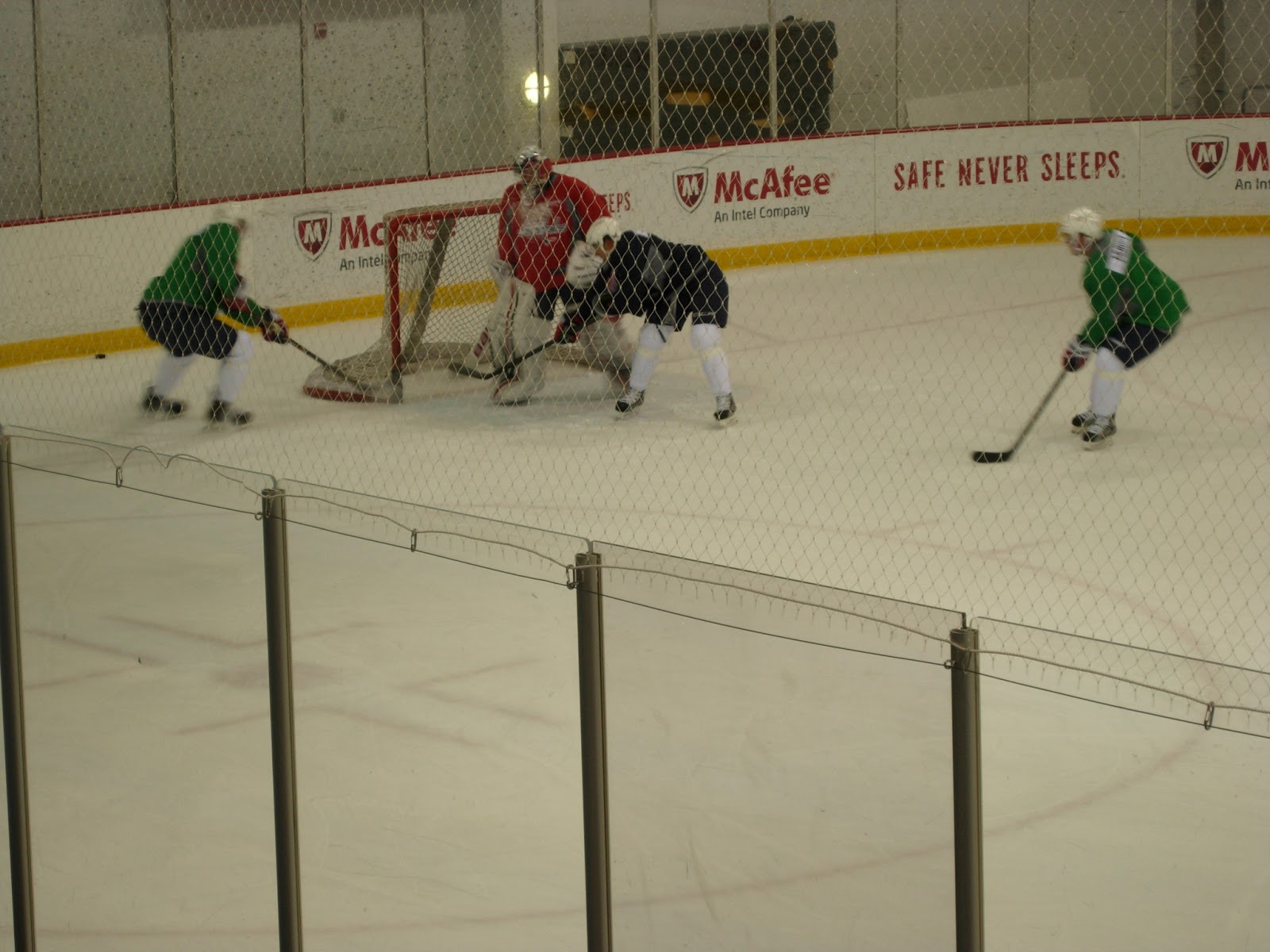 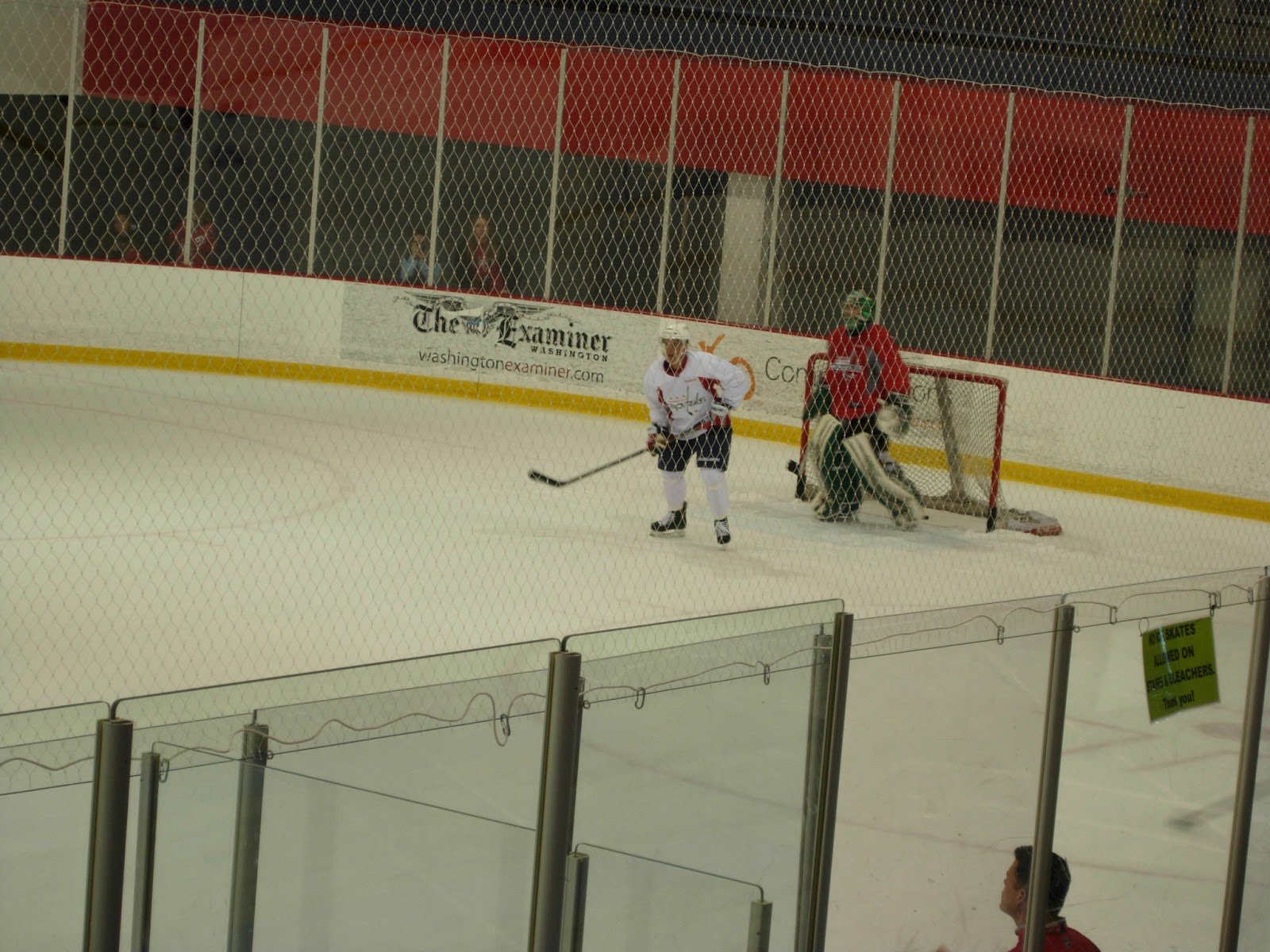 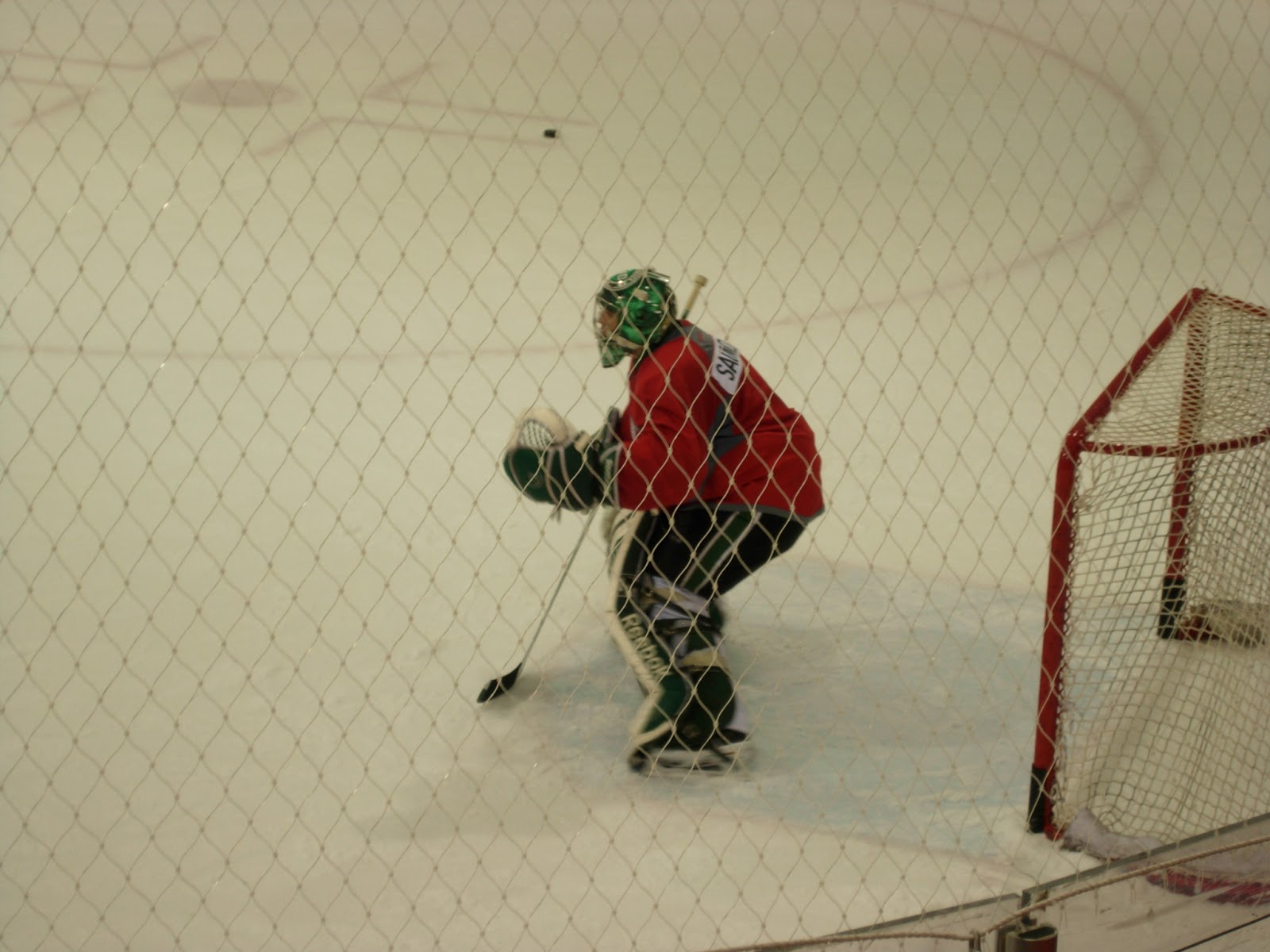 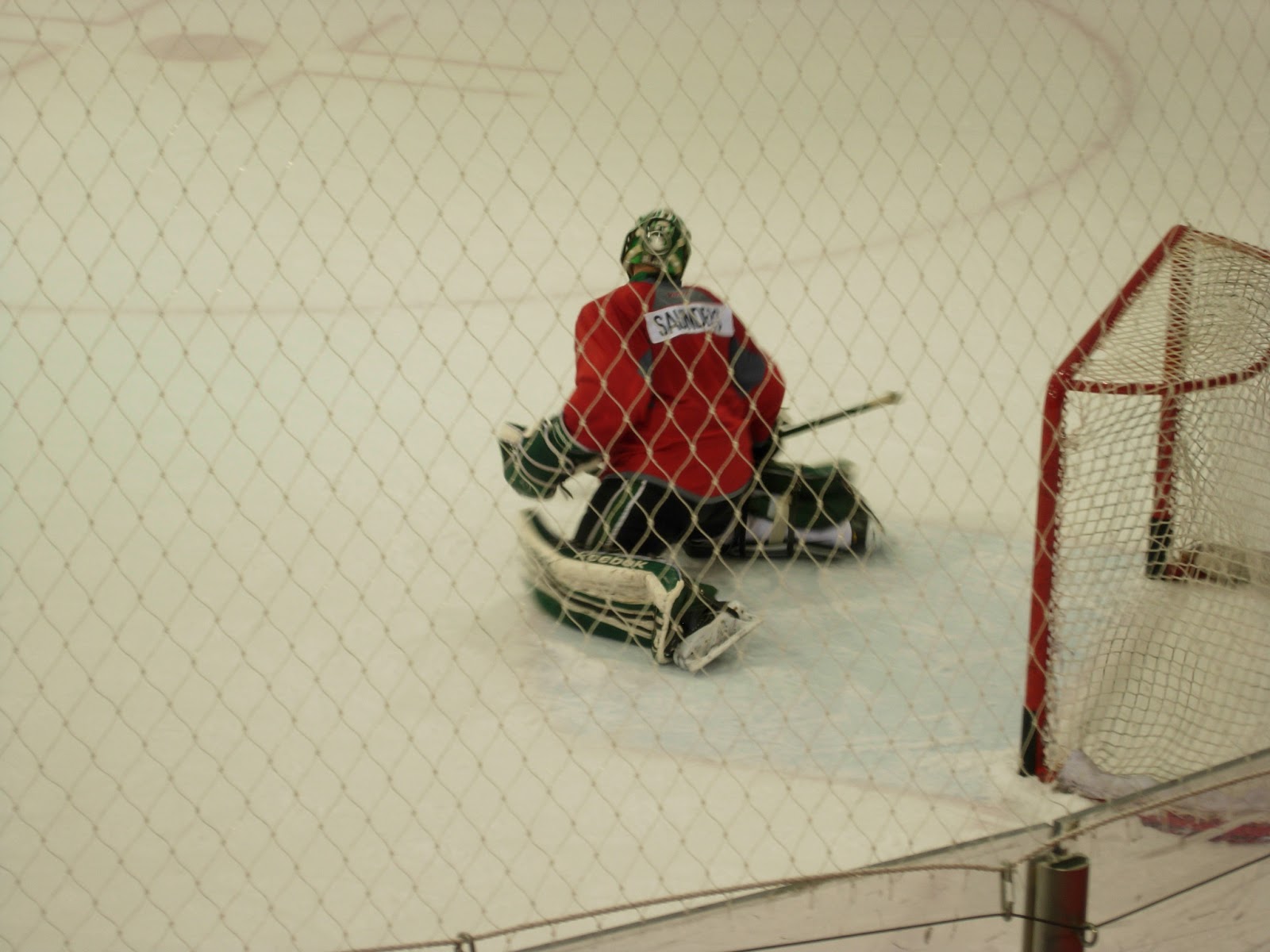 Anderson wasn't in goal, that was Stretch (the goalie without the number on his back.) I had received the invite to watch from the balcony and asked about who was that goalie. Told that it was Stretch. Do not know why Anderson wasn't out there with the first group. Watching Calle and Kolzig playing that game made my day.

Thanks for that correction...we were wondering about that.