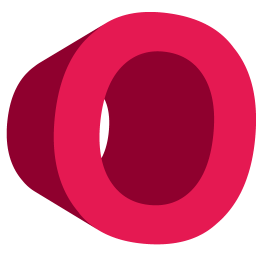 If you were to sneak into Verizon Center right about now, you would probably see a burly young man in a red jersey sitting in the penalty box. Surely there has to be another penalty in there.

The Washington Capitals took a lead into the third period, but marching to the penalty box with the precision that would make John Philip Sousa proud (if not head coach Adam Oates or the players), the Caps had six shorthanded situations to kill off.  They would kill off five of them, but the sixth one did them in as the Devils skated off with a 3-2 win in the first half of the two-game set at Verizon Center this weekend.

The Caps had trouble defending on special teams in this one at both ends of the ice.  The Caps opened the scoring mid-way through the second period when Mathieu Perreault stuffed a rebound of a Troy Brouwer shot past Devils goalie Martin Brodeur.  But less than two minutes later the Devils tied it on a Caps power play when Adam Henrique stripped John Carlson of the puck behind the Caps’ net, then after taking a return pass from Patrik Elias, fed Elias going to the net for the shorthanded equalizer.

Barely a minute after that the Caps converted their power play.  Mike Ribeiro gave the Caps the lead once more when he kicked the puck onto his stick, spun, and fired from the slot past Brodeur.  When the Caps took that 2-1 lead into the locker room after 40 minutes, it looked pretty good.  The Caps were 3-2-0 when leading after 40 minutes, while the Devils were 0-3-1.

Then the referees found their whistles.

Having taken only an inconsequential holding penalty by Mathieu Perreault in the first period, which the Caps killed off, the Caps would be whistled for six minor penalties in the third period in the space of 9:35.  Six different players were sent off for six different kinds of infractions.  Twice the Devils had 5-on-3 advantages for a total of 2:28 and yet managed only two shots on goal.  It was the second of those shots at 5-on-3 – a rocket of a one-timer from Ilya Kovalchuk – that broke a 2-2 tie (Andrei Loktionov having tied the game earlier in the period) and provided the winning margin.

-- Ilya Kovalchuk was a monster for the Devils.  In addition to the game-winning goal, Kovalchuk skated 28:58 in ice time (including a 3:52 shift when the Devils were on one of their extended power plays), had seven shots on goal, 14 shot attempts, and he was on the ice when the Devils were defending against an extra Capitals attacker over the last 1:22 of the game.

-- His score sheet would not shine as bright as Kovalchuk’s, but Alex Ovechkin played with an intensity that has been largely absent from his game this season.  He was the “bull in the china shop” once more, with four hits of an enthusiastic quality (and one other that got him sent to the box for, of all things, a “tripping” call).  He had four shots on goal, 11 shot attempts, and two takeaways in 22:39 of ice time.  That time on ice looked more impressive given how much time the Caps spent killing penalties in the third period (he had just over six minutes of ice time).

-- The Capitals had only three shots on goal in the third period, one shot on goal in the last 13:34 of the game.  That was an 87 foot wrister from Ovechkin that nearly handcuffed Brodeur in the last minute of regulation and the Caps down a goal.

-- The Caps skated only 14:05 of even strength ice time in the third period, 1:39 of that being 4-on-4 whe Nicklas Backstrom and Adam Larsson were sent off on coincidental minor penalties.

-- John Carlson’s head just does not seem to be in the game consistently.  He was on ice for all three Devils goals, and his being pickpocketed by Adam Henrique, leading to the Devils’ first goal, was just ghastly.  He has been on ice for 14 of the 17 power play goals scored by opponents this season and the Caps' lone shorthanded goal against.

-- Troy Brouwer had a pretty decent game for the Caps.  Two assists, three shots, and four hits.  And he did not go quiet into that good night at the end of this one.  He was docked ten minutes for rendering an opinion on the officiating as the teams retired to their locker rooms after the final horn.

-- Speaking of the latter, two of the Devil goals were scored shortly after winning faceoffs, including the game-tying goal.  Andrei Loktionov beat Mike Ribeiro cleanly and went to the net as Adam Larsson was about to fire a shot.  Loktionov put back the rebound five seconds after the draw to complete a rather simple play the way one teaches it.

-- The Caps had one shot on goal from a defenseman in this game, that by Carlson.  And while we are at it, Carlson does deserve a mention to the good for assuming the Mike Green role with Green on the bench with an injury.  Carlson had one shot six shot attempts, four hits, and five blocked shots in 30:34 in ice time, that last number leading both teams.

-- We noted in the prognosto that Martin Brodeur has not been seeing a heavy shot volume this season (fewer than 24 shots per 60 minutes).  Well, there it was.  Brodeur faced almost no work in the first and third periods – seven shots total, all of which he stopped.  He looked quite ordinary in the second period when he allowed two goals on 12 shots.

In the end, the Caps are what they are.  They have too many holes in too many places, too little depth to deal with injuries, and just are not good enough elsewhere to beat good teams like the Devils when they have to overcome adversity to do it.  The Caps were outshot 30-12 at even strength.  One might argue that there might have been a touch of fatigue factor in that (the Caps were outshot 10-3 at even strength in the third period), but that is hardly an explanation for the final result.

The Caps slipped another point in the standings, dropping the decision in regulation while the eighth-place New York Rangers stole a Bettman point from Ottawa to go seven points up.  And with all the drama going on in Buffalo these days, the Caps are two points behind the woeful Sabres.  Right now, the Caps are the worst of the 30 teams in the NHL, and what is worse, they seem to have no answers to climb to 29th, let alone contend for a playoff spot.