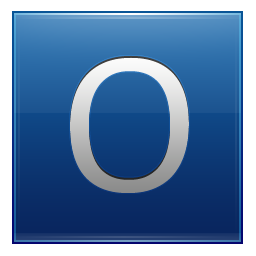 The Caps looked lost in their own end. Nathan Horton floats a puck cross-ice into the corner…Troy Brouwer cannot make a play on it… Milan Lucic picks up the puck, feeds it out front, and Horton scores… 1-0.

Andrew Ference pounds the puck hard into the corner from center ice…it spins around the boards to Jack Hillen, who hears the freight train coming in Lucic.  Hillen flinches, and Lucic picks up the puck.  He flicks the puck out front, and David Krejci snaps it in…2-0.

After Marcus Johansson “scored” when Krejci passed the puck off Johnny Boychuk’s skate and into his own net to make it 2-1, Krejci carried the puck into the Capitals’ zone, turned Joel Ward around, then slid the puck off to Nathan Horton.  Horton then slipped the puck to Andrew Ference, who was in space because Steve Oleksy bit on Horton’s move across the high slot…3-1.

Finally, Rich Peverley beat Jay Beagle on a faceoff on a Bruin power play… after working the puck back and forth at the top of the zone, the puck found its way in front where the Bruins were whacking at it as the Caps were looking around trying to find it.  Bang…Peverley backhands it in, and it’s 4-1.

-- That power play goal for Boston was only their fourth of the season on 41 chances in 13 home games.  They were the worst team in the league on the power play at home coming into this game.

-- It is just more of the same for the Caps… they are now 2-5-0 against the Northeast Division to go with their 2-7-1 record against the Atlantic.

-- Brad Marchand is a coward.  Really, what other adjective applies?  He jumps a guy who in 13 seasons had never had a fight?  But really, what does one expect from that clown?

-- The Caps managed to keep the line of Patrice Bergeron, Tyler Seguin, and Marchand off the score sheet – they had been the Bruin’s engine on offense recently.  But the line of Krejci, Horton, and Lucic was 2-7-9, plus-5.

-- The Caps’ top line reunited Alex Ovechkin with Nicklas Backstrom, but left wing was a mess.  First, Aaron Volpatti.  Then, Matt Hendricks.  Then, Volpatti again.  Then, Hendricks again.  Finally, in the third period, it was Jason Chimera.  Backstrom, Ovechkin, and Chimera finished with 11 shots on goal – one-third of the total for the Caps…and no points.

-- Michal Neuvirth did not have his best game in memory, but he hardly had any help.  The Caps just had no sense of where they needed to be in their own end. They were beaten to pucks, ducked away from hits, and had their heads on a swivel looking for the puck as the Bruins skated freely about them.  If anything, Neuvirth kept things from being much worse than they could have been.

-- Steve Oleksy once more had the most ice time of any skater for either team (24:01).  He also tied for second in shots on goal in this game for the Caps (four).

-- The Caps were 5-for-22 on faceoffs in the offensive end.  They were marginally better in the defensive zone, going 9-for-21.  Either way, it was ugly.

-- The 38 shots allowed is the tenth straight time that the Caps have allowed opponents at least 30 shots in a game.  They had 33 of their own, making it the first time since they had 30 or more since recording 40 in a 3-0 win over Carolina on February 26th, ending a string of eight games with fewer than 30.

In the end, this is probably what the rest of the season holds in store.  There will be the odd win against Southeast Division teams (four of the last five Caps wins are against Southeast Division clubs).  Then there will be a great big dose of reality against teams that have genuine playoff aspirations (the Caps are 1-4-0 in their last five games outside the division).

This game was a reflection of the directions in which these teams are headed.  The Bruins, perhaps with the Penguins, are probably the class of the Eastern Conference.  The Caps, on the other hand, are headed in the other direction.

The Bruins, they're better.  Right now, just about everyone is better.

Good, as usual, review and that's why The PP, I wondering when you start posting your real prognosis of the outcomes. Otherwise, you have like less than 40% success rate for This Caps. Which is less than a coin flip and not good for prognostications. If you dont want to put Caps on losing side, just type symbols at the end of the article that above the numbers on regular keyboard, where 1 is !, and 0 is ), ie Caps lost to Bos !:$. )