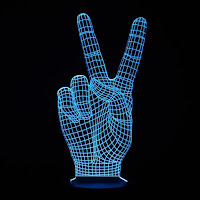 The Washington Capitals opened their three-game road trip with a visit to Pepsi Center in Denver to face the Colorado Avalanche.  The Caps were looking to avoid a third straight loss, while the Avalanche were trying to post a sixth consecutive win.  It looked grim for the Caps early, the Avs going out to a 2-0 lead in the first period.  But the Caps slowly ground the home team down and used a critical penalty kill when two men short for a minute late in the second period as a momentum changer, catching and passing the Avs late to finish with a 3-2 win.

It did not take the Avs long to post the first goal of the game, and it would be, fittingly enough given the Caps’ recent woes, a former Cap to do the damage.  At the Caps’ blue line, Nathan MacKinnon tried to walk around John Carlson, and Carlson snapped the shaft of his stick trying to defend.  That created a 2-on-1 advantage for the Avs, with Michal Kempny back.  MacKinnon was patient enough to wait out Kempny until the latter went to the ice, and MacKinnon slid the puck across to Andre Burakovsky at the bottom of the right wing circle for a one-timer that beat goalie Braden Holtby on the near side to make it 1-0, Colorado, 2:54 into the game.

The Caps spent the next dozen minutes hanging on against the speed of the Avalanche, who kept the Caps pinned their own end.  Colorado then got the game’s first power play when T.J. Oshie was sent off at the 16:36 mark for high-sticking.  It took the Avalanche less than 30 seconds to convert the man advantage.  Skating down the right side, MacKinnon left the puck for Mikko Rantanen along the right wing wall.  Rantanen cut to the middle and shooting across his body, snapped the puck into the top corner over Holtby’s glove to make it 2-0, 16:05 into the period.

That would be the extent of the scoring, the Caps barely threatening, and Braden Holtby doing a good job keeping the Caps with a pair after the first 20 minutes.

-- Want to know if the Avs had the puck a lot?  Three Caps had three credited hits apiece – Dmitry Orlov, Radko Gudas, and T.J. Oshie.

Washington went shorthanded for a second time when Lars Eller was sent to the penalty box for slashing 6:49 into the period.  The Caps killed that penalty, allowing a single shot on goal.  Their effort was rewarded shortly thereafter when they were awarded their first power play of the evening, Tyson Jost going off for high-sticking at 10:32 of the period.  The Caps converted their chance when Nicklas Backstrom backed across the blue paint to the right of goalie Philipp Grubauer to put himself in position to accept a pass from Jakub Vrana, who was setting up along the right wing wall.  Vrana’s pass was right on the tape, and Backstrom merely had to redirect the puck past the right pad of Grubauer to get the Caps within a goal at the 11:37 mark.

Washington went right back on the power play when Erik Johnson went to the penalty box for a high-sticking penalty.  The Caps were unable to convert, though, putting one shot on goal in the two minutes.

The march to the penalty boxes continued when the Caps’ Nic Dowd went off for holding at the 15:47 mark.  It became a 5-on-3 advantage for Colorado when Lars Eller chipped the puck over the glass for a delay of game penalty at 16:47 of the period.  The Caps killed off the 60 seconds of 3-on-5 penalty killing, and then the remaining time of the 4-on-5 situation.  They were rewarded with a power play of their own when Joonas Donskoi was called for slashing at the 18:57 mark.  The Caps could not convert the first 63 seconds of the man advantage, and the teams went to the dressing room with the Avs clinging to their 2-1 lead.

-- Jakub Vrana led the Caps with five shots on goal through two periods.

The Caps opened the period on the power play that carried over from the end of the second period but could not get the equalizer.  The Caps tilted the ice in the Avs’ direction over the next ten minutes and eventually got the home team to take another penalty, Burakovsky going off for high-sticking at the 11:13 mark.

The Caps had a chance when Grubauer left a rebound laying in the crease on an Ovechkin shot, but he was able to stymie Vrana’s follow-up attempt from point-blank range.  The Caps put one past Grubauer, though, when Lars Eller circled in the right wing corner and fed the puck back to John Carlson at the point.  Carlson’s drive was re-directed out of mid-air by Wilson, down and through Grubauer at the 12:48 mark.

The Caps took their first lead of the game late in the period.  Lars Eller worked the puck free below the Colorado goal line and fed it out to Nick Jensen at the right point.  Jensen worked the puck back and forth, getting Gabriel Landeskog moving side to side and opening a shooting lane.  Jensen fired, and T.J. Oshie redirected the puck past Grubauer’s right pad to give the Caps a 3-2 lead at the 17:56 mark, a lead the Caps would maintain over the last 2:04 to defeat the Avalanche.

-- The Caps came back from a two-goal deficit for the eighth time this season, tied with Dallas for most in the league.

-- Braden Holtby kept the Caps in this one. He allowed two goals on the first nine shots he faced, neither of which could be attributed to a mistake on his part, but then he slammed the door, stopping the last 25 shots he faced, many of them from high-danger areas until the Caps started wearing the Avs down late.  It was bizarre that he did not get a star for the game.

-- Jakub Vrana finished with a career high ten shots on goal to lead the team.

-- That 700th goal for Alex Ovechkin will have to wait, but he’s close.  He had seven shots on goal and 16 shot attempts.

--  The Caps had a total of 11 power play shots on goal from seven different players in 8:40 of power play ice time.

-- The Avs came into the game having scored 80 second period goals, most in the league.  The Caps shut them out, only the sixth team to keep the Avalanche from scoring in the second period on home ice in 27 games in Denver.

-- This was only the second time in their last ten road games that the Caps allowed fewer than three goals.

-- John Carlson had a pair of assists to give him 69 points and bring him to within one point of becoming only the fifth defenseman to post more than one 70-point season since 2005-2006.

For 20 minutes it looked as if this game would go the same way the game between these teams went in Washington last October when the Avalanche won, 6-3.  But the Caps found their legs and an attitude in the second period, pushing and keeping the home team to the outside.  The 5-on-3 penalty kill late in the second period was huge, a classic momentum changer.  The Caps, after playing the Avs’ speed game for the first 30 minutes, forced the home team to play a game more to the Caps’ liking in the third period, and that made all the difference in what might have been the Caps’ best effort in the new year to date.