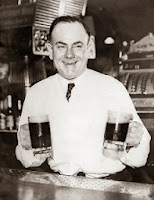 The Washington Capitals found themselves down by three goals twice in their home opener on Thursday night against the Calgary Flames, but they came back to tie the game late and win it in the Bettman Round, 5-4, over the Flames at Verizon Center.

It looked grim for the men in red early when the visitors abused starting goaltender Braden Holtby for three goals on 11 shots in the first period.  That would do it for Holtby’s evening, Michal Neuvirth coming in to relieve Holtby barely 16 minutes into the game.

It looked as if it might get worse when Connor Carrick took a hooking penalty 5:21 into the second period.  The Caps held the Flames off on the ensuing power play, limiting Calgary to two shots, and when Carrick was sprung from the penalty box, Marcus Johansson found him on a stretch pass at the Flames’ blue line.  Carrick faked goalie Karri Ramo to the ice and tucked the puck around his left pad for his first NHL goal.

That might have led to a torrent of goals, but it was Calgary who regained their three-goal margin just 1:35 later when Lance Bouma (who had an interesting evening) took advantage of a misplay of the puck by Neuvirth behind the Caps net to convert a pass from Brian McGrattan for a lay-up and a 4-1 lead.

That might have spelled doom for the Caps, but David Jones took a high-sticking penalty, and the torrent was at hand.  Mike Green teed one up for a one-timer by Alex Ovechkin, but Ovechkin’s drive was tipped by Flames defensemen T.J. Brodie.  The puck changed direction and tumbled past the left pad of Ramo, finding the back of the net to draw the Caps within two.

Four minutes later it was Ovechkin again, this time off a faceoff win by Nicklas Backstrom.  The draw came to Ovechkin at the top of the right-wing circle, and Ovechkin wasted no time wristing the puck over Ramo’s glove and under the crossbar to get the Caps to within a goal.

The Caps got all the way back with 5:50 left in the third period when Nicklas Backstrom waited patiently for a clot of players in the left wing circle to sort out who had the puck.  The biscuit slid over to a wide-open Backstrom at the edge of the right-wing circle, where he settled it and wristed it past Ramo to tie the game at 4-4.

Overtime went by without incident, if not without concern given Calgary’s domination of zone time, which led to the Gimmick.  The Caps made short work of the trick shot portion of the show, first with Mikhail Grabovski flipping home a backhand over a sprawled Ramo, then Ovechkin doing the same on the other side of the net, while Neuvirth turned away Sven Baertschi and Jiri Hudler to give the Caps a win in their home opener.

-- Given that this was the Flames’ season opener and that the Caps had a game under their belts, it seemed odd that it was the Flames who had jump and didn’t look stiff to open the game.

-- Last season it took Alex Ovechkin ten games to get to five points.  This season, two.  This is his quickest to five points since the 2009-2010 season when he had three points in each of his first two games.

-- Lance Bouma had, as we said, an interesting evening.  His check on Jack Hillen mid-way through the first period against the side wall ended Hillen’s evening, Hillen apparently suffering a significant knee injury.  Bouma then engaged with Tom Wilson in a bout and later added what would be Calgary’s last goal of the evening.  A lot of stuff for a guy who skated only 6:44 on the night.

-- For Hillen it was the second time in two seasons he suffered significant injuries early in the season.  Last year it was a shoulder injury suffered in the season opener against Tampa Bay.

-- Marcus Johansson recorded three assists in as quiet a fashion as one could imagine. It was his first career three-point game.

-- Mikhail Grabovski, who had a hat trick in the opener against Chicago, did not have a shot on goal in this game.  He did have an assist, though, enabling him to share the league scoring lead with Ovechkin (five points).

-- Yes, the Caps had two more power play goals tonight in three chances.  That’s 5-for-9 in two games (55.6 percent).  But they were outscored, 3-2, at even strength (one of those even strength goals coming on a break after a Calgary power play expired) and have been outscored by 8-3 at evens so far.  The Caps need to play several levels better at 5-on-5.

-- Martin Erat… 6:30 in ice time.  That’s 15:31 through two games.  He has averaged 16:52 per game over his career.  It is the first time since the start of the 2003-2004 season that Erat has played two consecutive games with less than 10 minutes of ice time.  If you are keeping score (and we know you are), Filip Forsberg is expected to miss Nashville’s first two games with a lower body injury (he did not play in the Predators’ 4-2 loss to St. Louis tonight).

-- It is not news when Alex Ovechkin leads the team in shots.  He did so again tonight with 11 shots on goal.  But Karl Alzner and Connor Carrick tied for second with four apiece? O-o-o-o-o-o-kay.

-- Mike Green had more blocked shots (five) than the rest of the defense combined (three).

-- Ovechkin wins the free pass to the buffet… two goals, an assist, a minor penalty, 11 shots, 17 shot attempts, five hits, and a takeaway.

In the end, the Caps looked very Boudreau-ish tonight.  Fall behind, then go through the opponent’s defense like a chain saw over the last 40 minutes.  We don’t know that this is a formula for success, especially one so dependent on the power play.  Calgary did a very good job of crashing the net, being a nuisance to which ever goalie was in for the Caps.  Their lack of skill was apparent, though, as the game wore on, just as the Caps’ deep skill level was apparent.  The Caps catch a break with a manageable stretch of their schedule coming up – Dallas, Carolina, Colorado, and Edmonton – with no back-to-back games (and no games from Saturday's contest with Dallas through Wednesday of next week).  It should give them an opportunity to work out the kinks in their game.  And they have quite a few to work out.