The War Between the States

The Peerless was not able to attend the festivities honoring Dave Fay this afternoon, but “The Voice of God,” John Facenda weighs in . . . 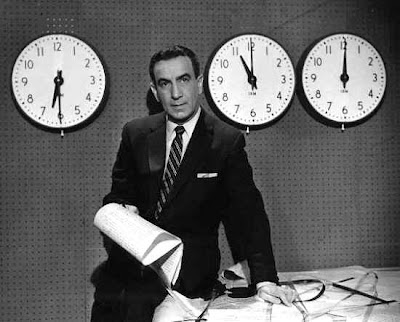 On the frozen tundra of Kettler Capitals Iceplex the players, clad in blue and gray, harkened back to the armies of and in the War Between the States…hard men and women defending their honor and virtue. The skates slashing into the freshly surfaced ice were like those sabers unsheathed in preparation for battle so long ago. The pucks ricocheting off the glass were the sound of minie ball fired by elite marksmen. 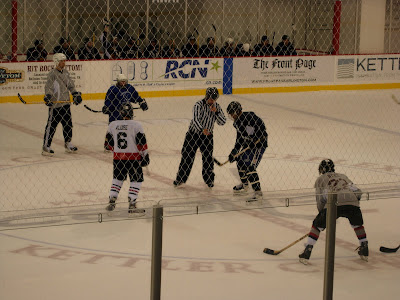 Upon the drop of the puck, the Army of the established a territorial advantage that they would not soon relinquish. Waves of blue-clad northerners swept through the end of the ice like a cold wind from White Flint Mall. The Army of Northern Virginia fought gallantly, but yielded two goals before the game was ten minutes old. A rout was in the offing, but the rebels summoned the courage and audacity of their ancient brethren to halve the deficit as the period was waning.

But just as the Virginians were climbing back into the battle, the comeback was thwarted by a goal with one-tenth of a second remaining in the period. It would be a grim harbinger of what was to come in the second period as the Marylanders redoubled their efforts in an assault on the Virginians. The speed and swiftness of the Marylanders proved too much for the Virginians to cope with in that pivotal second period…the forged a wide margin to put the Southerners on the verge of a level of carnage not seen since…well, in a long, long time.

The second period ended with the Virginians licking their wounds, which was amazing in itself given all the equipment they were wearing. The Marylanders appeared confident to the point of giddiness, the giddiness of a schoolboy dreaming of a Sunday afternoon when he could take a turn on the fabled Kettler Capitals Iceplex ice sheet. 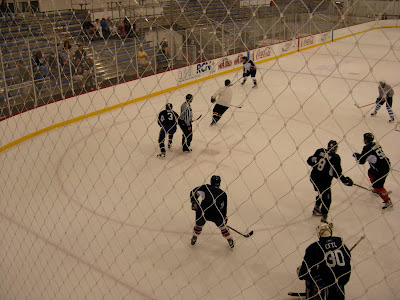 But a hockey game is three periods long, and the Virginians were of a mind to provide the Marylanders with a lesson that hard reality. In a counter attack that lacked only for the spine-chilling rebel yell, the Virginians stormed the zone, peppering the goal with puck after puck. It was a prodigious display of hockey aplomb, but for all their efforts, they could only fight the team in blue to a standoff in the final stanza. The Marylanders held on for a 16-8 win in a contest that was much, much closer than the final score indicated. 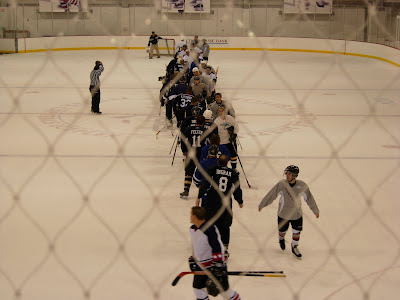 And so, on the frozen tundra of Kettler Capitals Iceplex, another chapter in the storied rivalry between the north and south was written in the struggle to possess Lord Brown's Boot. Skaters stooped by age will regale their grandchildren with the exploits of this day. Bull Run.…Antietam....….Kettler…battles in the civil war that will transcend history. 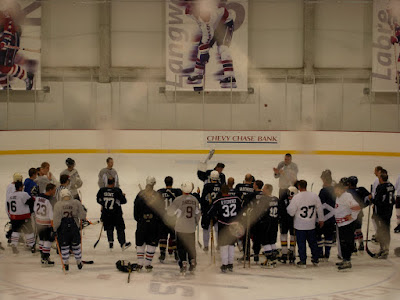 Don't mistake any of the above for anything but respect for all involved. The game was played in honor of Dave Fay, who passed way earlier this month after a long battle with cancer. The proceeds were donated to "Hockey Fights Cancer," a joint initiative founded in December 1998 by the National Hockey League Players' Association and the National Hockey League to raise money and awareness for hockey's most important fight. It is for that reason that while all of the members of the and teams represented themselves well on the ice, the three stars have to go to Gavin Toner, Rob Keaton, and Ben Wilson, for their work in putcanceronice.org.

Posted by The Peerless at 9:04 PM No comments: