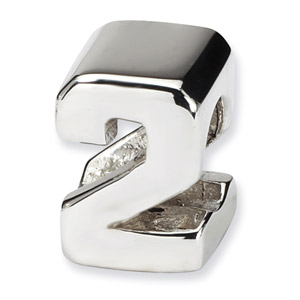 The Washington Capitals made it eight wins a row last evening with a very complete 5-1 demolishing of the Toronto Maple Leafs at Verizon Center.

The win prevented the Maple Leafs from clinching their first trip to the playoffs since 2004 and allowed the Caps to maintain their four point lead on Winnipeg, which resides in second place in the Southeast Division and ninth place in the Eastern Conference.

The teams spent the much of the first period looking for an opening but finding none until the 15th minute of the period.  Eric Fehr outdueled Mark Fraser for the puck behind the Leafs’ net and slid it to Jason Chimera along the left wing wall.  Chimera had difficulty fishing the puck out from his skates but managed to move it along to Jack Hillen at the left point.  Hillen fired a shot that nicked the stick of Toronto’s Nazem Kadri on the way through, the puck angled just enough to jump over the glove of goalie Ben Scrivens and in, giving the Caps the 1-0 lead.

The Caps put the game away in the second period with three goals, two of them coming in short order early in the period.  The first came just after a Toronto penalty expired when an Alex Ovechkin drive from the left faceoff circle was tipped in from the top of the crease by Martin Erat.  It was Erat’s first goal for the Caps.

The second goal of the period came less than three minutes later and started with a pile up in the neutral zone.  Mike Ribeiro and Jake Gardiner got tangled up with Gardiner tumbling to the ice, creating just enough confusion to allow the Caps to get free with a 3-on-2 break.  John Carlson and Troy Brouwer led the rush, Carlson feeding Brouwer in deep for a deke and a backhand through the legs of Scrivens to give Washington a 3-0 lead 7:55 into the period.

The competitive portion of the evening ended late in the second period when Alex Ovechkin scored a goal of his own on a power play.  Mike Ribeiro got things started when he carried the puck into the Toronto zone, held up to get the traffic pass him by, then skated the puck down the right wing wall.  From there he moved the puck back out to Mike Green at the right point.  Green spied Ovechkin in the left wing circle and sent the puck over for a one-timer than Ovechkin blew past Scrivens.

The teams exchanged third period goals, Toronto spoiling goalie Braden Holtby’s bid for his fifth shutout of the season when Mikhail Grabovski scored on a deflection of a Ryan Hamilton shot.  Marcus Johansson got it back midway through the period on a power play when he put back the rebound of a Mike Green shot that bounced hard off the back wall.  That would be all for the scoring, the Caps skating off with a 5-1 win.

-- The Caps’ power play is alive again.  The two power play goals makes it 5-for-15 in the last three games.  We made the point that the Leafs were among the most penalized teams in the league, and the six power plays awarded to the Caps certainly were consistent with that.  The six power plays for the Caps were topped in only two games this season, one being a seven power play contest against Philadelphia on February 27th (a 4-1 loss) and an eight power play game against New Jersey on January 25th (a 3-2 overtime loss).

-- Keeping Toronto off the scoreboard early was a key.  Only one team in the league had more wins in when leading after one period, making the 1-0 lead the Caps took to the locker room at the first intermission a bonus.

-- How they got to that first intermission with a lead was due, in no small part, to winning the first ten faceoffs taken in the game.  No puck, no score.

-- There was also the matter of volume and getting shots on goal with a goalie that had not played since March 26th.  The 37 shots on goal recorded by the Caps – 25 in the first two periods when the game was still competitive – was five shots above their season average.

-- Mike Ribeiro’s two points make him 1-7-8 in his last six games and lift him into a tie for 12th place in the league in points.

-- Every Capital skater had a shot on goal except John Erskine and Mathieu Perreault.

-- Maybe it was the fact that Toronto played on Monday night, but the Maple Leafs managed only 27 shot attempts (18 on goal) over the first two periods.

In the end… the game turned on a five-minute sequence late in the first period.  Less than a minute after the Hillen goal, Jay McClement rode Nicklas Backstrom into the boards in front of the Leafs’ bench.  Alex Ovechkin “leaped over the turnbuckle” (as the Toronto broadcasters put it) to come to Backstrom’s defense.  Ovechkin would get the only penalty – a charging call – and the Caps would kill the ensuing Toronto power play. Then, when McClement reappeared on the ice, Jason Chimera made sure he paid his pound of flesh for the pain visited on Backstrom, outdueling McClement in a battle of fists.

It could have ended much worse for the Caps – an injured Backstrom when he was boarded by McClement (a call that was not made), Ovechkin getting hurt in the scrum that followed, the Maple Leafs tying the game on the power play that followed.  But in the “all’s well that ends well” frame of mind, the Caps stood up to the aggravation, killed a penalty, held the lead, and built on it from there.  It was five minutes that could be important to this team down the road.