Development Camp 2013 for the Washington Capitals got off to a rousing...well, early...start this muggy Monday with a morning of on-ice testing.  The on-ice testing was confined to skating drills, one of the timed-between-the-blue-lines test, another of a sprint from a standing start behind the goal line to the red line, and the last being the infamous "slalom" that starts goal-line left, circles out and around the top of the face-off circle, down and around the bottom of the opposite circle, then a sprint to the finish at the blue line.

Two teams participated in the morning on-ice testing sessions on the Arlington Rink at Kettler Capitals Iceplex.  Let's see if we got this right in terms of participants:

Refer to this excellent summary for more details on the players.

There is little in terms of excitement in this phase of camp. Much of it is standing around as the sensors are put in place (and that infernal tone shuts off to indicate they are in alignment).  But the slalom does have its moments.  Someone always wipes out.  Must be that the coaches, being sadistic sorts, lay down the path by pouring water on the surface.  Makes things nice and slick.  In the first session the unfortunate soul to skid off into the boards was Connor Carrick.  He was given a round of sympathetic stick taps for his effort, if by "sympathetic" you mean, "derisive."  It's the law.

The second session saw a two-fer in the slalom wipe out competition.   Nate Schmidt hit the far wall on turn two in a wipe out worthy of a NASCAR race at Darlington Raceway.  He was immediately followed by Connor Kucera, whose effort was less spectacular, but none the less for style.  It was a difficult morning for "Connors."

As an added treat, when the first Team White was finished with its on-ice testing, it was over to the Capitals Rink to give the goalies some work -- Sergey Kostenko, Clarke Saunders, Louis-Philip Guindon, and Brandon Anderson.  Most of the work was of a reflex sort, shooters being fed the puck in the slot for one-timers.  Goalie coaches Dave Prior and Olaf Kolzig were on hand to provide timely advice.

You certainly can tell who has been around the barn a bit and who has not, just given their carriage on the ice.  But by the end of the week, they'll all be veterans of a certain type.  The first step to being veterans of the NHL type.  Good luck, boys.

And now, for some photos of the morning sessions... 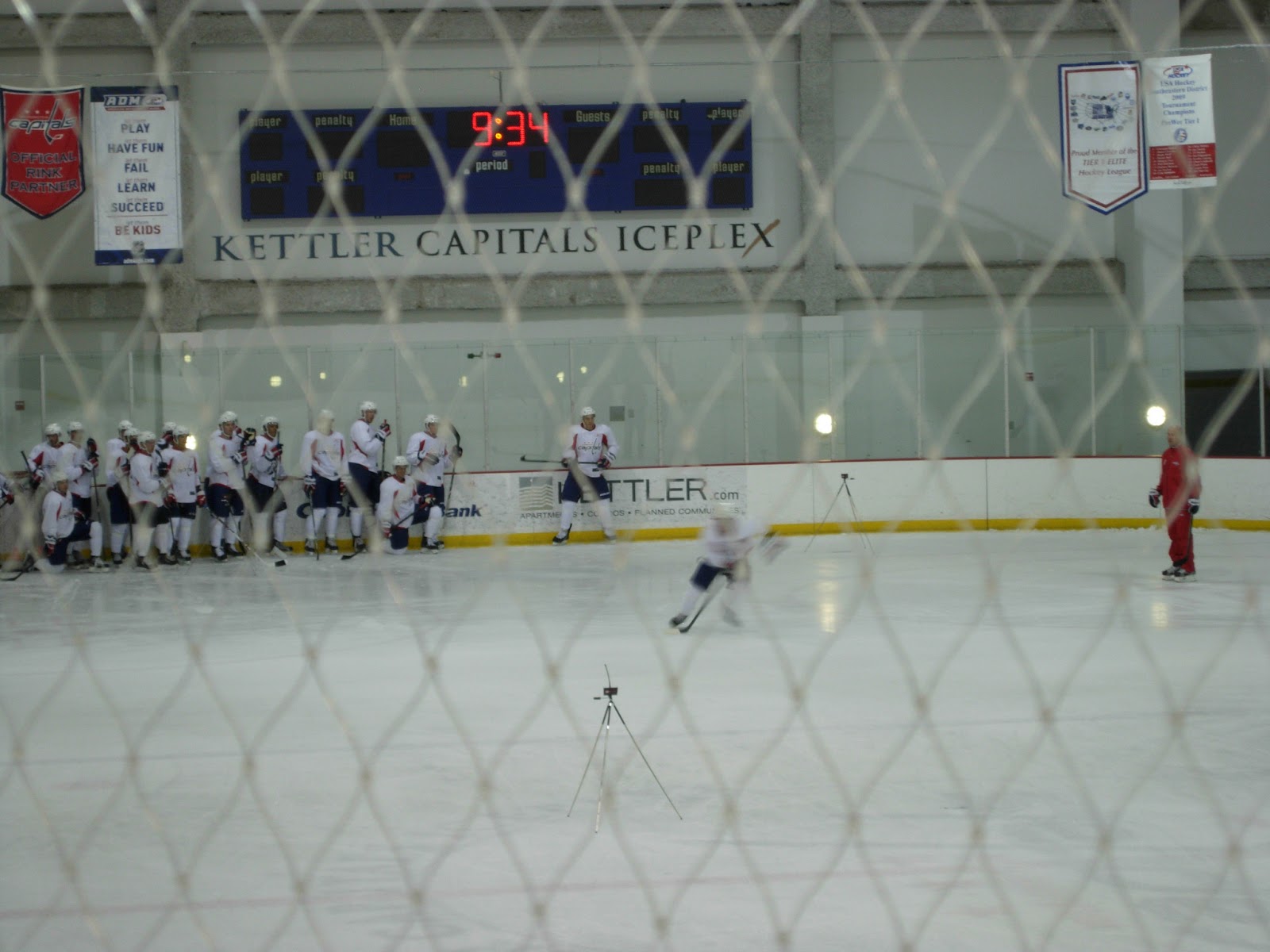 The goal-line to red-line sprint... your turn will come, lab rats. 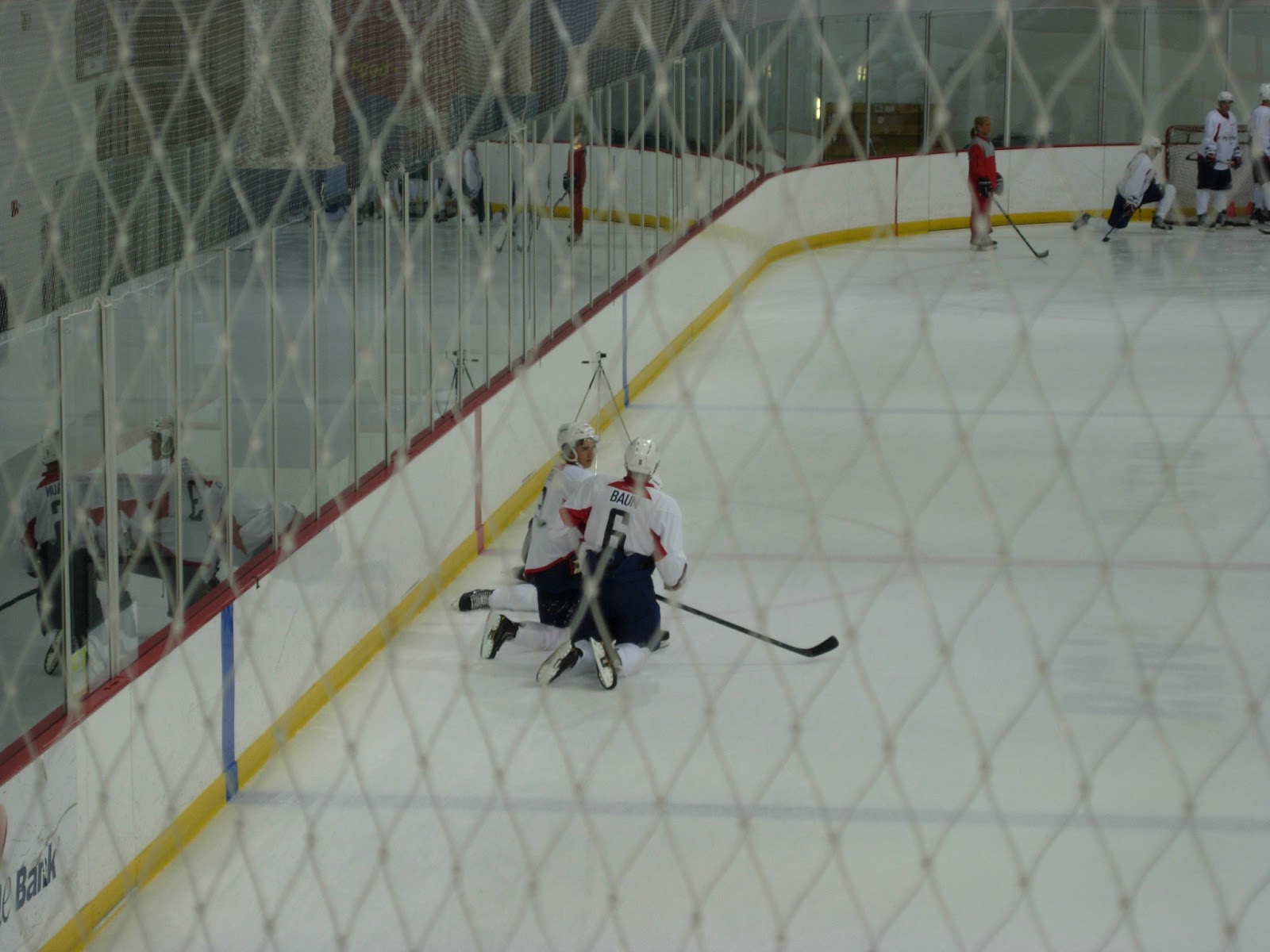 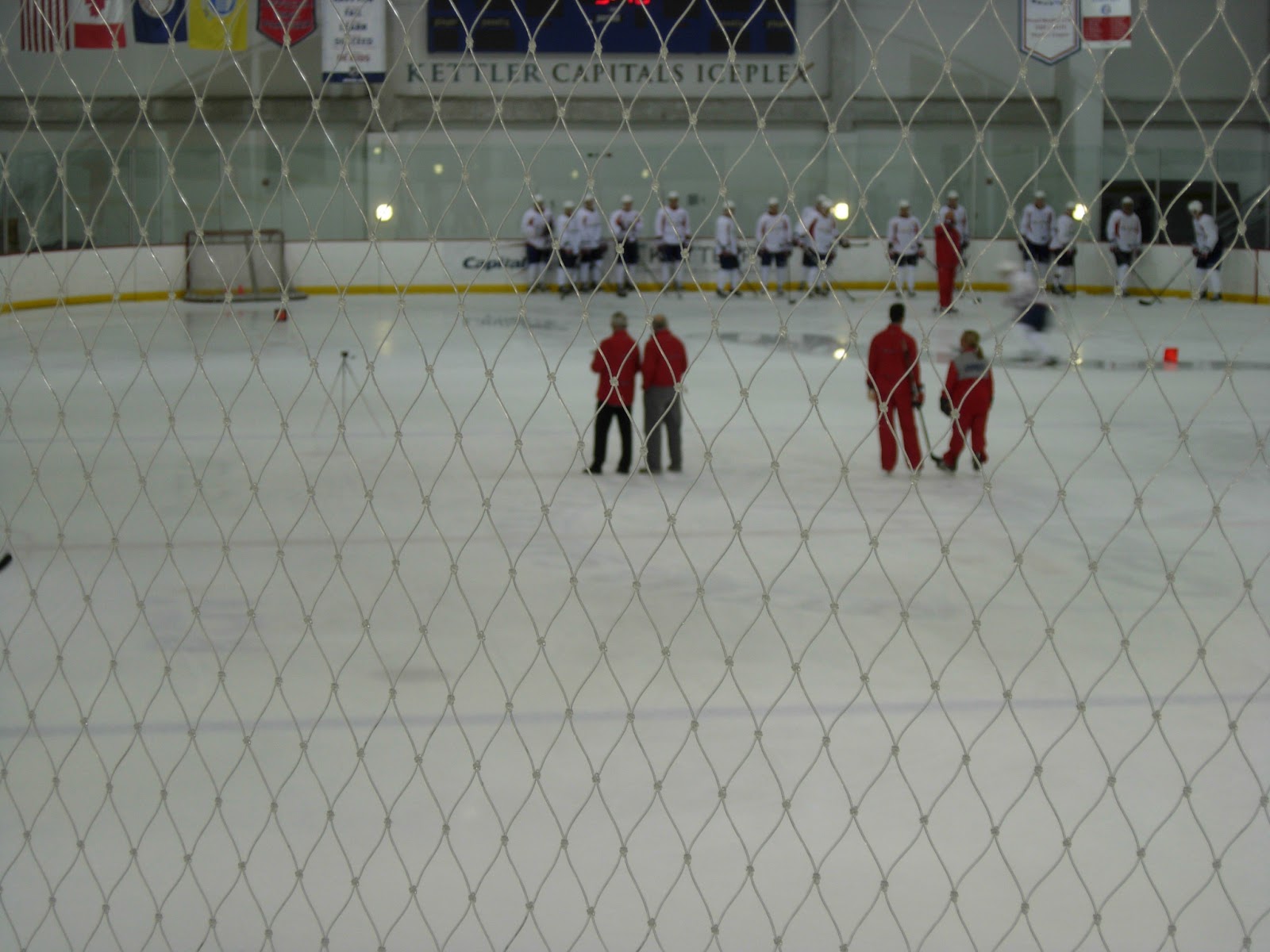 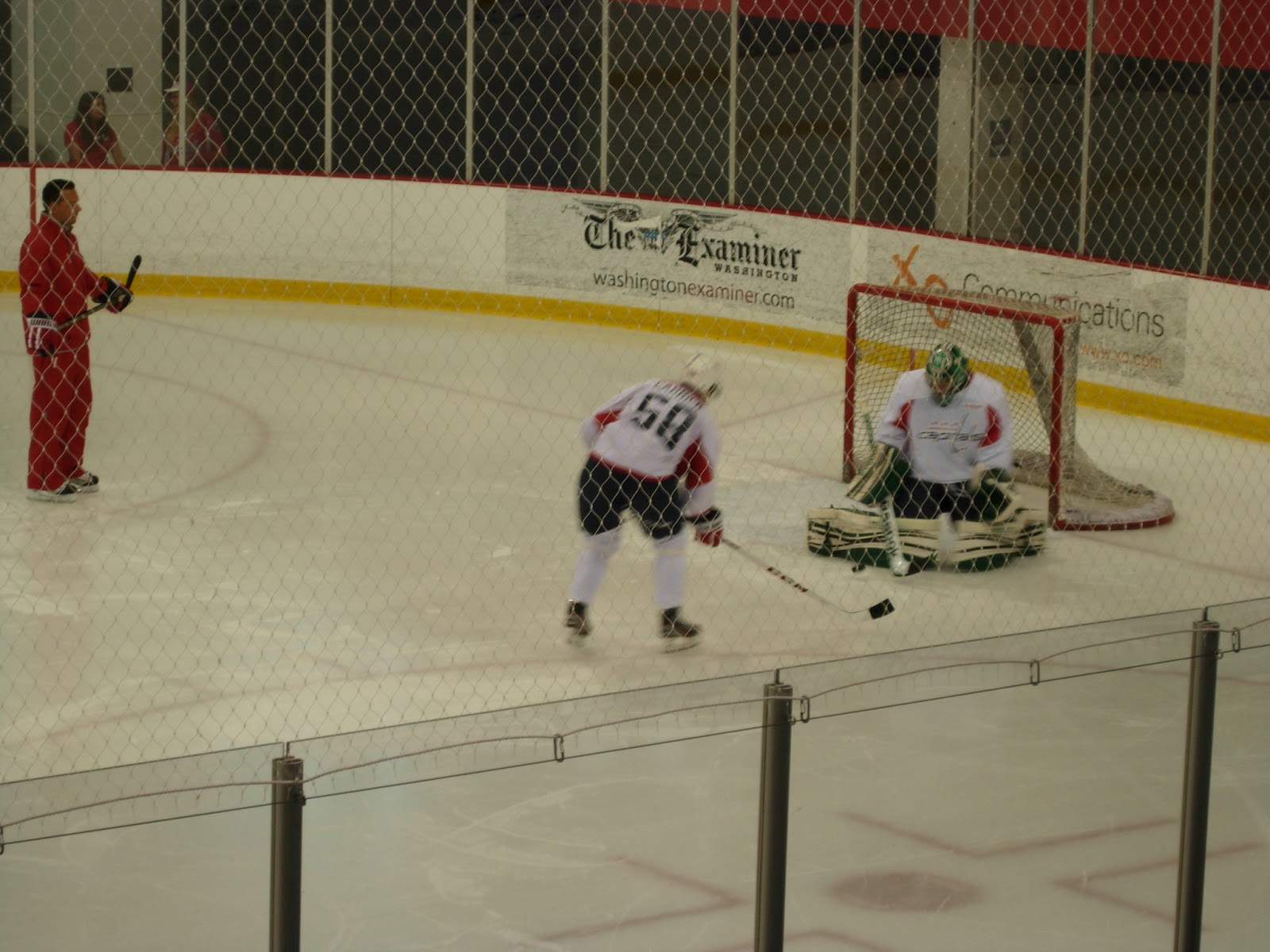 Connor Carrick is none the worse for wear after his earlier wipeout... 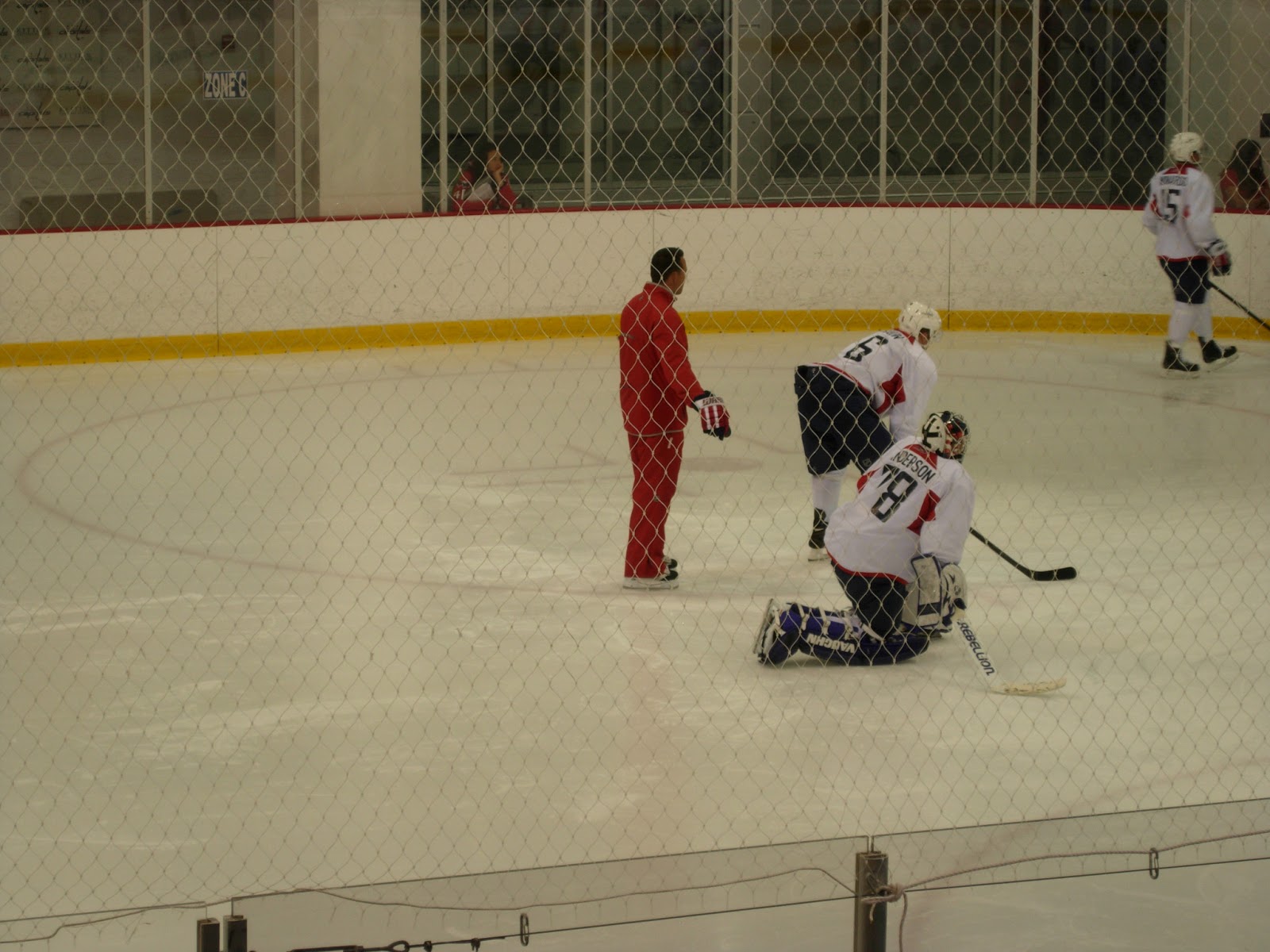 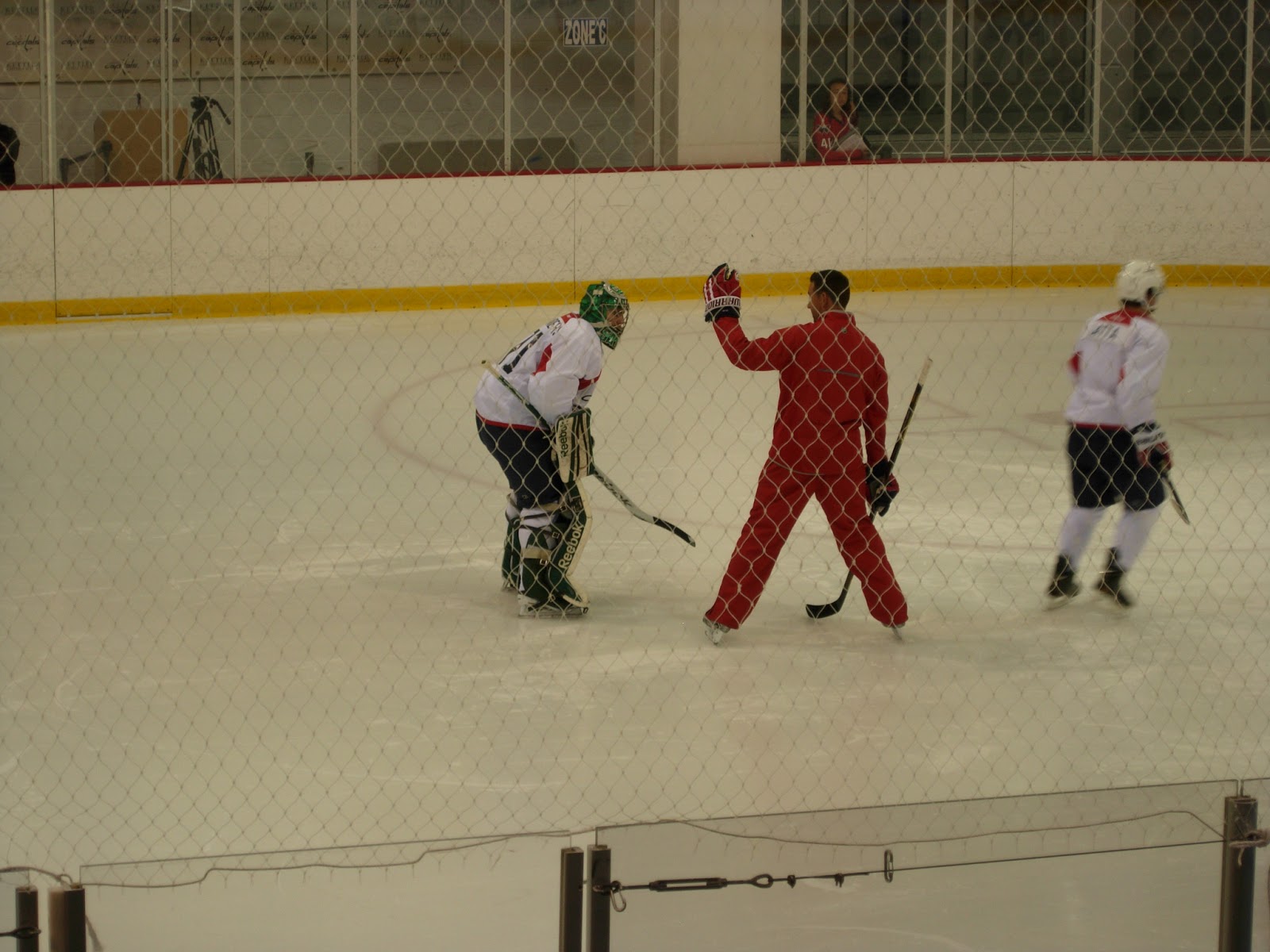 This is your glove hand...it's the one with the glove on it. 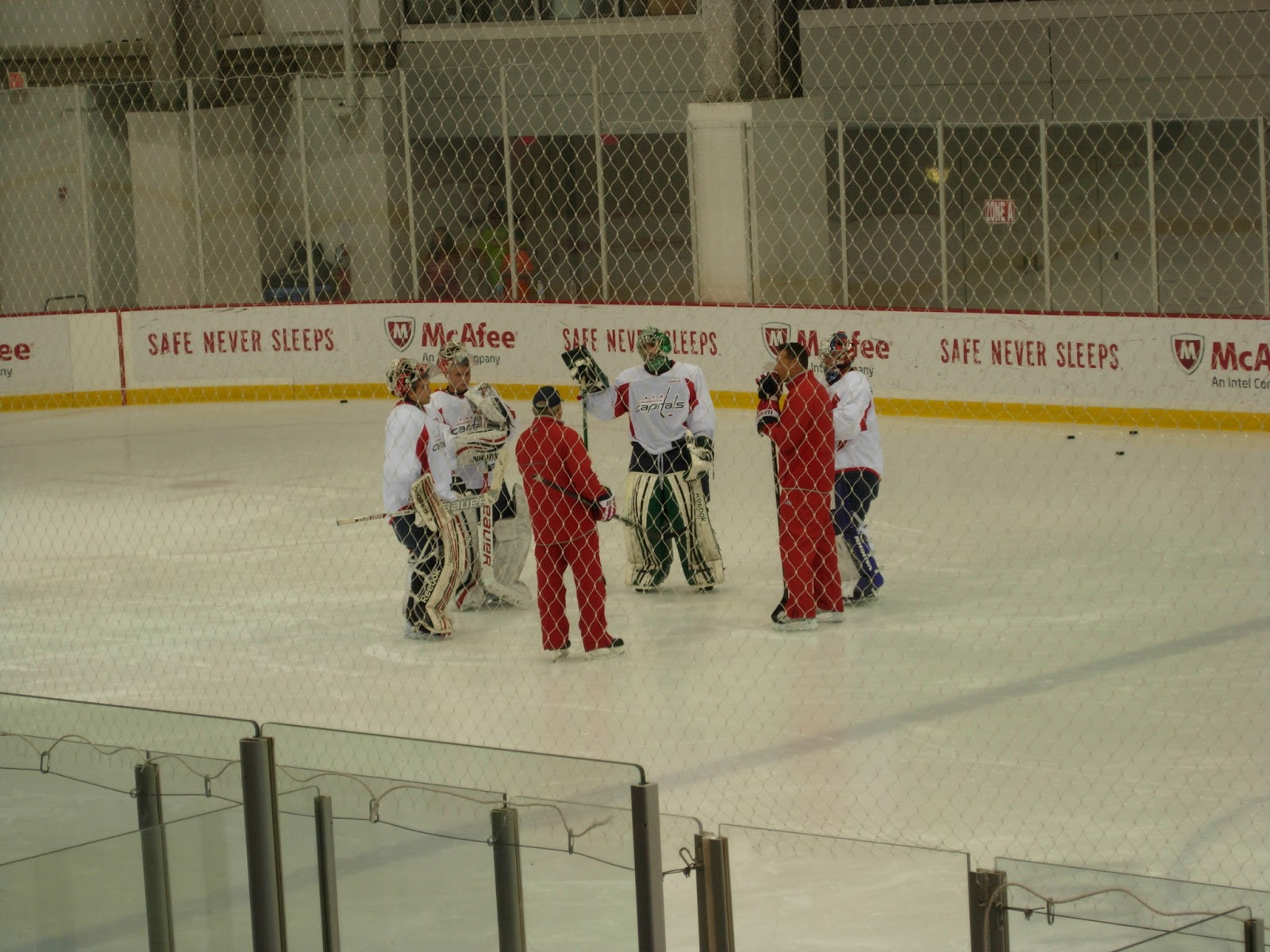 These four guys might learn more in these few minutes than they will all season. 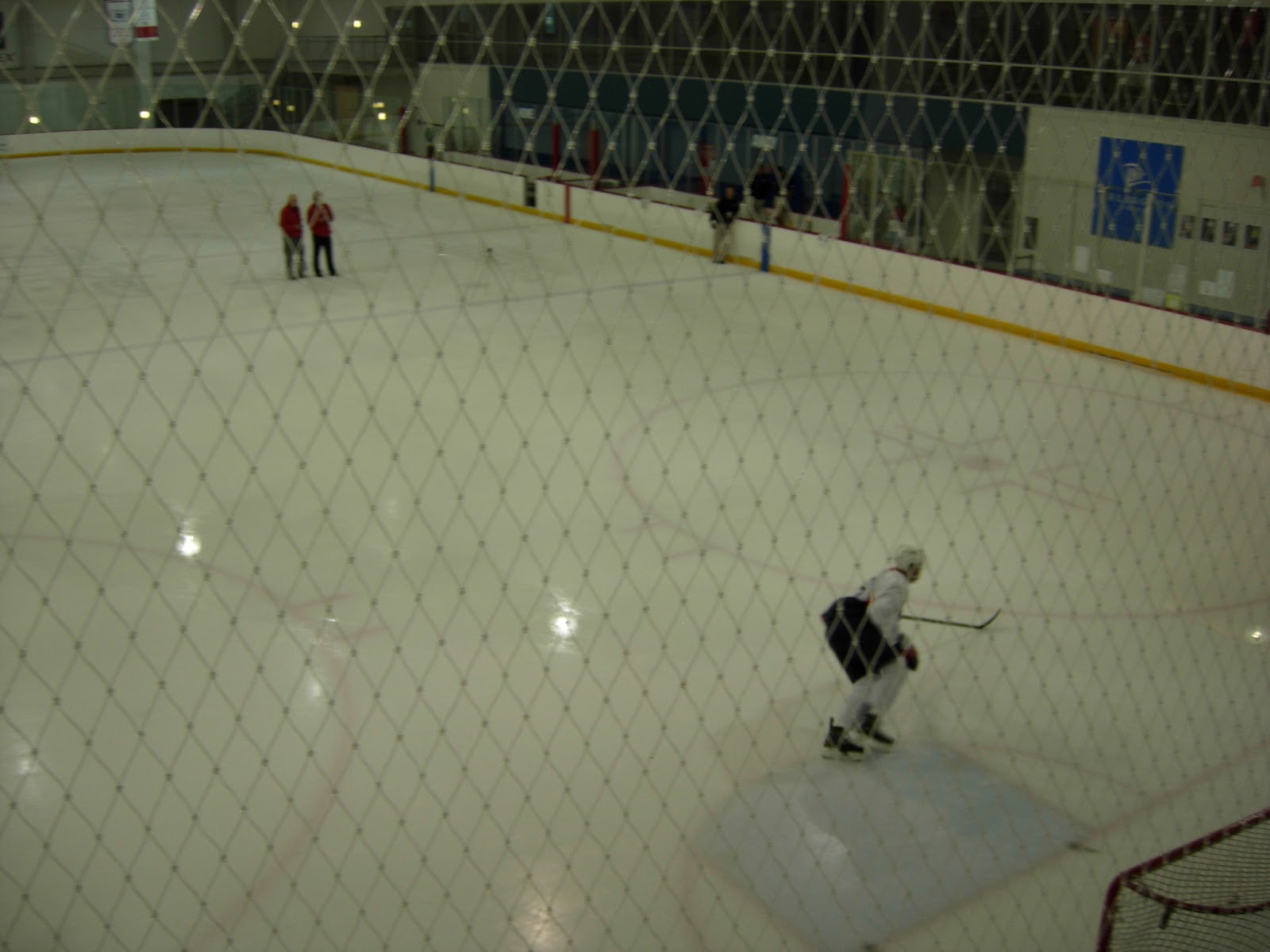 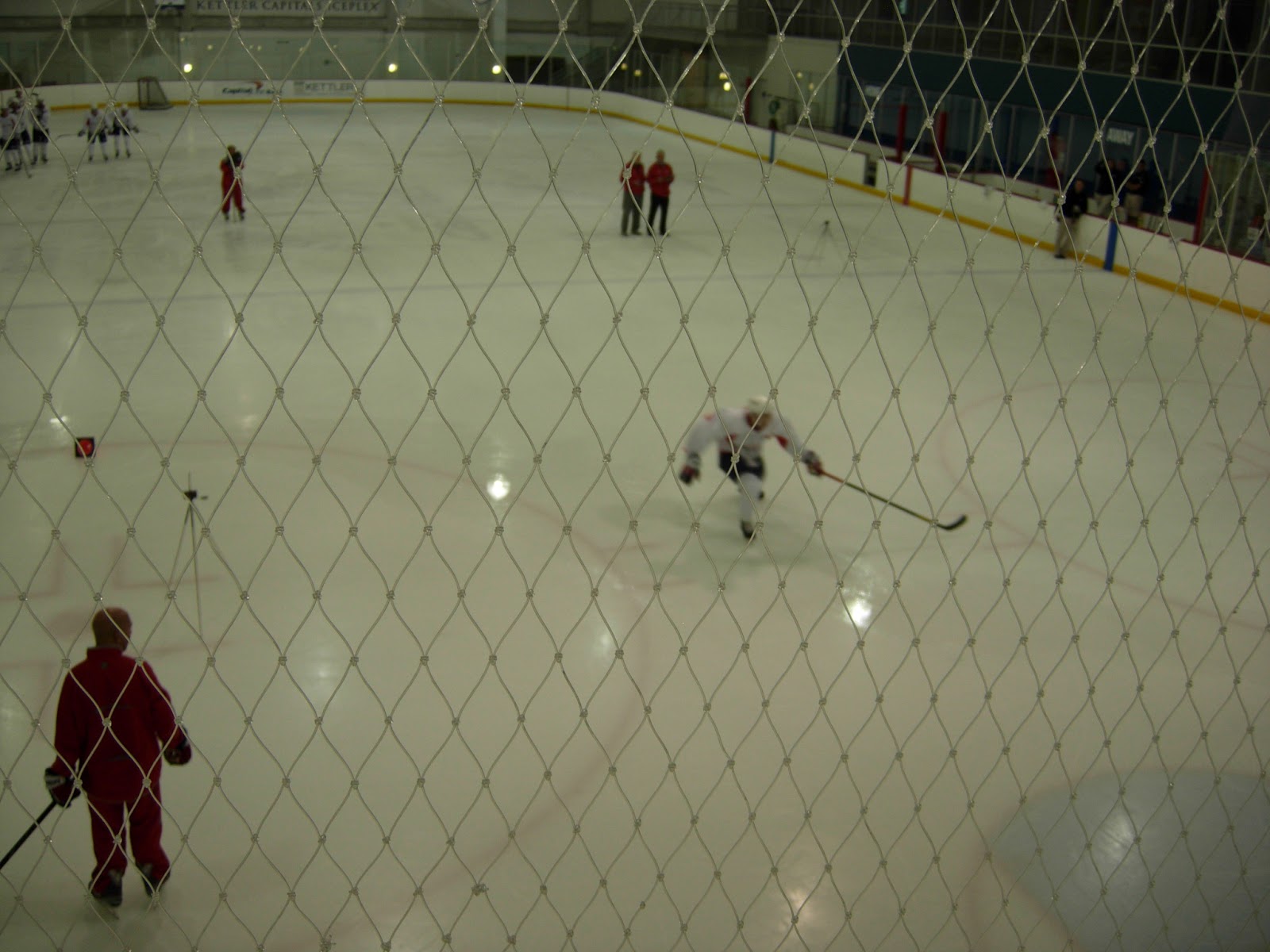 Posted by The Peerless at 1:24 PM No comments: