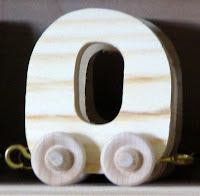 Those wheels are still spinning…

Last night, the good guys got behind the eight-ball early – 45 seconds in, yielding a goal to Brad Boyes on a semi-break that was the product of an ill-advised cross-ice pass by Brian Pothier intercepted just on the Blues’ side of the red line. Having to start trying to push that stuck jalopy right off the drop of the puck isn’t a recipe for success, especially when you lost the previous night and had to fly to St. Louis to play a game the next day…it requires a team to burn a lot of energy.

And the Caps didn’t help themselves with allowing themselves to fall two goals down on an Eric Brewer drive over Brent Johnson’s left shoulder not quite half-way into the period.

From there, the Caps had to use all that energy just to crawl even, and to their credit, they did on a couple of tallies by Mike Green, both of which were of the “wish-I-had-that-one-back” variety from the perspective of Blues’ goalie, Manny Legace.

Trouble with having to come back like that, though, is often times a club can get that far but no further. And that’s what happened to the Caps in particularly gut-wrenching form as the Blues took back the lead with 1:19 left in the second on Boyes’ second goal – a puck-through-the-wickets type through the screening Milan Jurcina and over Johnson’s glove. If the Caps had gone into that second intermission tied, it might have been a “we-feel-pretty-good-about-ourselves” lift (hey, Peerless…what’s with the hyphens?...you get a deal on them from Costco, or something?) heading into the third period.

But St. Louis had that one goal lead, and it might as well have been a dozen. The Caps looked very flat coming out in the third, and David Backes restored the Blues’ two-goal lead barely a minute into the final frame.

For the second night in a row, the Caps found a bit of magic with the goalie pulled, as Michael Nylander redirected an Alex Ovechkin drive past Legace’s blocker with 1:12 left. But the Caps couldn’t couldn’t find that magic again, in fact couldn’t even register another shot on goal as they badly mangled their exits from their own zone and were guilty of lackadaisical clock management in moving the puck along.

It was another frustrating night for the good guys and their fans – the Caps’ third one goal game (all losses) in their last four. Some thoughts on the game…

-- The Caps scored a power play goal. One-for-seven actually improved their season conversion percentage (from 13.95 percent to 14.0). And, they gave up no power play goals in seven shorthanded situations. Regarding the power play, that’s 3-for-12 (25.0) percent in the last two games. It’s not a trend, but it is somewhat encouraging.

-- Those seven power plays allowed...most were the result of pretty goofy plays on the Caps’ part (Brian Pothier’s “roughing” call was of the “lame” variety of call by referee Don VanMassenhoeven, who The Peerless would just as soon never see officiate another Caps game as long as he wears a referee jersey)…and playing 6:27 of the first period down a man isn’t exactly conducive to good starts, either.

-- Brent Johnson is going to get a lot of grief in the usual places today, but after thinking about it, the shots on which St. Louis scored were tough on a goalie. The first Boyes goal was scored on a break when Boyes roofed the puck over Johnson’s shoulder…the Brewer goal was scored when he stepped around Tomas Fleischmann and then placed the puck in the only place he could have put it to score – just under the crossbar and inside the near post…the second Boyes goal was scored by using Jurcina as a screen and rifling it far side tight over Johnson’s left shoulder – the most difficult area for a goalie to make a save. Even Backes’ goal was a redirect in front of Johnnon. And it should not be lost on Caps’ fans that Johnson had to come up big on a two-on-none with Paul Kariya and Keith Tkachuk to keep the Caps in the game. Was it Johnson’s best night as a Cap?...no. But he wasn’t the problem…too many neutral zone turnovers that let the Blues’ turn the play around with speed was.

-- If you look at the individual statistics, there is one set of numbers that almost flies off the page:

Those are the ice times for the Caps who had more than 20 minutes. The thing is, only one (Jeff Schultz’ 20:35) represented the defensemen. Ovechkin’s 25:41 led all Caps.

-- Ovechkin also had nine shots (ok, three actually made it to Legace), six hits, two takeaways, and a blocked shot. A full and round evening. He is now tied for 12th in scoring (with you know who), is sixth among all forwards in hits, and is in the top 25 in blocked shots (tied with the likes of John Madden) and takeaways among forwards. Can we now and forever dispel this nonsense that Ovechkin is little more than a goal-scoring savant?

-- Nicklas Backstrom acquitted himself pretty well in his debut as center on the first line, but he did have his ice time managed very closely. He had nine shifts in the first period…and nine for the remainder of the contest.

-- Boyd Gordon and David Steckel are a combined 152-103 on draws through ten games (59.6 percent). If they were one player, they’d be ranked 10th in the league. As it is, the Caps as a team are ranked third in the league.

Except for a blowouts against the Sabres and Islanders, the Caps have lost four other games by a total of five goals. They are 1-3 in one-goal games. That’s the difference between being 4-6 and being 6-4 and feeling a lot better about things. But, those losses are losses, and one hopes that April doesn’t roll around, and we’re all wondering, “if only…” Tomorrow is Toronto and an opportunity to climb a little closer to .500. That’s the objective at this point…get even. They do that, and things might just start to take care of themselves…they’re that close.