Timing is Everything, Even for Trophies

Perusing some hockey sites, we noted that ESPN.com ranks the Norris Trophy candidates as follows:

We take no small notice that these five defensemen are ranked: fifth, first, second, 26th, and third in scoring among defensemen, respectively.  They are also a combined plus-37.

Yet last year, a certain offensive defenseman finished first in goals, assists, and points among defensemen and finished with a plus-39 on his own.

Mike Brophy at Sportsnet.ca has Dustin Byfuglien and Shea Weber in the mix (Chara and Visnovsky out).  It bears noting that Byfuglien leads all defensemen in goals (18) and is sixth in points (while posting a minus-5), and Weber is a top-ten point getter (although to be fair might be the best two-way defenseman in the NHL not named "Lidstrom").

Nicklas Lidstrom is hockey royalty and is having a superb seaaons; he should win this award going away for 2010-2011.  As for the rest, none of the years they are having hold a candle to the year Mike Green had last season.  It is the difference between a year (two, actually) when offense among defensemen (and specifically, it seemed, Green) was the bubonic plague* and a year when offense seems to go a long way to influence the rankings of the candidates.

Sorry, Mike.  You picked the wrong year to decide to play defense.


*  Yes, Green was a Norris Trophy finalist, but you'd wonder why when reading commentary suggesting that his inclusion was all but an insult to defensemen everywhere.
Posted by The Peerless at 3:00 PM 1 comment: 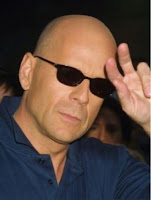 When a lot of people put their head on their pillow, they count sheep to fall asleep.

That’s about all that the Caps took away from their 2-1 overtime win over the New York Islanders this evening at Verizon Center, because quite frankly…the Caps sucked for 59 minutes, 12.9 seconds.

OK, Michal Neuvirth didn’t suck. He allowed one goal on 29 shots faced, and that one came on a ghastly turnover by John Carlson that let the Islanders jail break into the Caps zone with a 2-on-1 that became a 3-on-1, and only Carlson’s partner Karl Alzner back. P.A. Parenteau carried the puck in on Neuvirth, dished to the one Islander that the Caps could not afford to leave alone with a good look at the net – Matt Moulson – and Moulson buried the puck for his 28th goal of the season.

The Islanders almost made it stand up. No thanks to their goaltending. The record will show that Nathan Lawson – he of the 1-4-0 record, GAA far north of 4.00, and save percentage well south of .900 coming into the game – stopped the first 38 shots he faced. That is the minimal requirement for a goaltender, to stop the puck, but he might not have handled half a dozen shots cleanly all night. He was leaving loose pucks in the crease as if they were confetti on the floor of the Superdome after a Super Bowl. The Caps were unable (with a splash of unwilling) to cash in on the opportunities strewn along the ice by young Mr. Lawson.

The Caps were 47.1 seconds away from perhaps their most embarrassing loss of the season. It looked as if the Caps were going to take their ninth shutout of the season (edit: correction...tenth!)and fifth on home ice in the last 17 home games. And they would do it against a team that had not recorded a road shutout all season (or last season…in fact, not since March 27, 2009).

But the Islanders played things a little too cute in the end game. They did not have a shot on goal in the last 5:23 of regulation time, including none on a power play that started with 3:11 left (a holding penalty to Nicklas Backstrom, his second in the span of ten minutes). The Islanders are not a good enough team to be playing prevent defense with a one-goal lead, especially in front of a goalie with a grand total of 302 minutes of NHL experience coming into this game.

It burned them in the last minute. Alexander Semin out dueled Michael Grabner for a loose puck along the boards just inside the Islander line. Semin kicked the puck in deep, where it was worked all the way around to Alex Ovechkin in the left wing corner. Ovechkin sent the puck back from whence it came, finding the stick of Jason Arnott. The new guy flicked the puck out in front where Brooks Laich was heading to the net (hey, there’s a thought!...folks might want to do that more often). Laich had time and space to settle the puck and scoop it over Lawson to tie the game with 47.1 seconds left.

That left it for overtime, which became the exhilarating, and at the same time frustrating “Alex Ovechkin Show.” Travis Hamonic skated into the Capials’ zone carrying the puck down the right side. He was angled around the Caps’ net by John Carlson. Hamonic had nowhere to go but along the path he had taken, and as he came out the other side sent the puck along the boards to Frans Nielsen.

But there wasn’t enough mustard on the pass, and Alex Ovechkin intercepted it, turned, and headed up ice. With only the forward Nielsen back and doing a less than passable imitation of a defenseman skating backward, Ovechkin pushed the pace and cut around Nielsen to the middle of the ice. With Nielsen left behind and Jack Hillen choosing to cover Nicklas Backstrom driving at the net, Ovechkin had only the goalie Lawson to beat. He showed forehand, pulled the puck to his backhand, and lifted it over Lawson’s right pad to put this godforsaken game out of its misery, the Caps skating off with… twoooooo points.

The exhilarating part was the manner in which Ovechkin grabbed the puck, weaved his way around Nielsen, kicked in another gear, and deked his way to the backhand winner.  The frustrating part was how bored he looked over the first 60 minutes (and that has not been an uncommon look this season).

-- Each of the new guys – Marco Sturm, Jason Arnott, and Dennis Wideman – could have had a goal on their respective first shots. Sturm had his chance on a breakaway in the game’s third minute. His shot snuck through Lawson’s five hole and trickled out the back side, missing the far post by a couple of inches. Arnott’s chance came about a minute later when he redirected a centering feed from Brooks Laich into the shoulder of Lawson. Wideman completed the trifecta of chances when he took a shot from outside that went through a screen and off Lawson’s pad. All were good chances.

-- In fact, the Caps had a lot of chances, especially early. They outshot the Islanders 10-1 in the game’s first 8:31. But like their season in a bottle, they would not record another shot for the next 9:39. When the Caps went to the first intermission tied 0-0, it looked like an opportunity – make that “opportunities” – squandered.

-- The shots on goal was terribly deceptive in this one. Yes, the Caps had those 42 shots on goal for the game, but that might have been a reflection of the Islanders being utterly incapable of getting in the way. The visitors had only 19 blocks on the night, a small number given the volume that got through.

-- Only three caps failed to be credited with at least one hit – Marco Sturm, Jeff Schultz, and Marcus Johansson. The odd thing was, Ovechkin was credited with only one. But it was a doozy when he flattened Travis Hamonic at the side of the Islander cage.

-- The old saying goes that doing the same thing the same way and expecting a different result is a working definition of insanity. Well, Ovechkin out there in Siberia ain’t working on the power play; it's approaching insane. Watching him get passes within arm’s reach of the blue line on the left point is agony to watch. He is not going to score from out there. He just isn’t.

-- And speaking of the power play, it one thing to go 0-for-2. There has been a lot of oh-fer’in going on lately. It is another thing to get only three shots on two power plays. It is (or should be) unacceptable to fail to execute a clean entry or a simple dump into the corner. The repetition of the Caps bumbling the puck at the blue line and having to either regroup in the neutral zone or chase the puck into their own end – almost none of it the doing of the Islanders – was the hockey fan’s equivalent of root canal (it was not lost on the fans, who booed quite a bit on the Caps' man advantages). The Caps looked plainly lost on their own power play.

-- With all due respect to Ty Wishart, it seems a violation of the laws of nature than any Islander would wear the number “6.” We understand that Wishart is the 13th player to wear the number since Ken Morrow wore it as a four-time Stanley Cup champion, but it just doesn’t look right.

-- Maybe it’s all just a matter of a few words. Listening to the post game and Jason Arnott’s comments, we were left with the feeling that until now, there hasn’t been much conversing with Alexander Semin going on out on the ice. Semin didn’t have a point tonight, but he did have two shots on goal (eight attempts), a hit, a couple of takeaways, and a blocked shot. Maybe it’s just a case of getting him more engaged.

-- Good things don’t happen with the snap of a finger when a new guy (or three) comes in. But there did seem to be some decent chemistry from time to time between Arnott and Brooks Laich, and that was even before the game-tying goal.

-- Perhaps the oddest number of the night – 27. That was the number of shifts Brooks Laich skated, a number usually reserved for defensemen. Only Dennis Wideman (a defenseman) had more (30).

-- And speaking of Wideman, is it me, or does he bear a resemblance to Nationals’ third baseman Ryan Zimmerman?

In the end, let’s be real here. The Caps escaped with a win against a team that had players participating in their third NHL game (Mark Katic), 12th NHL game (Micheal Haley), first NHL game (Justin DiBenedetto), and ninth NHL game (Lawson). And it is not as if the guys with more experience have a lot more talent, once you get past John Tavares, Matt Mouslon, Josh Bailey, and Kyle Okposo. The team the Islanders iced tonight might be long on spunk, but the Caps should have ended the competitive portion of this game in the first ten minutes. Instead, they responded to the frustration of not scoring on any of their first ten shots by playing a disinterested game for the rest of the first period, then followed it up with a lot of sizzle (27 shots on goal in the next 39-plus minutes) and no steak (zero goals).

This really has to stop. Two points is two points, but the Caps are not going to be playing green, talent-challenged teams every night, and squeaking by them to boot. It might be a win, but it is NOT a winning formula.
Posted by The Peerless at 1:12 AM 3 comments: