Did I do good, Coach?

This is the time of year when players on the margin are looking to make a point, to impress their coaches. Well, in Tampa this evening, Zenon Konopka was making a point for the Lightning brain trust, if the scoresheet can be believed...

And their counterpart on the Penguins, Paul Bissonnette, ended his evening with two fighting majors and a game misconduct...all in 6:21 of on-ice playing time.

Dancing with the Stars will be calling on these guys soon.
Posted by The Peerless at 9:51 PM 3 comments:

Well, we couldn't stay for the scrimmage -- Game 2 of the Duchesne Cup tournament -- but we did pop in for the morning workout...some images: 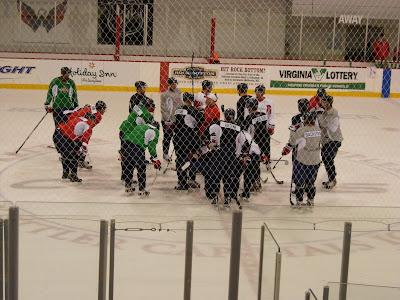 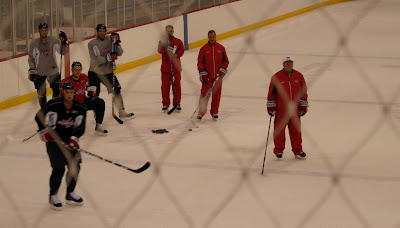 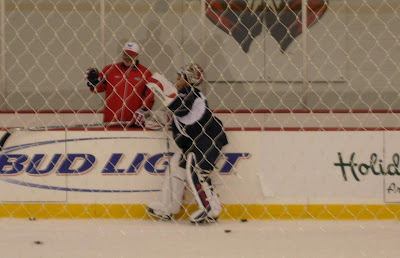 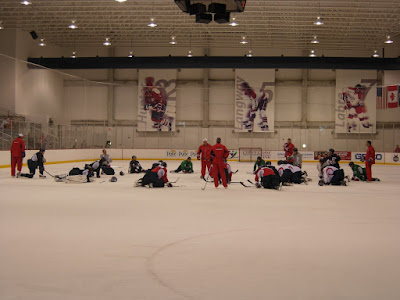 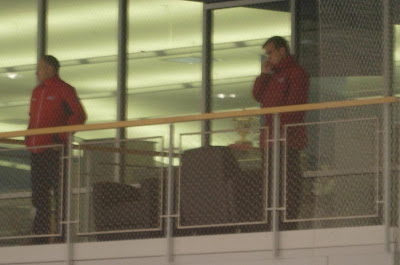 OK...so that's the Redskins' Monday special with pepperoni, sausage, onions, peppers
...no, wait...let me start over...
Posted by The Peerless at 1:13 PM 1 comment: