Letting that yard work and those home improvement projects
slide while you check out the Caps blogs? 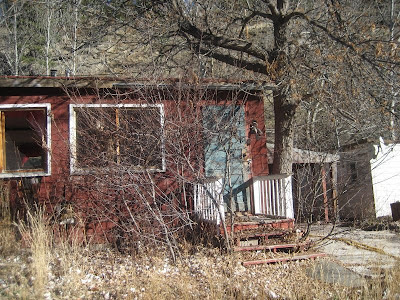 Those dishes piling up while you're checking
on Ovechkin's stats?... 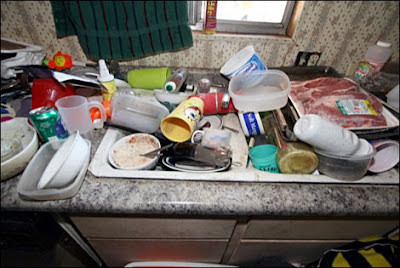 Getting behind on paying those bills while you're online getting
your red wardrobe updated?... 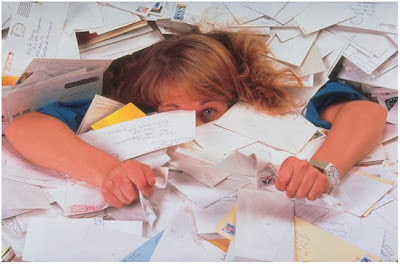 Forget to pick up the kids from school while making plans
to get downtown for the Caps game?... 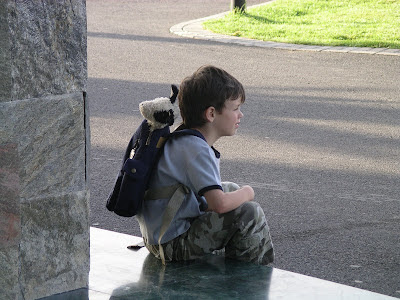 Your stat to watch in Game 7 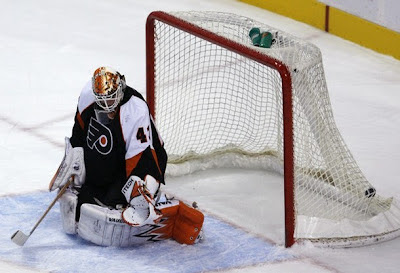 Martin Biron has tended goal in the second half of five back-to-back sets of games this year. His record...

photo: Reuters
Posted by The Peerless at 6:06 AM 1 comment:

The Peerless Prognosticator is ON THE AIR!!! -- Game 7, Caps vs. Flyers

Those were the words of Capitals Head Coach Bruce Boudreau after the Capitals forced a Game 7 against the Flyers last night. And that’s just it…the win only gave the Caps a chance to play again. It’s been a while since we’ve been here. The Capitals have not played a Game 7 in 13 years, a Game 7 at home in 16 years. Here is a brief history of the Capitals and Games 7… 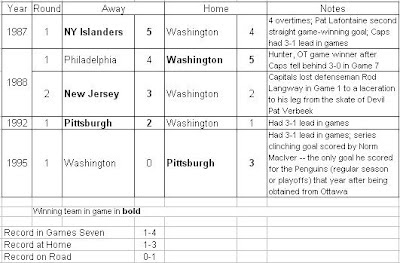 It isn’t an especially pleasant history…unless you realize that the Capitals are on the other side of the fence that doomed them in Games 7 in the past. Three times, the Caps had a 3-1 lead in games and lost. The shoe is on the other foot this time around, as it is the Flyers who are looking at that situation.

As we head into this game, there are a few things that come to mind about the Caps’ performance thus far…

Balance...The Capitals have four players with three goals, ten who have potted at least one (the Flyers have three and nine). The Caps also have three players with two power play goals, apiece (Backstrom, Green, Semin)

Finish strong…The Capitals have been outscored early, but have generally finished strong in games, as the scoring by period indicates:

.862…Martin Biron’s save percentage in the third period of games in this series. He can be had late, if the Caps keep throwing shots at him.

This is about where most folks thought the series would end up – in for a game seven. Unlike previous editions of the Capitals that have walked this path, though, this bunch of precocious youngsters (with the odd Fedoroveteran through in) has been an overachieving bunch. There was a fog of doom that permeated the previous editions of game seven teams. Nothing is assured in a one-game, winner-take-all situation, but the Capitals certainly come into this game with some momentum.

And, as Bruce Boudreau also said of the team last night…“I’m just so proud of the guys…”

We are, too…and we think they will complete this portion of the journey. We’ll go with last night’s winner…

And we'll leave it to the General, one more time, to remind the troops of the stakes...