The Peerless Prognosticator is ON THE AIR!!! -- Metropolitan Division Semifinals: Capitals at Rangers, Game 1

As faithfully as the swallows return to Capistrano, as reliably as the sun rises in the east, as unfailingly as Mike Milbury will say something derogatory against Alex Ovechkin, the Ovechkin-led Washington Capitals will face the New York Rangers in Game 1 of their Metropolitan Division Semifinals matchup at Madison Squarer Garden in the Stanley Cup playoffs.

In a minute, Cheerless.  This marks the fourth consecutive year that the Caps and Rangers have met in the post-season and the fifth time in the last six seasons…

“Cousin…a moment, if you please?”

Hold on, Fearless.  In their four meetings over the past five years the Caps won the first two engagements, while the Blueshirts won the last two.  Three of those series went a full seven games, the Caps winning one and the Rangers a pair.

Guys, I’m trying to work here…can’t this wait?  The Caps will come into this series with… hey…  HEY!!  What are you two…mmph… mmph-mmph.

“Calm down, cuz… we’re doing this for your own good.”

MMPH…HEY!  GET THIS GAG OUT OF MY MOU…

“Now cousin, just think of this as an intervention.”

“Yeah, cuz.  We’re all trying to deal with this whole ‘no playoffs thing’ in our own way.”

THEY’RE DEPENDING ON ME!!!

‘Someone has a rather inflated view of themselves”

There, there cuz.  You’ll be fine in time for training camp.”

“There will be time enough for that, cousin.” 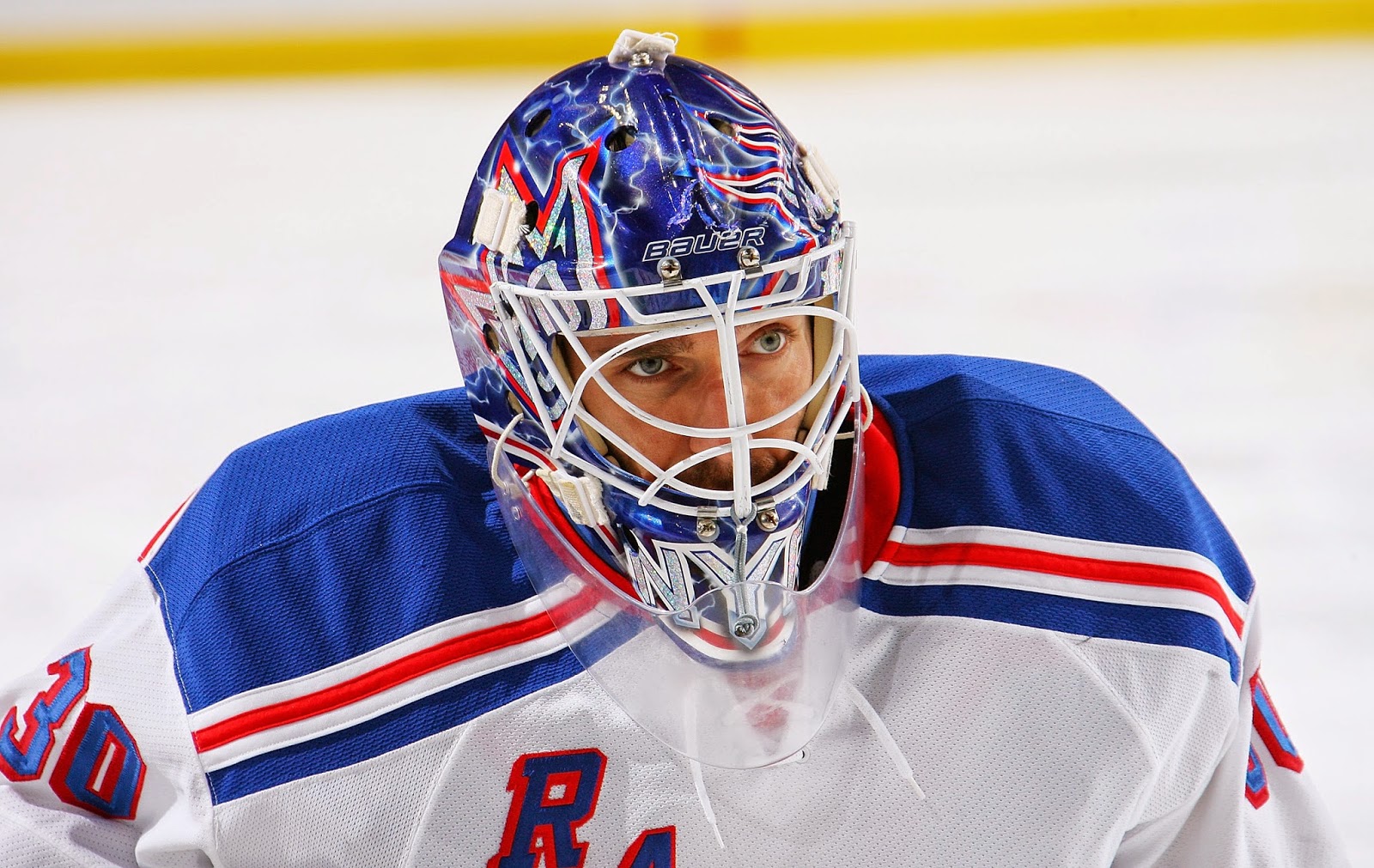