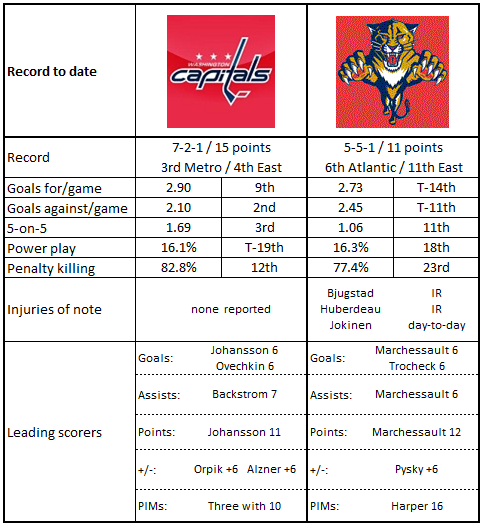 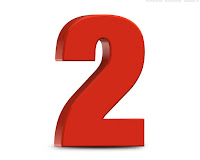 The Washington Capitals opened a three-game home stand by wrapping up a home-an-home set of games with the Winnipeg Jets on Thursday night.  The Caps made things far more dramatic than they had to be, losing a three-goal lead in the third period to send the game to overtime. But the Caps won it in the extra session on an Alex Ovechkin power play goal, 4-3, to record their fourth straight win.

Washington started the scoring late in the first period when Nicklas Backstrom potted his first of the season.  Backstrom started the scoring sequence when he skated the puck into the Winnipeg end and left it for Ovechkin on his left.  Ovechkin pulled up, found a shooting lane, and ripped a shot at the Jet’s cage.  Michael Hutchinson made the stop, but left a rebound in front.  Backstrom settled the bouncing puck and calmly lifted a backhand over the right pad of Hutchinson at the 14:38 mark.

Ovechkin made it 3-0 mid-way through the period.  Mathieu Perreault tried to feed a pass to Patrik Laine to get the puck out of danger, but it was out of Laine’s reach.  Dmitry Orlov took control of the puck and slid it to Backstrom high in the offensive zone.  Backstrom turned and fed John Carlson, whose shot was stopped by Hutchinson.  He left a rebound, though, and Ovechkin darted in from the weak side to sweep a backhand under Hutchinson’s left pad at 10:04 to give the Caps the three-goal lead.

Winnipeg mounted a fierce charge in the third period, starting at the 2:11 mark on an odd play.  With the Caps on a power play, Jets defenseman Toby Enstrom broke up a pass in the neutral zone and pushed the puck back into the Caps end where Blake Wheeler gave chase.  Goalie Braden Holtby came out of his net to try to cut off Wheeler, but it just resulted in a three-car pile-up as Holtby, Wheeler, and Caps defenseman John Carlson collided.  With Holtby sprawled on the ice 20 feet from his net, Enstrom picked up the loose puck and fired it past Nicklas Backstrom, trying to cover Holtby’s net.

Three minutes later, Adam Lowry got the Jets within a goal.  Skating down the right wing, Dustin Byfuglien faked a shot, then he carried the puck deep and around the Caps’ net.  When he came out on the other side, he spied Lowry between the hash marks.  His pass was one-timed by Lowry into the back of the net to make things more interesting than Caps fans might have wanted.

Marko Dano got the Jets all the way back at the 11:11 mark of the period.  The teams battled hard for the puck below the Capitals’ goal line, where Andrew Copp sprung it free.  The puck squirted out to the edge of the right wing faceoff circle where Dano jumped on it and wrong-footed a snap shot past Holtby to even the score.

That was how the teams went to overtime.  Mid-way through the extra period the Jets made a team blunder – too many men on the ice. One minute into the ensuing power play, John Carlson controlled the puck and slid toward the middle. From that perch he moved the puck to Alex Ovechkin, who one-timed a shot from the left wing circle over Hutchinson’s glove into the top corner of the net, giving the Caps a too-close-for-comfort 4-3 overtime win.

-- The game-winning goal was Alex Ovechkin’s 91st of his career, tying him with Wayne Gretzky and Mark Recchi for 16th place all-time.  Jaromir Jagr is the all-time leader with 133.

-- John Carlson had a two-point game (0-2-2).  That is the 42nd multi-point game of Carlson’s career, good for seventh place all-time among Caps defensemen and putting him one game behind Scott Stevens and Sylvain Cote for fifth place.

-- Ovechkin had eight shots on goal, a season high and the first time in five games he had more than four shots on goal in a contest.  Five of those shots came on power plays, including the game-winning goal.

-- The Caps did not have quite the possession advantage they had in Tuesday’s game in Winnipeg, but the still had the overall edge.  They out-shot the Jets, 32-27.  They out-attempted them, 65-53 overall.  However, Winnipeg had a shot attempts advantage at 5-on-5, 47-40 (numbers from Corsica.hockey).

-- The four-game winning streak is the first for the Caps since Games 55-58 last season.  Before starting this streak, the Caps were just 15-10-5 in their previous 30 games dating back to last season.

-- Justin Williams gets the coupon for the all-you-can-eat buffet… an assist, plus-1, two shots on goal, two shot attempts blocked, a missed shot, two giveaways, a takeaway, two blocked shots, and he won four of six draws in 16:17 of ice time.

Five third period goals allowed in their last two games, even in winning both contests, is not a plan for success.  The Caps turned Adam Lowry, who authored two of those goals (one in each game against the Jets), he with 18 career goals in 154 games coming into this season, into some reincarnation of Brett Hull.  Granted, the first Winnipeg goal was odd, but the last two were just breakdowns in their own end.  The offense struggled early, especially the power play.  That seems to be working itself out, but now, despite the penalty kill being more effective in recent games, the defense is leaking.  The Caps are tied with the Penguins for second place in the Metropolitan Division, one point behind the New York Rangers for the top spot.  But they won’t hold their place long if the third period defense keeps looking like this.