Peerless Playback: The All-Alphabet Team, "The A Team" 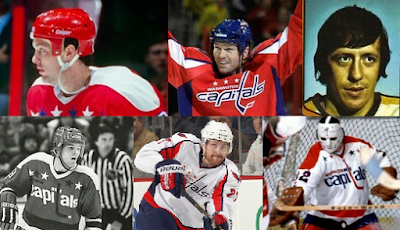 While we are "pausing" in the hopes of seeing a resumption of the 20219-2020 NHL season, we're going to look back from time to time and revisit some series we did cover the history of the Washington Capitals.  We start that with a look back at the "All-Alphabet Team," starting with the letter "A" and ask if, in the almost six years since this first went online, there would be any changes.

For the record, the "All-A Team" was:

Keep in mind that if you are thinking about players who joined the Caps since this was published (covering players through the 2013-2014 season), no new skaters with the last name beginning with "A" skated for the Caps (Karl Alzner was the only one who dressed), and no new goalies whose last name starts with "A" dressed for the team.  But if you think any of these players should be replaced on the "All-A Team," well, it's a way to pass the time during the pause.

Posted by The Peerless at 9:42 AM No comments: