Sittin' at the end of the bar... Watching Daytime Dramas 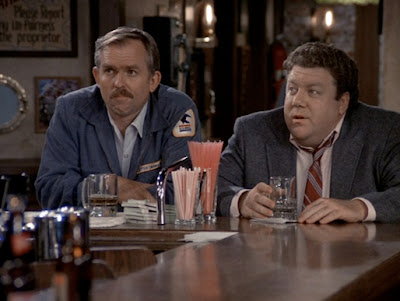 We’re into the home stretch of the summer. Not a sprint, mind you…more like a couple of tricycles you’d see at intermission of a Caps game spinning their wheels, but it is the home stretch, nonetheless. And how do we know this? There are actually things to talk about…

There was The Semin Imbroglio. Erstwhile Cap Matt Bradley questioned whether former teammate Alexander Semin cared enough to win a Stanley Cup. Semin was inscrutably, well…inscrutable when made aware of Bradley’s remarks (it was Semin's agent who responded). It was left to Mike Knuble to have both Bradley’s back…


“It can’t be controlled what he’s going to say. I’m sure he didn’t mean for it to come out that way and it just kind of did…Matt’s a smart guy, and he understands when he’s saying things. I’m sure there’s a certain level of regret with that.”

Which makes October 18th a date to circle on the calendar, the first meeting in the 2011-2012 season of Bradley’s Florida Panthers and Semin’s Capitals. Which begs one of those tree-in-the-forest kinds of questions…if Alexander Semin goes bongos on Matt Bradley, does a Bradley bleed?

Nicklas Backstrom was disappointed. It made us think of another one of the Kübler-Ross five stages kinds of things…

1. Shock…We were swept by the Tampa Bay Lightning? After we went 4-1-1 against them in the regular season? We get a do over, right?

3. Disappointment… “I have to say that I'm still incredibly disappointed. It felt good after the first playoff round and then we lost in four straight games to Tampa. It came as a shock and I felt totally empty inside after that. But at the same time, if we don't play better than that, and I have to say that Tampa played really well; they played smart against us and had a good goalie, they definitely deserved the win but I don't know, we should have been better, and if I'm talking about me personally, I underachieved in the playoffs and I just can't do that in that situation."

4. Resolve… “…there is only one way left for us now, and that is to go all the way. But at the same time you put a lot of pressure on yourself, and the organization puts a lot of pressure on itself too - we want to win. All teams that make the playoffs can win it all; the eighth seed can win over the first seed. Just look at how we lost to Montreal two years ago. What I'm trying to say is that your position after the regular season really doesn't matter. It's a long road to get to the finals…”

Matt Hendricks has seen the future – his future – and it is “Gretzkyesque.” Well, maybe somewhere between “Brent” and “Wayne.” Hendricks was kind of disappointed over scoring only nine goals for the Caps last year, which strikes us as interesting, given that Hendricks even didn’t have a contract with an NHL team before the last week of September last fall. But kudos to him for wanting, or at least seeing the need (or opportunity) to add a bit more offense to his game.

The utter futility of fourth line scoring in the playoffs last spring was one of the many little things that needed to be done better than undid the Caps. The trio of Hendricks, Matt Bradley, and Boyd Gordon did not register a point in nine post-season games, and Hendricks recorded one shot on goal in the 64 total minutes he played in the seven games in which he appeared. He was ninth in points and the tenth leading goal scorer among forwards for the Caps last regular season. But considering that the Stanley Cup champion Bruins had 12 forwards with more than the 25 points Hendricks had and 12 forwards with more goals, every little bit of improvement would be helpful.
**********

Two years ago, Alex Ovechkin and Sidney Crosby tied for second in the NHL in points (109), were first and third (Crosby and Steven Stamkos tying for first) in goals, both had 13 power play goals, and the two otherwise finished in the top ten in game-winning goals, assists, shots on goal, and power play points. They were living up to their reputations as the top two players in the game. Fast forward to now, and clouds hang over both. Crosby is spending the off-season in a dark world of several dimensions – the matter of whether he can recover from the concussion (or concussions) he suffered in January to end his season, the mystery that surrounds his comeback, the odds as to whether he will start the season on time or find 2011-2012 a lost season with uncertain prospects for his career in the NHL.

Ovechkin carries the considerable baggage that he has been accumulating since his lost February of 2010 when his Olympic dreams crashed to earth. That lost month became a disappointment in the NHL playoffs, which was followed up by a 2010-2011 season in which he underperformed, underachieved, and underwhelmed some with his conditioning. Now that he has shown himself to be mortal, he is characterized as something of the poster child (as befits his position as team captain) for a certain nonchalance that plagues the Caps, and he might even have slipped a rung beneath a star who has yet to make an appearance in D.C. this year as top local sports star.

Two years from being at the top of their profession to afterthoughts – unless what you’re thinking about is physical flaws and character faults (real or imagined).
**********

There are so many subplots leading up to training camp and the beginning of the 2011-2012 season that the Caps should play their games before sundown. Where else would you watch “daytime dramas.”