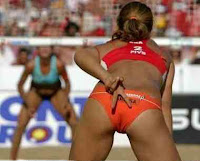 The Caps made it two in a row and seven of eight at home with a 5-2 win over the Ottawa Senators. Not that is wasn’t without its moments of suspense, thanks to a somnambulistic second period. But the Caps kicked things into high gear in the third period with three goals to win going away.

The Caps mixed things up offensively. Three players had multi-point nights, but ten players shared in the scoring. You knew it might be a big night on offense when “Muffins,” himself – Boyd Gordon – got things off and running by putting a shot on goal (only his sixth of the year), then pouncing on a rebound off a shot by Matt Bradley a couple of seconds later, laying out and sweeping the puck past goalie Pascal Leclaire.

Then, as if to continue the “dog-bites-man” sort of evening it was becoming, Mike Knuble gathered the puck and dashed (no, really… dashed) down the right side, letting fly with an innocent looking shot on goal that somehow eluded Leclaire to give the Caps a 2-0 lead at the first intermission.

But there must be something about the goal at the eastern end of Verizon Center. When the teams changed ends for the second period, the Caps offense (so active in the first, while shooting toward the east), went dormant in the other end. Not that Ottawa was putting on fireworks display of their own, but they did manage the only goal of the period. At 17:45 Chris Phillips used Alex Kovalev as a enough of a screen (or at least a nuisance to goalie Jose Theodore) to fling a wrist shot home to halve the lead at the second intermission.

Then it became “The Nicklas Backstrom Show.” In the first minute of the third period, Backstrom and Alex Ovechkin played the puck back-and-forth as they were crossing the Ottawa line. Backstrom looks as if he would carry the puck around the net, but instead fired a shot from a bad angle that handcuffed Leclaire dropped behind him to restore the two-goal lead.

Later in the period, Backstrom had Leclaire guessing wrong once more. After Ovechkin dropped Alex Kovalev at the Ottawa line (eliciting a roar from the crowd), Backstrom picked up the puck at his own blue line and skated down the middle. He had an opening to Leclaire’s righ,t and he took it. Leclaire bit on the move, overplaying the short side as if not to make the same mistake he made on Backstrom’s earlier goal. But Backstrom this time carried the puck around the horn and stuffed it on the other side before Leclaire could recover.

All that was left was to see if Ovechkin would get his first goal as Captain and send the Caps faithful scurrying to the restaurant offering free wings for five goals by the Caps. He did, taking advantage of some sloppy neutral zone play by the Senators and taking advantage. With the puck loose outside the Ottawa line, he collected, then got the advantage when Mat Carkner got turned the wrong way. Ovechkin sped in, moved the puck to his backhand with Carkner desperately trying to hook him, hold him, or sing him a lullaby. It was no use; Ovechkin flipped the backhand under the crossbar and the Capitals’ scoring ledger was complete. Ottawa added a goal in the dying seconds to make our prognostication look good, the final score being 5-2.

-- Backstrom was cooly efficient, almost surgical, and error-free to boot. Two goals (on three shots), an assist, a takeaway, two blocked shots, and he won nine of 17 draws. He won the first star (to make another prognostication look good as our “player to ponder”… we had a pretty good night – go figure).

-- Ovechkin had what I might call a “three-inch night.” He had ten shots on goal, and only one went in. But if not for a shot being three inches to close to the body here, three inches too low there, and so on, Ovechkin might have had a five-goal night. He had pucks in good shooting areas and had good releases. But sometimes, like a hitter in baseball hitting line drives right at fielders, he managed to find a piece of Leclaire’s equipment often with good shots.

-- Matt Bradley gets more out of ten minutes of ice time than most guys get out of 20… ok, 15. Two assists, plus-1, a couple of decent scoring chances, and a lot of havoc created. He had a nice night.

-- For the record, the top line of Ovechkin-Backstrom-Knuble was 4-3-7, plus-8 (Ovechkin did score his goal with Bradley on the wing in place of Knuble).

-- David Steckel was 9-for-14 in the circle. That’s 19-7 the last two games. Scoring isn’t the only thing subject to being in a groove.

-- Speaking of draws… Tomas Flesichmann, 12 up and three down??

-- There might be some psychic satisfaction at seeing Mike Green pin Jarkko Ruutu to the ice, but if you’re a Caps fan, seeing that trade off – Ruutu going off with Green with the game still in doubt (3-1 at the time) -- had to get fans a bit jumpy.

-- Bruce Boudreau said in the post game that with a little luck, Jose Theodore could have had a shutout. He had no chance on the Phillips goal, which looked as if it was deflected in front, and on the second the Caps were, as Boudreau put it, “brain dead.” Everyone was on the side of the ice away from Jonathan Cheechoo, who took a cross-ice pass from Shean Donovan and had time to write a sonnet before lifting the puck over Theodore. As it was, Theodore had a solid game, rarely (if at all) allowing Ottawa any rebounds to put back.

-- The nice thing about a 5-2 game is that the minutes get spread a little more evenly. Only three players with more than 20 minutes for the night, and it’s worth noting that Mike Green played “only” 22 minutes, this after logging 30-plus minutes in three of his last four games.

-- It was an extremely choppy game, an indicator that Ottawa really misses Daniel Alfredsson and Jason Spezza. There wasn’t a lot of flow, especially in the first two periods. One indicator of this was total shot attempts. The Caps had only 55 (they had 70 in Tuesday’s win over Montreal), and Ottawa had only 52.

-- Ovechkin is now tied for third in points, third in goals, tied for first in plus-minus, and first in shots… all while playing 6-8 fewer games than other leaders in those categories. His repeating as Hart winner is problematic, but there isn’t even a second place in the Pearson sweepstakes.

All-in-all this was the same sort of “workmanlike” effort that the Caps had on Tuesday. Coach Boudreau was right in describing the Caps as “floundering” in the second period, but they righted themselves quickly in the third period. The two games this week could be signs of a nice little run as the Caps hit the road. They are 6-0-0 against their next three opponents – Atlanta, Tampa Bay, and Florida, teams that are a combined 5-8-3 since Christmas. For now though, this is a win that had a lot of authors, just the thing to make everybody happy.
Posted by The Peerless at 12:05 AM 4 comments: