"The Carolina Hurricanes barely had finished off the New Jersey Devils by scoring two goals in the final 1:20 of Game 7 of their series to determine the second-round matchups when Crosby started texting teammates... 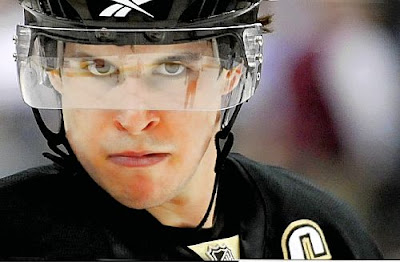 Beware what it is you wish for.

The Peerless Prognosticator is ON THE AIR!!! -- Eastern Conference Semifinals Game 4: Caps vs. Penguins

We’ve arrived at “hump game” – Game 4 in this seven game series between the Capitals and the Penguins.

Oh… you think “hump game refers to the middle game, like Wednesday being the “hump day” of the week. Not so. This is “Hump Game” as in “get over the hump,” the “hump” being this notion of the inferiority complex that always seems to attach itself to the Capitals and their fans whenever we get to this point of a Capitals/Penguins series…”the Penguins have played better,” “they hit harder,” ‘they hustled more,” and the be all and end all thought that came out of the last game…

“They deserved to win.”

The Peerless considers this “UFB.” That’s right “utter f*cking bullsh*t.” There is no “deserved” to win crap at this time of year. You win, or you don’t. How, or whether you did it with style points, or if you “deserved” to win, whatever that is supposed to mean, doesn’t mean a thing.

“But you know, anything that can go wrong, will go wrong…”

And who are you?

I see… and let me guess, you think that anything that can go wrong for the Caps will go wrong?

And you think your law applies to the Caps?

“Oh, not just that… there is ‘Murphy’s Law of Thermodynamics.’”

I can’t wait for this one…

“Things get worse under pressure.”

“Nope… there is ‘Murphy’s Extension’… everything goes wrong all at once.”

Do you have any laws from a positive perspective?

“Well, there is ‘Murphy’s Paradox’… doing it the hard way is always easier.’”

“Maybe the Caps just need to get back to hard work and having faith in their philosophy?”

“And there is ’Pierson’s Law of Momentum.’”

There seems to be a theme emerging here…

“Yeah, it goes with ‘Maugham’s Talent Maxim’…Only a mediocre person is always at his best.”

And the Caps were pretty mediocre on Wednesday…

“Yup, there are nights like that… they can be a lot better.”

Any law’s for Caps fans tonight?

There is a law for such things?

OK, what’s this one?

“You can’t fall off the floor.”

Any last law’s you’d like to leave us with?

“Weinberg’s First Law…progress is made on alternate Fridays.”

Well, the Caps didn’t play last Friday, so you know what that means…


Thanks to The Complete Edition of Murphy's Laws
Posted by The Peerless at 6:38 AM 1 comment: