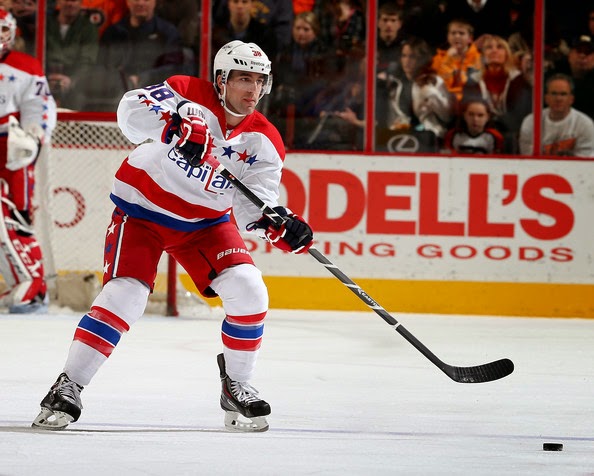 -- From “If It Wasn’t for Bad Luck,” by Ray Charles and Jimmy Lewis

On April 2, 2013 the Washington Capitals announced that they re-signed defenseman Jack Hillen to a two-year, $1.4 million contract extension. On that day Hillen would play in just his 11th game as a Capital, having been signed as a free agent for the abbreviated 2012-2013 season but who missed 25 games to that point of the season with a shoulder injury.

Maybe the deal was struck so the Caps could get a season’s worth of games out of Hillen while he was here and needed two seasons to do it.

That logic (which certainly was not a part of the deal) would have been prescient given what took place this past season. In his first season in Washington Hillen did not make it through his first game before sustaining that shoulder injury against Tampa Bay. This season he made it all the way to his… second game.

Just 8:10 into the Caps’ home opener against the Calgary Flames, the injury bug (which must be as big as an Abrams tank) came up and bit Hillen again, ran over him in fact. The running over came courtesy of Lance Bouma, who rode Hillen into the boards on Hillen’s third shift of the game. Hillen crumpled to the ice as Tom Wilson went search-and-destroy on Bouma. Wilson and Bouma survived their scuffle. Hillen was not as fortunate. The verdict was a broken tibia, an injury that cost Hillen 60 games. He would not return to the ice until March 5th against Philadelphia.

Hillen lasted just 11 games in this stretch, the last of which was a home contest against the Los Angeles Kings. In that one, Hillen made it to overtime, but on his only shift in the extra session he had the misfortune of standing on the tracks when the Siberian Express came roaring through. Hillen collided with Alex Ovechkin in the neutral zone suffering a concussion and ending what was a miserable season, even by the Capitals’ standards in 2013-2014. As it turned out, it was not even Hillen’s first encounter, so to speak, with Ovechkin that ended badly. There was this in 2010… 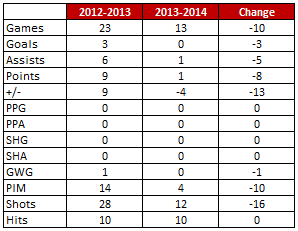 Cheerless’ Take… Yesh, cuz, and at the rate he’s going he’ll get to that 82nd game with the Caps sometime in the 2016-2017 season. But even so, his ability to remain upright is maybe a bit better than his possession numbers. Here’s how bad it was, even in just 13 games this season. At 5-on-5 his Corsi-for percentage (42.9) and his Fenwick-for percentage (42.4) was worse than the numbers for rookie Connor Carrick (43.9/42.8). He was above 50 percent Corsi-for just four times in 13 games.  He had the worst PDO of any Caps defenseman playing in more than one game (968).  You would expect some correction, and there is that “small sample size” those fancystatters talk about, but geez. Can’t say it was a year for the ol’ scrapbook.

Odd Hillen Fact… In two years with Washington the Caps are 22-10-4 in regular season games in which Jack Hillen appeared. Might we recommend this to keep him in the lineup… 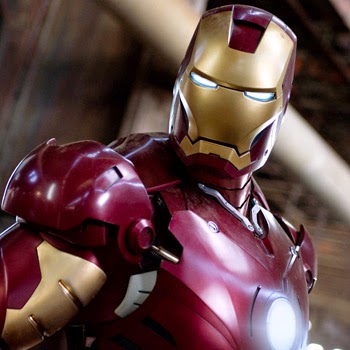 Game to Remember… March 5th against Philadelphia. In an otherwise forgettable game against the Flyers, the Caps found themselves down, 4-1, heading into the third period. With 6:35 gone in the period Alex Ovechkin gave some life to the Caps with a power play goal. Less than three minutes later the Caps made a game of it. It started with Troy Brouwer and Hillen breaking out of the Caps’ zone, Brouwer feeding the puck to Hillen in stride at the red line. Hillen chipped the puck into the Flyers’ end and went after it. He beat Kimmo Timonen to the puck and shoveled it along the end wall to Nicklas Backstrom, who returned it to Hillen in the right wing corner. Hillen stepped out across the goal line and spied Brouwer all alone at the edge of the left wing circle. Brouwer one-timed the pass past goalie Steve Mason, and the Caps were within a goal. That would be as close as the Caps would get, though, the teams exchanging goals before Steve Downie potted an empty-netter with 52 seconds left to seal a 6-4 Flyers win.  For Hillen, the assist on the Brouwer goal was his only point of the season.

Game to Forget… Really, having seen the season Hillen had, do we really want to go there?

Being a professional athlete is in many ways a gift.  You get to play a game and earn a handsome living doing it, even if you are at the bottom end of the pay scale.  But someone, somewhere, owes Jack Hillen some good fortune.  Busted shoulder, broken leg, and a concussion in less than two full seasons.  A total of 94 games missed over those two seasons.  While he has been a reasonably productive player in his limited time on the ice for the Caps, he also is a defenseman who has seen his games played drop in each of the last four seasons, from 69 in 2009-2010 to 64 to 55 to 23 to 13 this past season.

Hillen has one more year to go on his current contract.  It has the look of a deal that provides value, a player who can fill in as a third pair defenseman productively but comparatively cheaply.  The problem has been that Hillen’s time in Washington has been characterized more by players having to fill in for him during long absences.   Such was the case in 2013-2014, and one hopes than having missed 69 games this season he can have a healthy and productive 2014-2015 season.

Elsa/Getty Images North America
Posted by The Peerless at 6:26 PM No comments: