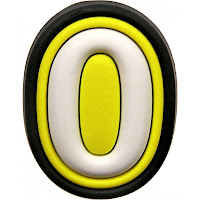 Well…that did not quite go as planned.

Joe Corvo stuck a knife between the ribs of his former team with an awful (if you are a Washington Capitals fan) goal from an impossible angle off the shoulder of goalie Braden Holtby.  Someone named “Riley Nash” scored his second and third goals of the season, giving him his second and third goals of his NHL career.  The Carolina Hurricanes got a late shorthanded empty net goal, and Justin Peters – he of the two appearances this season prior to last night’s start – stopped all 26 shots he faced to record his second career shutout.  Oh, yes…both shutouts have come at the expense of the Capitals.  And so the Caps dropped the front half of their important home-and-home set with the Carolina Hurricanes, 4-0.  Did we forget anything?

-- Alex Ovechkin finished the game with no shots on goal. The last time he did that was on February 26th against…Carolina.  What, he doesn’t want to hurt his old friend Alexander Semin’s feelings?

-- Through his first 22 games this season, Mike Ribeiro had not suffered consecutive games without a point.  In going without one last night, that makes three in a row.  He and Ovechkin are each a minus-6 over those games.

-- You have Tomas Kundratek leading the team in shots on goal with five?  No, me neither.

-- Ditto on Ribeiro tying for the team lead with five hits?  Yeah, me neither.

-- Back to shots…Wojtek Wolski was second on the team with four shots on goal in less than 10 minutes of ice time.  Take Wolski and Kundratek out (neither of whom are expected to be big offensive contributors, given ice time or position), and that means 17 shots for the other 16 skaters, three of them – three! – for the “top” line of Ovechkin, Ribeiro, and Johansson.

-- Equal opportunity disappointment… 14 of 18 skaters were on ice for goals against and finished in “minus” territory.

-- That 14-for-14 faceoff performance by Nicklas Backstrom in his last game… he had 14 more faceoffs in this contest but won only six.

-- Speaking of which… Jason Chimera and Joel Ward, a combined 3-for-3 in offensive zone faceoffs.  Mike Ribeiro and Nicklas Backstrom… 4-for-13.  Not what the club is looking for.

-- The empty net goal also happened to be the first against the Caps this season, thus leaving only two teams not having allowed one – Nashville and Chicago.

-- How bad was this?  Joel Ward, who before last night had been on ice for only seven goals against all season, was on ice for all four Carolina goals.

-- 31 shots on goal against over the first two periods.  Hey, we warned ya…Carolina has been jumping on clubs in the first 40 minutes of games.

-- Who was that tying the team lead in blocked shots for Carolina?... Some Russian feller by the name of “Seaman” or something.

-- Mathieu Perreault…four shifts in the first period, two in the second, one in the third.  He has to be doing something that is playing him off this team.  What, though?  He was one of only four Caps skaters not on ice for a goal against, and it’s not as if his was the only stick without a goal or a point on it in this one.

We are about at the point where musing about “playoffs” should not be a topic of serious conversation.  They look about done as the Easter ham.