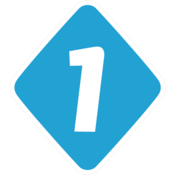 The Washington Capitals took the ice of Veterans Day looking to extend their winning streak to seven games when they hosted the Arizona Coyotes.  The Caps started slowly and fell behind, 3-0, before mounting a furious comeback to force extra time.  They looked to have it won, but a game-winning goal was overturned on review, and the Caps fell in the Gimmick, 4-3.

Washington had the better of the chances over the first half of the period, but it was Arizona who would get the first power play chance when Jakub Vrana was sent off for slashing 10:54 into the period.  The Caps killed off the penalty with having allowed two shots on goal.

The Coyotes did, however, break on top in the 15th minute when Hinostroza cleaned up some loose change in front of goalie Ilya Samsonov sweeping a loose puck under the goalie from the top of the crease at the 14:15 mark.

The Caps got their first power play 15 minutes in when Nick Schmaltz was sent to the box on a hooking penalty.  Washington managed only one shot on an unsuccessful power play, and the teams played on.  There would be no further scoring as the teams went to the first intermission with Arizona ahead, 1-0.

It was 3-0 less than a minute later when the T.J. Oshie flubbed a pass in the neutral zone, and Michael Grabner took off on a breakaway, beating Samsonov cleanly at the 45-second mark.

Clayton Keller had another breakaway chance shortly thereafter, but Samsonov threw out his right pad to deny Keller a shooting path, and the Caps stayed within three.

It was Washington’s turn on the breakaway mid-way through the period.  After escaping a Coyote chance at the other end, Jakub Vrana fed Evgeny Kuznetsov at the Arizona blue line.  Kuznetsov split the Arizona defense and darted in alone on goalie Antti Raanta.  Kuznetsov deked and slid the puck between Raanta’s pads to make it 3-1, 8:47 into the period.

The Caps had a chance late in the period, but a backhand by Chandler Stephenson hit the goalpost and rang out, leaving the margin at two goals.

Jason Demers was whistled for hauling down T.J. Oshie in front of the Arizona net, putting the Caps on a power play in the last minute of the period.  The Caps were not able to convert the power play chance before the end of the period, so it would carry over to the start of the third with the Coyotes in front, 3-1.

-- Tom Wilson was credited with five hits through two periods.

The Caps started the period with more than a minute left on their man advantage but could not convert.

The Caps did get within a goal less than three minutes in when off a faceoff win in the Arizona end, Michal Kempny sent a drive wide and off the end boards.  The puck rebounded out to the left of Raanta where Kuznetsov was lurking, chipping a backhand behind the goalie to make it 3-2, 2:23 into the period.

Dmitry Orlov drew a penalty on Derek Stepan 5:33 into the period to give the Caps a chance to tie the game on a power play, but despite Alex Ovechkin getting a chance from in close, the Caps could not convert the opportunity.

The Coyotes went on a power play 9:49 into the period when T.J. Oshie was sent off for high-sticking.  The Caps killed it off to keep it a one-goal game.

The Caps pulled Samsonov in the last two minutes, and the move paid off with just over a minute left.  A one-timer from the left circle by Alex Ovechkin was stopped by Raanta, but he left the puck at the top of the crease, and T.J. Oshie swatted it into the back of the net to make it 3-3, 18:44 into the period.  That would be how the teams ended regulation.

It looked as if the Caps had the game won in overtime when Lars Eller fed T.J. Oshie from the Arizona blue line, and Oshie skated the puck into the middle before wristing it over Raanta’s glove.  But after video review, the play was deemed offside, Oshie crossing the blue line before Eller could scrape the puck across the blue line.  It would be the best chance to end the game in the extra frame, but the teams went to the Gimmick.

Nick Schmaltz and Conor Garland for Arizona… None for the Caps. ‘Yotes, 4-3.

-- Tom Wilson recorded an assist, extending his points streak to five games over which he is 4-5-9.

-- Evgeny Kuznetsov’s second period goal extended his points streak to four games, and when he added a goal in the third period he was 3-6-9 over those four games.

-- Jakub Vrana added an assist, giving him points in seven of his last eight games.  He is 6-6-12 in that span.

-- Even with the extra time loss, the Caps extended their points streak to 12 games (10-0-2) and became the first team to 30 points this season.

Frankly, this was a game that the Caps should have lost.  They were sluggish early, let Arizona set the pace, and at times looked a bit indifferent.  But the three-goal deficit woke them up, and they were clearly the better team over the last 30 minutes.  But this is still a 60 minute game, and for the Caps to get out with a point without that full 60 minute game can be thought of as fortunate, hopefully just a speed bump in their recent run of good fortune.
Posted by The Peerless at 10:07 PM No comments: