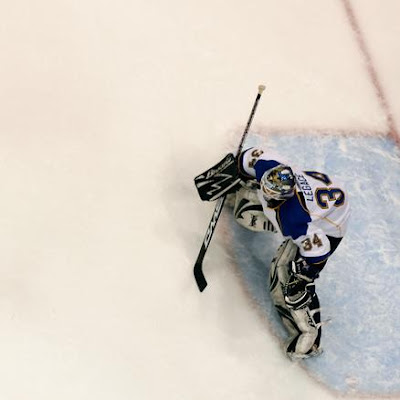 Eric Staal won the car...Rick Nash had the hat trick...Alex Ovechkin stole the weekend. But my MVP?...

He was a joy to listen to when he was miked up for the All-Star game. His self-deprecating demeanor and "good sport" attitude about the whole thing was a shot in the arm this game needed.
Posted by The Peerless at 9:20 PM 3 comments:

This could be, as if it's needed, the real "coming out" party for Alex Ovechkin as a player the league leans on to market its product. A showman with skill and personality...you wonder when the league is going to "get it."

And today, he'll be playing with Jason Spezza and Martin St. Louis. Hope Phillips Arena has a speed counter for goals.
Posted by The Peerless at 10:42 AM No comments:

Every Hockey Player Needs a Nickname 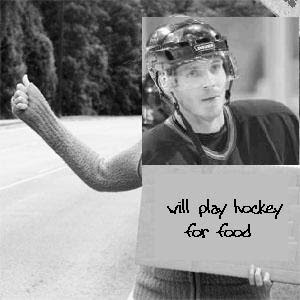 Hockey is famous for nicknames..."Turk," "Chicotoumi Cucumber," whatever. These days, nicknames are more a product of a player's last name. "Clark" becomes, "Clarkie"..."Ovechkin" becomes, "Ovie"..."Crosby" becomes...well, you get the idea.

But sometimes, a unique nickname is in order. Consider, if you will, Kris Beech...former first-round draft pick of the Capitals, later sent to Pittsburgh in the Jaromir Jagr trade...to Nashville...then to back to Washington...then to Columbus.

January 10th, claimed off waivers by Vancouver from Columbus.

January 22nd, claimed off waivers by Washington from Vancouver.

January 26th, claimed off waivers by Pittsburgh from Washington.

...we'll propose "Travelocity" as Beech's nickname.
Posted by The Peerless at 10:17 AM 1 comment: