The Peerless Prognosticator is ON THE AIR!!! -- Caps vs. Senators, December 29th

This is a special emergency edition of The Prognosticator, and we’ve convened our crack panel of medicos to give us insight into the breaking…or, “slicing,” if you will…story on...

At this hour, Alex Ovechkin lies near death…or maybe his night stand…a victim of a heinous attack by a skate in on Thursday night. The attack came early in the third period of a contest between Ovechkin’s Washington Capitals and the Pittsburgh Penguins, when Penguin defenseman Kris Letang “accidentally” cut Ovechkin on the inside of his upper thigh with his skate. Since the brutal, unmeditated attack, an Ovechkin Watch has been underway in DC attended by several. Meanwhile, in , where the Caps will play the Ottawa Senators this evening, Ovechkin’s wound is described as superficial. Let’s get our panel to comment on the situation…

Dr. Gregory House…you specialize in difficult diagnoses. What do you make of the description of the wound as “superficial?” 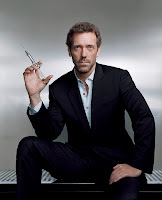 Dr. House: “Well, based on my experience, it’s wrong…if those ‘doctors’ – do they have them in Pittsburgh, or is it just some hillbilly voodoo – had an ounce of diagnostic skill, they’d ask dozens of questions, come up with a bushel of diagnoses, then figure it out…probably about an hour after they started. I’m thinking, ‘subdural hematoma.’” 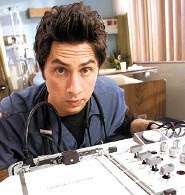 J.D., you’ve probably seen a lot of these kinds of wounds as a young attending physician…what do you make of it?

Dr. Dorian: “Me?...what do I know?...I just do voice over narration and screw up my personal relationships.”

Dr. Gil Grissom…you’re not an M.D., but this having all the earmarks of a crime scene, you might have some special insight… 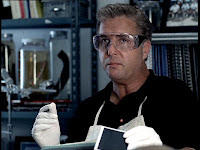 Dr. Grissom: “I don’t think we can reach any conclusions as to the nature and severity of the wound unless we have some really disgusting graphics of the injury that get deep into the sinews and blood vessels and all that other goop that folks generally find sickening.”

Gentlemen…we’re still left with the question, what really happened to Alex Ovechkin? Was it merely an accidental skate blade? Was it a conspiracy of Penguins, evidenced by the delay in having any medical personnel attend to Ovechkin while his life was bleeding out of him? What was it?

Well, that seems as good a diagnosis as any, but there is the open question of whether Ovechkin will play this evening against . Ovechkin says, “"Probably I play. After the morning skate tomorrow, we'll see."

Speaking of “we’ll see,” we’ll see which teams show up this evening on both sides. Caps fans will remember that the last time these clubs met, on November 8th, the Caps dealt the Senators a surprising…nay, “stunning”…4-1 beating at . The game was noteworthy for several other things. First, the win ended eight-game winning streak. Second, it was the last time Viktor Kozlov scored a goal. Third, it was the occasion of Nicklas Backstrom’s first NHL goal. Finally, the Caps celebrated the win by immediately embarking on a five-game losing streak culminating with their coach getting fired.

It was a meaningful game.

seems to think the game tonight is meaningful, if one reads between the lines of their comments…

Jason Spezza: "Whenever we lose to a team, anybody, we address it. Because you don't want to lose a second time in a row. We don't want any team to feel like they can beat us. So tomorrow is important."

Mike Fisher: "They kind of caught us a little bit overconfident, or we took them too lightly. But that's not going to happen again."

Well, the Senators might not take the Caps lightly this evening, but it isn’t as if the club doesn’t have distractions to contend with. Ray Emery was sent home from practice on Friday. An ailment was suspected – either Emery suffering from one, or the Senators suffering from what they feel is an inappropriate attitude. What might be telling is the commentary from team’s captain, Daniel Alfredsson:

"If he was our No. 1 goalie right now and we lived and died by him, then it would be a different story. We'd expect more from him at times. (Martin) Gerber is our goalie right and I think Ray's mission right now is if he wants to get back in, he's got to show the coaches he wants to do it. That's where we are at."

Gerber’s performance reflects his team’s. The Senators are almost as hot coming into this game as they were when they came into the November 8th meeting. They are 9-1-1 in their last 11. They’ve scored five or more goals five times. Here are the statistical particulars over that stretch:

The Caps, meanwhile, are in a sense right back where they started from. On November 8th they were in the midst of a 1-5-1 stretch. At the moment, they are 1-1-3 in their last five games. Even since that evening, the Caps are 8-10-4…marking time in a way. Can they catch lightning (or at least, “Senators”) in a bottle again? Well, the boys are 4-2-0 in their last six meetings against , outscoring them 19-14. What has been the key? You might think, “keeping the Senators off the power play.” Well, that would help – the Caps killed 25 of 28 shorthanded situations in those six games (89.3 percent). But the key is the Caps power play. They scored at least one power play goal in each of the four wins, and failed to do so in both of the losses 6-for-27 overall, 22.2 percent).

That’s why it will be important for Ovechkin to play this evening (11 power play goals for the season, 5-6-11 in nine career games against Ottawa) and for someone like Viktor Kozlov to make his presence felt (11-10-21 and five power play goals in 32 career games against the Senators). If the Caps can make the Senators play defense, it keeps guys like Spezza and Heatley from doing as much damage as they normally might do.

The Senators will be ready, and the Caps don’t really have much reason to fear this club, given their recent success (though a healthy respect is required). It will probably be a good game...better than some folks might expect. The Caps started 2007 poorly, with a 3-2 New Year’s Day loss to . They will end the year much better…

And, if you were thinking of getting Kris Letang a belated Christmas present, might we suggest the following…