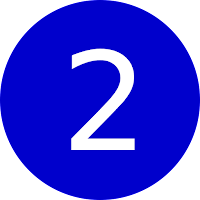 The Washington Capitals returned to action on Monday night, hosting the Buffalo Sabres at Capital One Arena.  The home team played a solid game for the most part in a 5-3 win, wearing down the younger Sabres and giving them few chances to get back into the game once they took a lead.

Washington drew first blood in the third minute of the contest on a double deflection, a Trevor van Riemsdyk drive redirected by the stick of Alex Ovechkin and off the elbow of Tom Wilson past goalie Dustin Tokarski at the 2:13 mark.

The Caps went to a power play 90 seconds later when Tage Thompson was called for holding Dmitry Orlov.  Washington failed to convert on either of their two shots on the man advantage, and the Sabres remained within a goal.

Buffalo went a man to the good when Carl Hagelin was whistled for holding at 10:07 of the period.  The Caps kept the Sabres from getting a shot on goal and killed the penalty to maintain their 1-0 lead.  That would be how the teams went to the first intermission after a period in which the Caps dominated possession.

-- Seven Caps finished the period with one shot on goal.  Alex Ovechkin had five (and six of the 22 shot attempts).

-- The Caps deployed a rookie line of Axel-Jonsson-Fjallby, Brett Leason, and Connor McMichael.  They did not get a lot of ice time, McMichael getting four shifts, and AJF and Leason three apiece.  The trio combined for 7:20 in ice time.

The Caps doubled their lead 2:30 into the period when Connor McMichael stepped up in the Sabres’ zone and snapped a shot that hit a Sabre and trickled past Tokarski to make it a 2-0 game.

Buffalo halved he deficit when Alex Ovechkin blew a tire in the defensive zone trying to move the puck, and Cody Eakin was johnny on the spot to collect the loose puck and snap a shot past goalie Vitek Vanecek on the short side to make it 2-1, 3:43 into the period.

The Caps restored their two-goal lead when Dmitry Orlov fired a puck from the offensive blue line that Alex Ovechkin redirected past Tokarski with the shaft of his stick, high on Tokarski’s blocker side at the 8:55 mark, putting Ovechkin in a tie with Brett Hull for fourth place on the all-time goal scoring list (741).

Buffalo went to a power play at the 14:49 mark when Carl Hagelin drew his second penalty of the game, a tripping call.  Buffalo did not record a shot on goal in failing to convert the man advantage, and the Caps held on to their 3-1 lead.  That would be how the teams finished 40 minutes.

-- The teams split 18 shots on goal for the period, nine apiece, while the Sabres out-attempted the Caps, 15-14.

-- Nic Dowd went out after skating one shift in the second period.  He appeared to have a problem with a skate that caused an injury that will be re-evaluated.  He did not return.

The Sabres clawed within a goal early in the period when they badgered the Caps in their own end, crowded the Caps’ net, and scored on a goal mouth tally by Anders Bjork, chipping the puck out of mid-air past Vanecek at the 3:17 mark.

The Caps went back to a two-goal lead when Evgeny Kuznetsov picked Kyle Okposo’s pocket in the Buffalo zone, turned, and slid the puck to Tom Wilson cutting across the slot.  Wilson opened Tokarski’s pads and finessed the puck between them to make it 4-2, 6:45 into the period.

Washington went to a power play when the Sabres were called for delay of game, puck over the glass, Cody Eakin getting the call at 9:45 of the period.  The Caps failed to convert and skated on with their two-goal lead.

Dmitry Orlov was called for interference at the 14:40 mark of the period to put the Sabres on their third power play of the evening. The power play was wiped out when, after a scrum in front of Vanecek, Zemgus Girgensons was sent to the penalty box for slashing at the 16:41 mark.  The Caps converted the man advantage when John Carlson floated a puck through a double screen and past the left shoulder of Tokarski to make it 5-2, 17:47 into the period.

Buffalo got one back when Colin Miller one-timed a rocket that appeared to nick Martin Fehervary o the way through and past Vanecek at the 18:56 mark.  It would be as close as the Sabres would get, the Caps skating off with a 5-3 win.

-- This was the Caps’ sixth win of the season, all by multi-goal margins.

-- Kuznetsov had three assists, his 17th career game with three or more assists, third all-time for the Caps.

-- The three points for Ovechkin was his 119th career game with three or more points, tying Luc Robitaille for 30th place, all-time.

-- Ovechkin’s second assist was his 600th of his career, the 93rd player in NHL history to reach the 600-assist mark.

-- Ovechkin led the Caps with six shots on goal and ten attempts.

-- The win over Buffalo was Vitek Vanecek’s sixth of his career; he is the all-time leader in regular season wins against the Sabres.

This qualified as a “workmanlike” effort for the Caps, which is just what they needed.  After losing three in a row, the object is to simplify, play with more discipline, and wear an opponent down.  The Caps succeeded in all three areas.  They also shut down one of the best power plays in the league in the early going of the season, which was another plus.  It was a good start to the week for the Caps, who will now go on the road for a pair of games.  Tonight was an example of how they should play on the road.  Taking care of business and avoiding the showy displays.