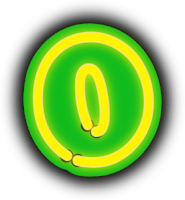 You can now put those power rankings away. That 7-0-0 start…set it aside. That 6-0-0 home ice record…stick it on the shelf.

The Caps lost last night to the Dallas Stars, 5-2, in a meeting of what was billed as a battle of the top two teams in the league. By the time it was over, it was a case of a good team on a roll exposing the other as a team with problems of a sort you would not have expected after a hot start. What kind of problems?

For starters, the loss makes the Caps 2-4-0 since that franchise record-setting 7-0-0 start. What is fortunate about that is that if you look at most recent 10-game records in the Eastern Conference, the Caps’ 6-4-0 record isn’t that bad. Only four teams in the East earned more points in their last ten games than the Caps’ 12 points, and none have earned more than 15. But the Caps are, as they say, “trending downward.”

That third period. Three goals allowed on nine shots in the first 8:05 of the period. That makes ten goals allowed by the Caps in the third period in the 2-4-0 run, and it is the third time they have allowed three goals in the last frame. Ten goals on 46 shots…a 21.7 percent shooting percentage for opponents. Not good…really, not good.

Another power play goal allowed. That’s three games in a row the Caps have allowed one and the fourth time in the six game slump. They are 19-for-25 on the PK in this stretch – 76.0 percent isn’t the penalty killing of a top-echelon team.

And moving down the roster, the guys you would expect to hear from, you haven’t. Alexander Semin had a goal last night, breaking a seven-game drought, and he was not on the ice for any goals against. But it was his second tripping call that Dallas converted for the insurance goal in the third period that put them up, 4-2.

Mike Knuble played 15 minutes last night and was on ice for two goals against. He didn’t have a point and has one goal in his last ten games. He is also a minus-5 in his last five games.

The defense isn’t any better. John Carlson is 2-2-4 in the 2-4-0 skid, but he is also a minus-2. He was on ice for four Dallas goals last night. No one is feeling the absence of Mike Green than Carlson, who might have too many items on his plate at the moment

And part of Carlson’s problem might be that Roman Hamrlik just hasn’t yet wakened from an early-season slumber. The Caps have allowed 38 goals in 13 games. Hamrlik has been on the ice for 18 of them. He was on ice for three more last night.

It makes it difficult to figure out what to make of the goaltending. Are Tomas Vokoun and Michal Neuvirth in their own versions of slumps, or is the team just that bad in front of them. Whatever, allowing 24 goals in the last six games on 173 shots – a .861 save percentage…not good. Four times in the six games the Caps have allowed four or more goals…really, not good.

In the end, that’s what the Caps are at the moment…really, not good.
Posted by The Peerless at 6:34 AM No comments: