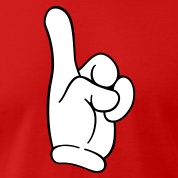 The Washington Capitals waited eight days since their last game to face competition, and when the ice chips settled at Verizon Center, they found that the hiatus had its price as the Philadelphia Flyers skated off with a 4-3 overtime win.  The loss broke the Capitals’ home winning streak at 12 games.

It was a game in which the Caps found themselves always chasing – the Flyers, the puck, and a lead.  They spent most of the game unsuccessful at the first two and never did achieve the last.  It started less than five minutes into the contest.  Tom Wilson was sent off at the 4:48 mark on an interference penalty, and the Flyers struck just six seconds later.  After Claude Giroux won the ensuing faceoff from Mike Richards, the Flyers worked the puck clockwise around the perimeter until Wayne Simmonds found Brayden Schenn in the slot for a one-timer that beat goalie Braden Holtby.

A little over six minute later the Flyers had a two-goal lead, courtesy of a brutal turnover from Evgeny Kuznetsov.  Skating around the back of his own net, Kuznetsov threw a backhand pass into the middle where Ryan White picked it off.  From between the hash marks, White snapped the puck past Holtby, and it was 2-0 barely 11 minutes into the game.

That was the way the teams went to the locker room at the first intermission, and when play resumed it was the Caps dominating.  They capitalized when the Flyers could not get the puck out of their own end.  A pass from White to Sam Gagner proved to hot to handle, and the puck bounced free to Nate Schmidt, who slid it to Andre Burakovsky in the high slot.  Burakovsky had time to pick is spot, and his picked it well, firing the puck just over goalie Michal Neuvirth’s left pad to make it 2-1.

Nicklas Backstrom tied the game less than a minute later.  The Caps skated up on a 3-on-3 rush, led by T.J. Oshie carrying the puck down the left side.  Skating down the wall, Oshie spied Backstrom as the late trailer, and he fed Backstrom skating down the middle.  From the inside edge of the right wing faceoff circle, Backstrom wristed the puck past Neuvirth, and it was a 2-2 game 8:34 into the second period.

The Flyers recaptured the lead late in the period on a goal by Jakub Voracek, who fired a shot though a maze of bodies from the far edge of the right wing circle off a faceoff win by Giroux.  The 3-2 Flyer lead was how the teams would enter the third period.

The only goal of the final frame came in the fourth minute.  Kuzetsov redeemed his turnover in the first period with some hustle and deft stick work.  After Justin Williams chipped the puck into the Flyer end, it got caught up in the skates of Scott Laughton.  Kuznetsov pounced on the opportunity, digging the puck out of Laughton’s skates and turning toward the goal.  Working the puck around Mark Streit, he found Burakovsky skating down the weak side.  Kuznetsov slid the puck over, and Burakovsky rang a shot off the inside of the pipe on the near side past Neuvirth to make it 3-3 at the 3:55 mark.

That would be the way the score remained for the duration of regulation time, but things were settled shortly thereafter.  Voracek and Kuznetsov dueled behind the Caps’ net for the puck, and Voracek won the battle, circling out to the right of Holtby.  Spinning off Kuznetsov, with Holtby having lost his stick, Voracek snapped a shot over Holtby’s left shoulder and into the top corner on the far side to send the Flyers off with the 4-3 win.

-- After the game, the Capitals announced that Alex Ovechkin would not participate in the All-Star game in Nashville this coming weekend.  The team stated that Ovechkin had been playing with an injury and made the decision with the long-term needs of the team in mind.  As a result, Ovechkin will serve a one-game suspension and will not participate in the Caps’ first game on the schedule after the All-Star game against the Florida Panthers on February 2nd.

-- In a way, this game was something out of a Sherlock Holmes story, the dog that did not bark.  Or more precisely, the whistle that was not blown…twice.  Once when Dmitry Orlov took an elbow to the face behind his own net, and again when Michal Neuvirth directed the puck into the netting on a late Caps power play that might have provided a 5-on-3 advantage.

-- Andre Burakovsky is on a tear.  The two goals make it four games in his last six that he recorded two points.  He is 3-6-9 over those six games.

-- Nicklas Backstrom’s goal extended his points streak to three games.  He is 6-7-13 over his last 11 games.

-- Braden Holtby took a pair of minor penalties less than four minutes apart in the second period.  They were his first penalties of the season.

-- The Caps were down to 16 skaters by the end of this contest.  In addition to Dmitry Orlov taking an elbow in the chops (he did not skate the last 7:24 of regulation and did not skate in the overtime), Marcus Johansson left the game 12 minutes into the contest with an upper-body injury.

-- Two Capitals went out with injuries, but one returned from injury for this game.  John Carlson skated for the first time since December 26th.  In 19 minutes of ice time he had one shot on goal, one shot attempt blocked, three blocked shots, and he finished a plus-1.

-- You would probably go through a few names on the Caps roster for this game before settling on Nicklas Backstrom as the team leader in credited hits (6).

-- The Caps came into this game plus-11 in first period goal differential; the Flyers came in at minus-18.  So, of course, the Flyers led, 2-0, after the first period.  Hockey is weird.

-- Evgeny Kuznetsov wins the coupon for the all-you-can-eat buffet… an assist, five shots on goal, a shot attempt blocked, two misses, three hits, two giveaways, a takeaway, a blocked shot, and nine wins in 14 faceoffs taken to go with a minus-1.  With that point, he is 6-15-21, plus-10, over his last 16 games.

The rust showed.  Add to that the fact that the Caps lost two players to injury, got one back who was just easing himself back in (to the extent you can do that in the NHL), had another who is banged up enough to miss the league’s All-Star game, and it was a recipe for disaster.  That it was not, that the Caps managed a point out of this game, is a sign of the club’s depth.

That is not to say they played well.  They did not.  The second line had an eventful night, and not all in a good way.  They were on ice for two of the three goals for (both scored by Andre Burakovsky with an assist on one to Evgeny Kuznetsov), and they were on ice for both even strength goals scored by the Flyers in regulation.  Kuznetsov was also on ice – and was victimized – for the game-winning goal in overtime.

Now, the Caps get almost another week off before taking the ice again.  There will be more rust to accumulate, and it will be a challenge to keep it from getting too thick.  They have  a large cushion in the standings with which to work, but a hallmark of this team has been its ability to keep one loss from becoming two.  That will be put to the test as the club takes some days off to tend to its wounds among some key players.

Posted by The Peerless at 12:04 AM No comments: