Since the lockout that cost the NHL the 2004-2005 season, Tomas Vokoun has had the most interesting of Octobers.  It is a month that can be divided into his "first games of the season" and "everything else."  Here's what those two parts of October have been over six years coming into this season...

Resume panicking, Caps Nation
Posted by The Peerless at 9:24 AM No comments: 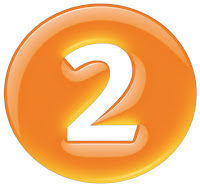 He’s human, after all.

“He” being Dwayne Roloson, goaltender for the Tampa Bay Lightning, who allowed five goals on 43 shots in the hockey portion of the evening and two more in the trick shot competition as the Washington Capitals outlasted the Lighnting, 6-5, in a Gimmick outcome.

For the Caps it was a tale of two teams. First, there were the “character actors.” Jason Chimera was doing his best “Jason Voorhees” impersonation, slashing his way to a rebound goal off a Brooks Laich shot, then knifing his way out of the corner to a loose puck that he wristed past Roloson with less than three minutes in regulation time to tie the game at five goals apiece.

There was Marcus Johansson, making his season debut after given a seat in the press box in the opener by coach Bruce Boudreau, with a goal and an assist, nine shot attempts in 15-plus minutes (four on goal), two hits, and a takeaway. It was a performance good for the second star.

Troy Brouwer had a goal and seven hits, more than twice as many as any other Cap, in 14 minutes of ice time.

Brooks Laich had an assist, two hits, a takeaway, two blocked shots, and won 12 of 22 draws in skating almost 24 minutes.

There were John Carlson and Karl Alzner, who as a defensive pair were not on the ice for any of the five Tampa Bay goals (Alzner was paired with Mike Green on the Bruno Gervais goal in the first period).

There was Matt Hendricks with another display of goalie-splitting stick skill in the shootout, showing forehand, teasing Roloson with the puck, pulling it back and pulling Roloson to his stomach in the process, then gliding to the side and lifting it calm as you please into the open net for what would prove the game-winner. It made him 3-for-5 in trick shots in his year-plus with the Caps.

There was Jason Chimera with a pair of goals, including the one that sent the game to overtime. It was his first multi-goal game as a Cap and his first one since October 31, 2007, when he was skating for the Columbus Blue Jackets.

Those were the character actors. Then there were the leading men. Not an award-winning performance.

Alex Ovechkin skated almost 22 minutes, had ten shot attempts (three on goal), two hits, and a minus-two, as he was on the ice for two of the Tampa Bay goals.

Nicklas Backstrom had four shots on goal in almost 20 minutes, lost eight of 14 draws, took a pair of second period penalties and was on for two goals against, himself.

Mike Green played 24 minutes without recording a point and was on ice for Tampa Bay’s first three goals.

Alexander Semin had the game-clinching goal in the Gimmick, but his taking a hooking penalty in the offensive zone in the overtime negated a power play, and he couldn’t click on any of the five shots he had on goal; he was on ice for three goals against.

You see a post-lockout pattern here?

But Vokoun manned-up, stopped everything he had to when the Caps crawled back into a tie, and at least gave them a chance for the second standings point. And one might wonder what Tampa Bay coach Guy Boucher was doing giving Nate Thompson a go at it in the Gimmick (he had not take a shootout attempt in either of his two seasons in Tampa Bay), but Dominic Moore was 3-for-6 last season. He wasn’t a stiff, but was stiffed by Vokoun.

In the end, the best spin you could put on this game is that the reason for the deals the Caps made last spring and summer were on full display. In last spring’s sweep at the hands of Tampa Bay, the Caps had their top guys stopped, and they got no contributions from down the roster. Last night, the big guys were quiet, but there were Troy Brouwer and Dennis Wideman getting goals. There were Jeff Halpern and Joel Ward getting assists. And that made Jason Gretz- uh, Chimera getting a pair of goals that much sweeter.

On the other hand, that’s eight goals allowed in two games on 59 shots, a .864 save percentage. That’s not going to do. It is only two games into the season, and one is always tempted to say, “it’s not how, it’s how many.” The thing is, though, if you pay attention to the “how,” the “how many” usually ends up being a bigger number in the end.
Posted by The Peerless at 6:30 AM 2 comments: