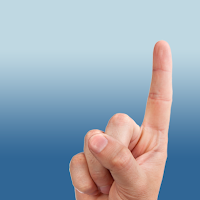 The Washington Capitals hosted Lightning on Wednesday night in the second game of their season series, looking to even the series at a game apiece. It was a wild one, arguably the best regular game in the NHL this season, but in the end the Lightning eked out a 5-4 overtime win.

The Capitals broke on top in the eighth minute of the period off a Tampa Bay turnover.  Alex Killorn made the mistake of trying to make a spin-o-rama pass at his own blue line and managed only to put the puck on the stick of Carl HJagelin.  From the blue line, Hagelin slid the puck up to Lars Eller, who broke in alone on goalie Andrei Vasilevsky and snapped a shot over Vasilevskiy’s glove to make it a 1-0 game 7:32 into the period.

Despite having two power plays in the period, the Caps could not increase their advantage and went to the first intermission up a goal on the visitors.

-- Evgeny Kuznetsov had the only shot on goal over two power plays in the first period for the Caps.

Tampa Bay took just over a minute to even the score in the second period.  On a power play that carried over from the first period, Steven Stamkos found Nikita Kuchderov, who used defenseman John Carlson as a screen and snapped a shot from the right wing circle low and past the right pad of goalie Braden Holtby to make it 1-1, 1:19 into the period.

Less than a minute after that, Tampa Bay was awarded another power play, and they made it 2-for-2 just four seconds into that man advantage.  Off a faceoff win in the offensive end, Steven Stamkos circled into the slot and snapped a shot past the left pad of Holtby at the 2:12 mark to give the Bolts the lead.

Four minutes later, it was 3-1. Off a scramble in front, Anthony Cirelli spun in the right wing circle and wristed a shot at the net that hit John Carlson’s skate and was redirected into the net at the 6:45 mark.

The Caps narrowed the gap to a goal when Lars Eller hustled at the blue line to keep the puck in the offensive end, circled through the left wing faceoff circle, and sent the puck across the slot. The pass was muffled by Alex Killorn, but not enough, as the puck made its way to Carl Hagelin.  From the edge of the right wing circle, Hagelin flipped a shot over the lunging Vasilevskiy to make it 3-2, 10:30 into the period.

The Caps tied it on a hard work effort from T.J. Oshie.  On a power play, John Carlson laid off the puck to Alex Ovechkin in the left wing circle.  Instead of shooting, Ovechkin fed the puck to Oshie in the low slot.  Oshie’s first attempt was thwarted by Vasilevskiy, but he jumped on the rebound and flipped it over the sprawled goaltender to tie the game 13:40 into the period.

The tie lasted less than two minutes.  With Dmitry Orlov off on a slashing penalty, Kucherov got his second of the game, converting a cross ice pass from Stamkos to give Tampa Bay the lead once more, 15:01 into the period.

It would be the end of the scoring in the second period, but not the end of the excitement as the teams paired off for some mutual aggression late in the period.  Michal Kempny and Cedric Paquette got into it, and Kempny appeared to injure his leg in the process.  He had to be helped off and down the tunnel to the locker room.  Jakub Vrana and Yanni Gourde also made their displeasure with each other known.

-- Washington had more shots on goal (37) than Tampa Bay had attempts (31) through two periods.  The Caps had 53 shot attempts.

-- The Caps had a 24-9 edge in credited hits through two periods.

-- Evgeny Kuznetsov led the team with six shots on goal through 40 minutes.

The Caps were frustrated at every turn, peppering Vasilevskiy with shots, but unable to solve him.  But then, in the last minute, a John Carlson drive was turned aside by Vasilevskiy and into the left wing corner.  Nicklas Backstrom dug it out and sent it around the end wall to Evgeny Kuznetsov along the right wing wall.  Kuznetsov gathered the puck, stepped up, and snapped a shot through the pads of Vasilievskiy to tie the game with 52.6 seconds left.  The Caps earned a standings point.

The Lightning ended things on a sour note for the Caps when Victor Hedman skated down the left side, backed the defense off, cut to the middle, and as Dmitry Orlov went to the ice, stuffed the puck past Holtby’s left pad for the game-winner.  Bolts, 5-4.

-- Evgeny Kuznetsov’s last-minute goal was his 20th of the season and 100th as a Capital.

-- The Caps finished with 58 shots, a new team record.  The Caps are now 6-6-4, with one tie in the 17 games in franchise history in which they recorded 50 or more shots on goal.  They have lost the last six such games, the last four of them in extra time.

-- Washington had 86 shot attempts.  The fourth line of Nic Dowd, Chandler Stephenson, and Andre Burakovsky had one of them (Burakovsky had a shot blocked).

-- Jakub Vrana had his first NHL regular season fight when he squared off with Yanni Gourde in the second period.

It was an odd game.  Exciting, thrilling, but odd.  While folks might look upon this contest and think, “wow, imagine these teams in the playoffs,” one is not likely to see nine power plays in a postseason game or 15 penalties called, as was the case in this game.  Nine goals were scored in this game, but only three of them came at 5-on-5, the Caps holding a 2-1 advantage.  That would seem to be closer to the sort of game one would see between these teams in the postseason, but this one sure was a wild ride.