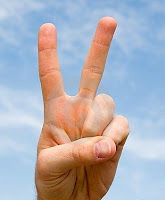 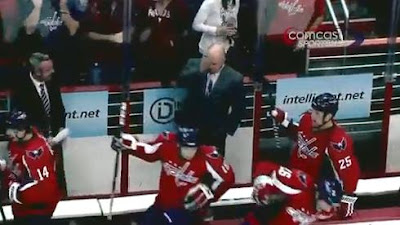 Posted by The Peerless at 11:16 PM No comments: 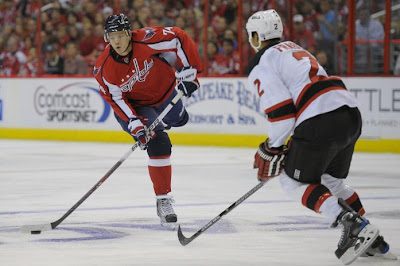 
“I was screened a bit, but it was far out. I should have had a better look at it. I just kind of lost it a sea of red there (almost all of the fans wear red shirts at Caps’ home games). I was talking to (Johan Hedberg) that any time they shot the puck high it was a big adventure out there because we’re not used to playing in a building like that."

The Adventure in Red
Posted by The Peerless at 6:58 AM 1 comment:

The Peerless Prognosticator is ON THE AIR!!! -- Caps vs. Senators, October 11th

The Peerless Prognosticator is ON THE AIR!!!
The Caps righted the ship for the moment in the form of a 7-2 thrashing of the New Jersey Devils on Saturday (would ‘twere that they had thrashed the Thrashers in their opener on Friday).  And now they get the Ottawa Senators in the first battle of nation’s capitals this season.  It will be a chance for the Caps to build on the success of Saturday’s contest in which they tied a franchise best for goals scored in a home opener.  Hopefully, the Caps can build on that success without the extracurriculars of the sort that provided the Devils’ Pierre-Luc Leblond an unpaid vacation that…
“Makes him the worst…person…in the wor-r-r-r-r-r-r-rld!”
Guess I should have seen this coming.  Living in Washington, a game pitting the representatives of the nation’s capitals against one another, political cities both… we get talk show host Heath Golbermann.  And where there is a Golbermann, there is a…
“sniff sniff…sob sob…”
Benn Gleck.  Why the tears, Benn?
“That game Saturday was just…a beautiful thing to… watch
Absolutely.  Well guys, the Caps are taking on the Senators, and… oh God, he’s got his blackboard…
“Did you know that ‘Sidney Crosby’ is an acronym for ‘icy nerdy boss,’ which pretty much describes him.”

No, I didn’t know that.
“And he’s worst…person…in the wor-r-r-r-r-r-r-rld!”
“And if you just twist these words around just a little bit, you get ‘icy nerdy sobs,’ which is what he DOES on the ice… coincidence?”

“What do you expect for the worst…person…in the wor-r-r-r-r-r-r-rld?!”
"And here is the heart of the conspiracy, proof of how deep in the bowels of the NHL offices a plan was hatched to place Crosby in Pittsburgh… if you rearrange the letters in ‘Sidney Crosby’ thus… you get ‘scored by yins’… and ‘yins’ as we all know, is Pittsburgh slang for ‘you all.’  He had to go to Pittsburgh as part of Gary Bettman’s grand plan to turn the NHL into a radical Penguinist regime.” 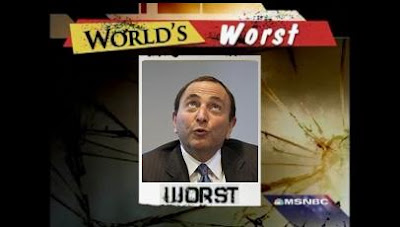 Uh, guys?  I’m sure we can agree on that, but what does that have to do with anything?  Oh, I forgot… that’s sort of what you guys do, but the Caps?  The Senators?
That is the object of the exercise this evening as the Senators visit Verizon Center.  Ottawa will be looking for their first win of the season, having dropped decisions to Buffalo (2-1) and Toronto (5-1).  The Senators hope that moving south will warm up their offense, which has been limited to goals by Chris Kelly and Jason Spezza in 120 minutes of play so far.  It is not altogether surprising given how the Senators finished last season: 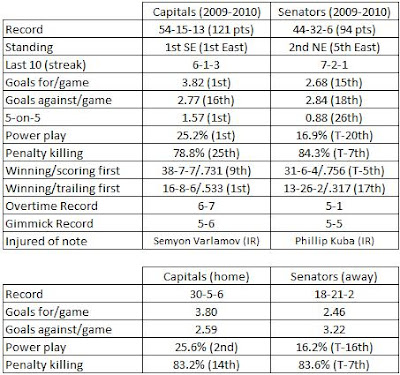