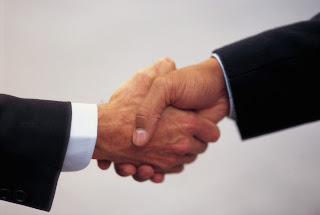 By early this evening, the dust will have settled on Deadline Day 2011, and folks will be asking, “who won?” As in, “who improved themselves the most with their trades?” As in, “who got the best player?”

Well, they might be the wrong questions to ask, if winning the Stanley Cup is the object of the exercise. Much ink and many pixels will be devoted to Brad Richards and where he might land, he being the “prize” of this year’s potential players moving in trade. But for teams that could go on to win a Stanley Cup, winning this day might not matter.

Let’s look at the Cup winners since the lockout and see what they did:

Seeing any big stars there? No, me neither. Not that they were insignificant pieces. Mark Recchi would record seven goals and 16 points in 25 playoff games in a support/veteran role for the Hurricanes in 2006. Brad Stuart would be the rare defenseman obtained in a deadline day trade who actually made an impact for his team on their way to a Stanley Cup; he was plus-15 in 21 games for the Wings in their 2008 Cup run. Bill Guerin provided a reliable right wing for Sidney Crosby with seven goals and 15 points, while going plus-8 in the Penguins’ 2009 playoff season.

What is more, these teams did not give up much to get those pieces.  The Kunitz/Tangradi - Whitney deal by Pittsburgh was as much about moving Whitney as it was obtaining the pieces.  For the rest, it was spare parts and picks that were moved out.

These teams filled holes in what amounted to support roles; they did not plug a big piece into their lineup to address a significant deficiency. Teams that win Stanley Cups, at least recently, have already built their teams by this time of year and are tweaking their respective lineups. If a club is counting on that big star to come in and make the big difference – to be the last piece in the chase for the Stanley Cup – well, keep chasing. The deals that don’t get the bright lights shined on them might be the most important of all by the end of the day.

Keep that in mind as you're watching the Caps through the day.
Posted by The Peerless at 6:44 AM 3 comments: