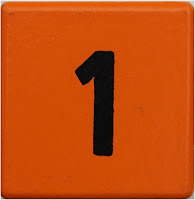 The Washington Capitals squandered a chance to put some distance between themselves and their closest pursuers in the league standings on Thursday night, leaving a standings point on the table in a 2-1 overtime loss to the Nashville Predators at Verizon Center.

The Caps did get the early lead in this one mid-way through the first period.  Lars Eller hounded Kevin Fiala off the puck in theNashville end, and Jakub Vrana picked it up in the right wing faceoff circle and fed Brett Connolly backing through the low slot.  Connolly’s one-timer beat goalie Pekka Rinne, and the Caps had a 1—0 lead 11:41 into the period.

That would be all the scoring until the late stages of the second period when the Predators tied the game.  James Neal and Fiala played give-and-go in the neutral zone, and Fiala returned the puck to Neal just as the pair was crossing the blue line into the Capitals’ end.  Neal, using Dmitry Orlov as a high screen, wristed a puck that Braden Holtby misplayed, whiffing on a glove save attempt, and the Predators tied the game at the 18:56 mark of the second period.

The teams played a scoreless third period, leaving the matter for extra time.  In the five minute overtime, Viktor Arvidsson took a Ryan Johansen pass at the red line and circled into the Caps’ zone on a 2-on-1 with P.K. Subban. Arvidsson showed pass, then wristed a shot past Holtby’s gove and just inside the far post at the 1:05 mark to give the Predators a 2-1 win.

-- Frankly, the Caps looked bored for most of this game.  They had the look of a team playing a weeknight game late in a regular season.  It was not a good look.

-- Second periods continue to flummox the Caps.  It is not that the Caps have allowed a lot of goals in the middle frame (only five teams have allowed fewer goals), but they have allowed so many (61) relative to what they allow in the opening period (none tonight, 31 for the season).

-- Tom Wilson had seven penalty minutes, putting him over 100 minutes (106) for the fourth time in his four-season career.

-- Jakub Vrana’s assist on Brett Connolly’s goal was his first assist since December 13th, a span of 13 games without one.

-- Vrana did not have a shot attempt in the game, one of three Caps who did not have one.  Brooks Orpik and Dmitry Orlov were the others.

-- Brett Connolly had an odd game.  He had the Caps’ only goal on his only shot attempt of the game, and he skated just 8:25, fewest minutes on the team.

-- Washington held Nashville to 24 shots for the game and saw their record in games in which they hold an opponent to fewer than 25 shots fall to 17-5-2.

-- Braden Holtby should have had his ninth shutout.  The Neal goal was a save he makes 99 times out of 100.  As it was, it was the 24th time this season that he held an opponent to one or fewer goals in regulation time.  It was his first loss in the five-minute overtime this season.

The Caps cannot be happy with this one.  They looked to be playing at about 85 percent for most of the evening with too many passes, too little urgency or pressure in the offensive zone, and a predictable ineffective result on the score sheet.  These things happen, but you expect them to happen more in December or January than you do in March, when teams are starting to focus on the postseason run and getting things in order.  The top line of Nicklas Backstrom, Alex Ovechkin, and T.J. Oshie got off to a particularly slow start and never seemed to be a factor, although they did account for eight of the team’s 23 shots on goal.  It was not the sort of game one might have expected of a team that might have been looking to get some revenge for dropping one of their worst games of the season last month in Nashville.  There needs to be some attitude adjustment before the Caps take the ice in Tampa on Saturday night against the Lightning, or they can expect a similar fate.
Posted by The Peerless at 10:29 PM No comments: