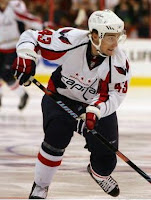 The Capitals are reporting that they have signed forward Tomas Fleischmann to a two-year deal (terms not disclosed).

Fleischmann -- in his first full season with the club -- is 6-15-21, -4, in 53 games. He came to camp in September without a contract and played himself into a one-year deal and onto the top line for opening night. He was a bit overwhelmed in that role and bounced among the lines for a time. He has been seeing more time on the second line with Alexander Semin and the center of the week.

This is an interesting move for the club. Fleischmann has seen modest improvement over his first two abbreviated seasons with the club (a total of 43 games, 4-6-10, -13, coming into this season). His play of late has improved, and if anything he's been a bit snakebit in terms of recording goals.

What makes this interesting is that Eric Fehr -- who might be expected to compete for a top-six spot himself -- is a restricted free agent at the end of this season. And, there is Chris Clark (he of the 30 goals last season on Ovechkin's line and who is signed through 2010-11) who can fill that top-six role, too. It makes for the kind of competitive decisions that coaches (and GM's) would rather have.
Posted by The Peerless at 11:34 AM 2 comments:

...what it is ain't exactly clear.

OK, those are the first two lines of "For What It's Worth," by Buffalo Springfield, and like the last two lines, we ought to be thinking, "Stop, children, what's that sound? Everybody look what's going down."

What's going "down" is what's going up...attendance, that is. If you look at the Caps' 29 home dates so far, the graph looks like this... 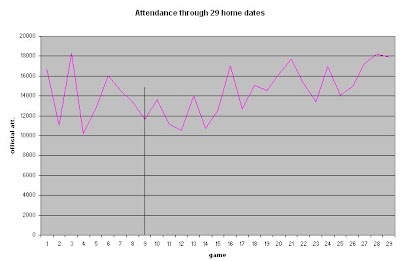 We've marked Game 9 -- the 5-1 loss to Atlanta on the day before Thanksgiving -- as perhaps the low point of the season for the club on the ice.

Since that gruesome loss, the Caps are 21-11-4, and their fortunes at home mirror the rise in the standings. The trend in that graph is unmistakably upward. Look at the five game averages over the course of the season:

There is that 11,803 in the third group of five games, corresponding to the five games played at Verizon Center from November 26th through December 12th. However, that might be explained by frustration over the season as it had unfolded to that date and the holiday shopping season getting underway. Whatever, since then, the Caps have seen attendance rise substantially and dramatically.

What it means is that maybe Verizon Center is going to be the place to be for the next few months for things other than concerts and Georgetown University men's basketball games...
Posted by The Peerless at 8:56 AM 3 comments:

The Peerless Prognosticator is ON THE AIR!!! -- Caps vs. Thrashers, February 13th

On the road again…that’s where the Caps find themselves tonight as they visit Philips Arena and the Atlanta Thrashers in one of what will be always a series of critical games against a Southeast Division foe.After this contest, this trip will continue with a special treat for the boys, as Tarik El-Bashir reports in this morning’s Washington Post:

"The Capitals open a critical Southeast Division swing tonight in , then will be joined by 16 fathers -- and one father-in-law -- for this weekend's games in , , and ." 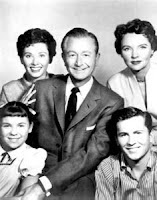 First, we have Jim Anderson of . Jim, you have three children, correct?

“I have three wonderful kids…two daughters – Kathy and Betty – and of course, my son, Jim junior.”

That’ would be Bud…Jim, what are the biggest problems you have to deal with in raising three children?

“Oh, that’s easy…always having to know what’s best. Every night, I come home from work, take off my sport jacket, put on my comfortable sweater, and want to just kick back with a martini… But no, I have to deal with the everyday problems of a growing family. And I have to always be this thoughtful, responsible adult who deals with every crisis with a warm smile and some sensible advice. I envy today’s Dads, who are pretty much big, goofy doofusses who couldn’t spell ‘Dad’ if your drew it on a blackboard for them.” 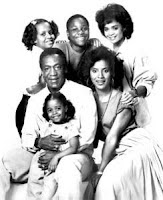 It sounds like a lot of pressure, but Cliff Huxtable, you think it’s all worth it, don’t you? 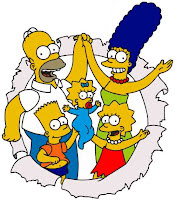 Last, we have Homer Simpson, and you’re also from , aren't you?“Uh-huh…”

You have three children at home, right?“Uh-huh…”You’re always having to deal with daily problems with Bart, Lisa, and Maggie, aren’t you?“Who?...”

Your three children…Bart, Lisa, and Maggie…

“I thought there were doughnuts…”

Well, we’re out of doughnuts, but we do have a game tonight, and the Caps find themselves looking up once more at the Carolina Hurricanes as the boys skate against the Thrashers. beat last night, 3-2…fortunately, it was not a three-point game.But as for the Thrashers, they are a team of streaks lately. Since alternating wins and losses over a six game stretch from December 27th to January 6th, they’ve had these streaks:

They won their last outing – a 2-1 overtime win against – but their 6-6-3 record over the last 15 games is the very definition of “treading water.” The particulars over those 15 games:

has suffered a lack of offense. In the past 15 games, they have scored more than two goals just three times (all in wins). And, they’ve struggled mightily even in getting shots to the net. In the ramped-up NHL, they’ve managed to average only 24.9 shots a game (if that was a full-season figure, it would be last by almost a full shot per game) and have registered fewer than 20 shots three times.

For a team with offensive firepower of the likes of Ilya Kovalchuk and Marian Hossa, with a Mark Recchi, Todd White, and Slava Kozlov thrown in, the sustained lack of offense is unsettling…one worries that they are just on the cusp of breaking out. As for Kovalchuk and Hossa, their numbers look very ordinary over the last 15 games:

However, these are players who seem to save some of their best for the Caps over their respective careers:

As dormant as they have been, Caps fans will hope the trend continues, which means the burden falls to Kari Lehtonen to keep pucks out of the net. He’s done his part. In 12 games in this stretch, Lehtonen has an unremarkable win-loss record of 5-4-2, but his GAA is 2.14, and his save percentage is .936 – both fine numbers. He also has a shutout in the mix, that accomplished against on February 2nd. After a rocky start, he’s been consistently solid over the last five weeks. And, Lehtonen has a fine career mark against the Caps – 7-3-2, 2.63, .915 in 12 career games. He is 1-2-0 this year.

Coach Bruce Boudreau puts it succinctly… "We're playing everybody that we have to beat." That’s it in a nutshell as the Caps head off on a road trip in February that has meaning. And in the game of leap-frog that the Caps and Carolina Hurricanes are playing lately, the Caps will jump the ‘Canes once more…