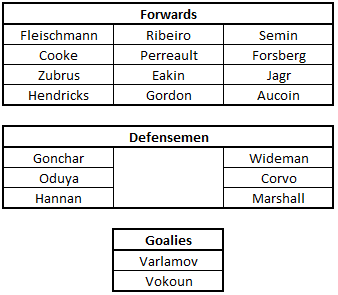 Sittin' at the end of the bar... Shutdown Edition 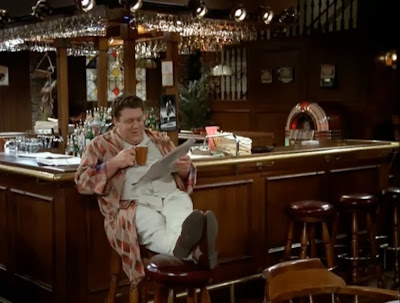 Nothing better on a another shutdown morning than curling up with a cup o' bee... uh, cup o' joe and the NHL news.  Well, lookee here...

-- No Capital defenseman is “plus” through three games.  Only John Carlson is “even.”

-- John Carlson is “even.”  Why?  Because despite only being on ice for one goal against in more than 61 minutes of even strength ice time, the Caps have scored only one even strength goal.

-- Did you have Marcus Johansson tied for second in the league in assists?  Twice as many as Sidney Crosby!

-- Only 26 out of 386 forwards have fewer shots on goal than Marcus Johansson.  Fewer than Spencer Abbott!  Fewer than Zac Rinaldo!!  As many as… Michael Latta!!!

-- So far, defensemen have one even strength assist for the Caps, and that belongs to, drum roll, please… Karl Alzner!!!

-- So far, defensemen for the Caps have one even strength goal, and that belongs to, drum ro… ah, #@$% it… Connor Carrick!!!  Who happens to be tied for the league lead in goals among rookie defensemen.

-- Last season, Mike Green finished tied for 85th among defensemen in blocked shots.  So far this season…tied for fifth.

-- Last season, Mike Green had 14 takeaways in 35 games.  He already has four in three games so far.

-- Only three goaltenders having faced at least 30 even strength shots have a save percentage worse than Braden Holtby.  Two of them are Roberto Luongo and Martin Brodeur.

-- Filip Forsberg has played in one game, taken one shot, and scored one goal for the Nashville Predators; Mathieu Perreault has two goals on six shots and is tied for the team lead in points for the Anaheim Ducks.

All of what you’ve just read just means it’s early.