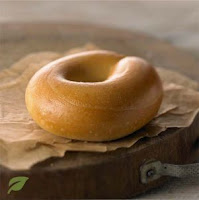 The Washington Capitals set forth on the unofficial stretch run – the schedule following trading deadline day – when they visited the Columbus Blue Jackets on Monday night.  It did not go well.  Like too many games lately, the Caps got behind early and often, gave up too many dangerous scoring chances, pulled their goalie, and went quietly, this time in a 5-1 loss to the Blue Jackets.

The teams traded goals in quick fashion early in the period, starting with Artemi Panarin converting a behind the back feed from Seth Jones from the left wing circle to give Columbus a power play goal at the 5:31 mark on a goal that goalie Braden Holtby seemed not to find off Panarin’s stick.

Washington tied the game less than 90 seconds later on their own power play goal, Alex Ovechkin one-timing a pass from John Carlson past goalie Sergei Bobrovsky’s blocker on the short side 6:57 into the period.

Columbus restored their lead less than a minute after the Ovechkin goal when Sonny Milano fought off defenseman Dmitry Orlov between the hash marks in front of Holtby to spin and fire a backhand shot into the back of the net at the 7:53 mark.

The Blue Jackets made it 3-1 when Mark Letestu converted a feed from behind the Caps’ net by Matt Calvert – a pass Nicklas Backstrom got just enough of to put it right on Letestu’s stick – at 14:32 of the period.

Columbus added a late goal on a Seth Jones blast from long distance that somehow eluded the population of Akron on its way through to beating Holtby on the glove side at 18:17.

Washington started the period with an opportunity, courtesy of a galactically stupid cross-checking match penalty assessed to Matt Calvert at the horn ending the first period when he clocked Alex Ovechkin in the face.  They did it with Philipp Grubauer relieving Braden Holtby in goal to start the period.  Alas, the Caps could do nothing with the opportunity of a full three-minute power play (not five owing to Tom Wilson taking a penalty in the same end-of-period scrum).  And with that, the teams skated with considerable urgency back and forth, but no net twine was rustled, and the teams went the second intermission as then returned from the first, Columbus up, 4-1.

-- Alex Ovechkin had eight of the Caps’ 26 shots on goal for the evening and 12 of the team’s 43 shot attempts.

-- Another game, another 35 or more shots allowed.  Columbus had 35 shots on goal last night, and that makes 23 such games for the Caps this season, tied with Chicago for seventh-most in the league.

-- On the other side, the Caps had 26 shots on goal.  That makes 39 games this season in which they recorded fewer than 30 shots, most in the league.

-- Eight Capitals did not record a shot on goal; four did not have a shot attempt (Matt Niskanen, Brett Connolly, Chandler Stephenson, and Brooks Orpik).

-- This was the tenth game this season in which the Caps allowed two or more power play goals (Columbus was 2-for-4).  The Caps are 3-7-0 in those games.

-- The loss was only the sixth this season in regulation in which the Caps recorded a power play goal of their own (21-6-3).

-- Opportunities with the man advantage seem to matter more.  The Caps had three chances, their record falling to 20-17-5 when getting three or fewer power play chances.

The last line in the Grinch theme song goes, “The three words that best describe you are as follows, and I quote, ‘Stink, stank, stunk’!”  The Caps played rather “grinchly” last night, looking thoroughly unprepared to play the game, giving up far too many juicy chances in front of Braden Holtby, who certainly did not acquit himself well, either, and then pretty much went through the motions over the last 40 minutes.  It is tempting to say, “Give Phillipp a Chance” with respect to the number one goaltender spot, but the Blue Jackets took their foot off the pedal as the game wore on, and he was not so severely challenged as Holtby.

Like the rest of the team at the moment, the goaltending is a mess.  But the defense, the shots allowed, the scoring balance, the consistency of effort from night to night, the optics that suggest the questions, “what is this team trying to do out there?” All of that is part of a mess, too.  And the Caps do not have many games left to sort it out.