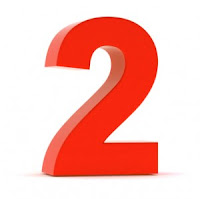 The “Young Guns” of whom our deranged cousin wrote yesterday were the difference in the Washington Capitals’ 4-1 victory over the Nashville Predators last night at Verizon Center. All three active “Guns” – Alex Ovechkin, Alecxander Semin, and Nicklas Backstrom – recorded goals for the winners. Troy Brouwer added one for good measure on a third period power play.

Ovechkin got the Caps off to a good start in the eighth minute when he took a feed from Brooks Laich at the Nashville blue line. The pass caught Preds defenseman Jonathan Blum flat-footed, and Ovechkin had the only edge he would need. He darted around Blum, and despite Blum’s attempts to upset Ovechkin’s stride with whacks to his arms, the Caps’ winger circled in on goalie Andres Lindback and tucked the puck under his left pad.

Backstrom made it 2-0 in the first and two-for-two in leaving a Predator defenseman flat-footed. Roman Hamrlik’s drive from the left point went wide left, but the puck came off the end boards to Backstrom. The Caps center got position and fought past Jerred Smithson behind the Nashville net, circled out to Lindback’s left and curled the puck inside the post for the score.

After a scoreless second period, Sergei Kostitsyn got one back for Nashville when the Caps lost the puck at the Nashville blue line. Kostitsyn pick it up with speed and cruised through the neutral zone. Using Caps defenseman Dmitry Orlov as a screen, he wristed the puck past goalie Michal Neuvirth to halve the lead.

Alexander Semin restored the two-goal lead six minutes later and made the Young Guns three-for-three. It started with Nicklas Backstrom feeding Marcus Johansson down the left side from his own blue line. Johansson took the puck in stride and pushed it into the Predators’ zone. Criss-crossing with Semin, Johansson dropped the puck just above the left wing circle. Semin curled into the circle and wrong-footed a wrist shot high off the far post and in to make it 3-1.

Troy Brouwer closed out the scoring three minutes later on a power play. Dennis Wideman took a feed high in the Nashville zone from Marcus Johansson and let fly with a slap shot as Brouwer and Backstrom were seting screens in front. It was Brouwer’s stick that the puck hit on the way through, and it was enough to elude Lindback for the fourth and final goal of the night for the Caps.

-- Don’t look now, but that makes consecutive games in which Alexander Semin has recorded a goal. It is the first time this season he has done so and the first time since March 26, 29 last season.

-- The line changes had an odd effect late in the game. Splitting up Ovechkin, Backstrom, and Semin forced the Predators to make a choice on which of the two scoring lines to deploy defenseman Shea Weber against. He was out most often against the JSB line. It was that line that was on the ice when Craig Smith took a holding penalty at 13:16 of the third period. That meant that Weber sat when the Caps started the ensuing power play. He was not on the ice when Brouwer and Backstrom were crossing sticks in front of the goalie on Wideman’s drive that resulted in the Caps’ fourth goal.

-- This was the first win by the Caps by three or more goals since they beat Carolina, 5-1, on November 4th. It was their first such win at home since the Caps beat Detroit, 7-1, on October 22nd.

-- No Cap finished on the minus-side of the ledger in this game. Ten Caps were plus-1; the other eight skaters were even.

-- You probably would not be surprised that Nashville had a difficult night offensively when you learn that Jordin Tootoo led the Predators in shots on goal (five). No other Predator had more than two.

-- It was a really nice night for Mike Knuble…until the puck dropped. Knuble skated in his 1,000th NHL game and finished the night with his lowest amount of ice time for the season (10:07). It was his lowest amount of ice time as a Capital in a game in which he was not injured. But we have a feeling that before all this is over, Knuble is going to be making key contributions.

-- Giving up five power plays might not have been a good thing for the Caps, but allowing only three shots on goal in the ten shorthanded minutes did not hurt them.

-- Jeff Schultz made a triumphant return to the ice and skated…six minutes. He had only two shifts in each of the second and third periods.

In the end, it was the rare sort of dominating performance the Caps have lacked for two months. Even when the Predators got a goal to halve the lead, the objective fan had to be thinking “they won’t get another.” Caps fans being Caps fans, they probably thought Nashville would replay the first game, get a bunch of late goals, and leave the Caps gasping at the end.

That it was the Young Guns doing the damage was a welcome sight. They cannot do it very night, but they have to be doing it on at least a semi-regular basis for this team to be successful. Nicklas Backstrom gave evidence again why he might be a “thinking-man’s” type of player. A backhand pass over 50 feet hitting a teammate in stride to start a breakout that led to a goal? A lot of players might be able to move the puck up ice like that; there are mighty few who would have made that pass on a teammate’s tape. And his ability to ward off Jerred Smithson with one arm while maintaining control of the puck around the Nashville net before scoring himself was another example of his ability to play keep-away with the puck.

With one win so far this week the Caps are in a position to have a nice holiday week. This win left them two points behind the team they face next – the New Jersey Devils – for sixth place, and the Caps have a game in hand. If they play like this, they can make things hard for the Devils or anyone else.
Posted by The Peerless at 6:41 AM 1 comment: