"His will was stronger than the enemy in his head" 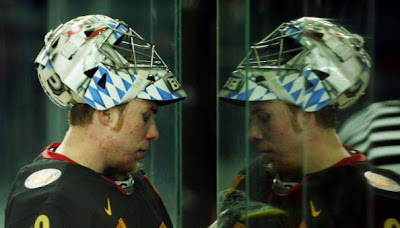 Photo: Vladimir Rys/Bongarts/Getty Images
Robert Müller lost his long battle with cancer, yesterday. A 2001 draft pick of the Capitals, Müller was diagnosed with a brain tumor in late 2006, yet still managed to play the entire 2007-2008 season as a goaltender in the Deutsche Eishockey Liga.

Here is a short on his return to the ice from last November. 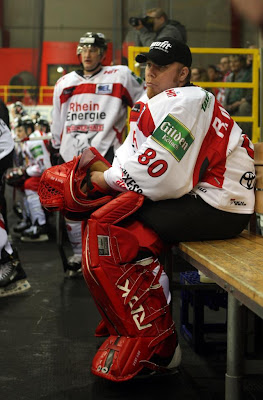 Photo: Getty Images
Posted by The Peerless at 11:35 AM 1 comment: