"Dancing with the Stars" Meets "What Not to Wear"

OK, we were going to put one of these in the Caps Caption area, but really...they deserve their own place... 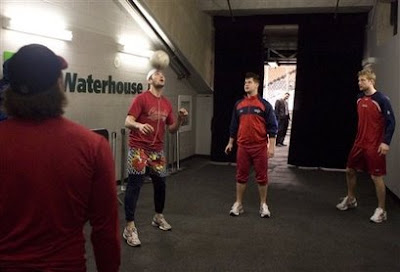 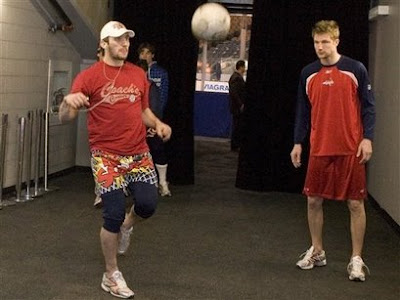 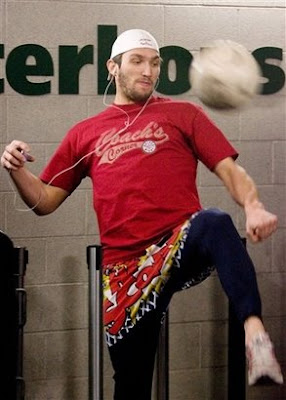 And Alex...nice plug for Don Cherry. Think it'll be on this week's 'Coach's Corner?"
Posted by The Peerless at 7:01 AM 1 comment: 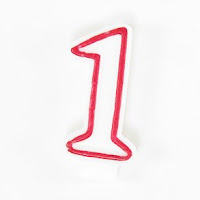 That is the sound of spinning wheels, which seems to be what the Caps are doing these days after they absorbed a 3-2 Gimmick loss to the Toronto Maple Leafs at Air Canada Centre last night. Since February 1st, it’s been an odd waltz of wins and losses for the Caps…

…and then last night’s loss giving the Caps a 14-8-3 record since February 1st. Last night had elements of the good, bad, and ugly…

The good… The Caps fought back from deficits twice to tie the game.

The bad… They made Martin Gerber look like Martin Brodeur…again.

The ugly… They let a 41 year old goalie who had played two games in a month come in cold off the bench after sitting for 59 minutes and look like Patrick Roy in a playoff.

The good… Alex Ovechkin got a goal, the other young guns (Semin, Green, Backstrom) all had assists.

The bad… Mike Green had ten shots on goal, and none of them found the back of the net.

The ugly… Tomas Fleischmann (we hate to pile on here) had not only just one shot on goal, but only one attempted shot on goal in 13 minutes and was on the ice for both Toronto goals.

The bad… Theodore looked like he had Jeff Hamilton figured out in the evening gown competition, but somehow left enough of a hole for the puck to slither through.

The ugly… Alex Ovechkin doesn’t seem to be hard to figure out on the shootout. Forehand. Curtis Joseph set him up beautifully, showing him the hole on the forehand side and taking it away as Ovechkin committed to going that way.
*****

The good… Brooks Laich sticking his nose in there at the end to shove the puck (ok, Martin Gerber and the puck) over the line to get the Caps a standings point.

The bad… Not enough of that kind of thing the first 59 minutes.

The ugly… 76 attempted shots…two goals. In 12 games this month, the Caps have scored more than two goals only four times and are averaging 2.33 a game.

The bad… They didn’t do anything with the advantage winning 34 of 59 draws gave them.

The ugly… The Caps didn’t muster enough effort to win possession battles of the sort they had to win. Toronto took away the middle of the ice, forcing the Caps to move the puck up the sides and fight battles along the boards and in the corners. They just didn’t win enough of those battles to spring themselves free and get the puck to the net, despite the 45 shots on goal.

The good… the Caps finished the five-game road trip 2-2-1. If you believe in the strategy of “break even on the road, win at home,” then the Caps did the minimally acceptable. They broke even.

The bad… they lost two games to teams – Atlanta and Toronto – they should have buried.

The ugly… the way they lost those games…ho-hum.

The good… March is almost over.

The bad… the attitude the team seems to have, which suggests they’re just biding their time until the playoffs.

The ugly… the mood of the fans this morning.

Ron Wilson hasn’t won almost 550 games as a head coach in the NHL because he’s an idiot. Toronto can’t match the Capitals’ skill level, even if the Caps are running a temperature the past few days. So, the Leafs played things simple. Clog the middle, force the Caps outside, make the Caps work for those last 50 feet of ice to get shots on goal. Toronto can – and did – compete on that basis. The Caps didn’t have an answer for it, and that’s disturbing.

It’s disturbing, because the playoffs aren’t the Autobahn, where they can wind up their Ferrari’s and their Lamborghini’s to 130 and skate up and down the ice. It’ll look a lot like what they saw last night…a rutted, potholed trail where they have to work their pickup truck over and across rocky terrain and take advantage of what opportunities they find.

They’d better get used to what they saw last night. It’s a long trail ahead, and they can’t afford to be spinning those wheels much longer.
Posted by The Peerless at 6:42 AM 3 comments: