Day 3 of Development Camp 2015 for prospects of the Washington Capitals was sort of like the third quarter of the academic year.  On Day 1, the prospects were put through what amounted to a brief master class in skating with very little work with pucks in the morning, followed by some afternoon work with lines and pairs.  Day 2 was a day to test skaters on their current skills status in a variety of skating courses, and then give forward lines and pairs some more time together.

Day 3 was more of a conventional day of drills that looked more like a “training camp” setting.  Not that the day lacked for instruction – often on a one-on-one basis.  But the pace was crisp in going from one drill to the next, emphasizing skating passing, corner work, and making the goaltenders work for their supper.

This is where one starts to see who has been through this before – who has experience here and elsewhere – and who is still sort of feeling their way, taking it all in.  There is a certain confidence that seemed to surround guys like Jakub Vrana, Chandler Stephenson, and Madison Bowey. That’s not to say that some of the free agent invitees are without a chance of moving up the ladder, but this might be their first experience with a camp at this level, even if it does not feature parent or farm team roster players.

And now, some pictures… 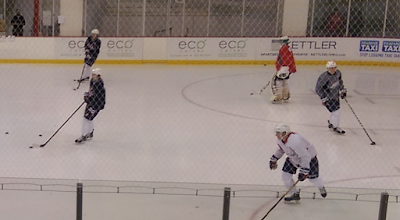 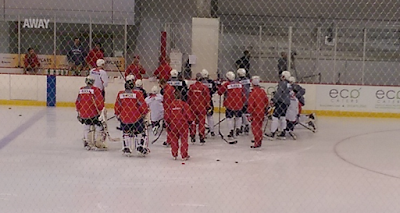 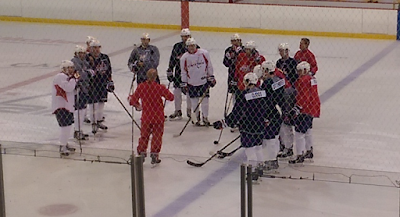 It's "put your RIGHT foot in, and shake it all about!" 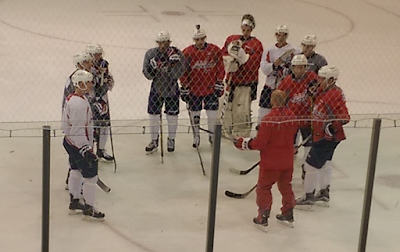 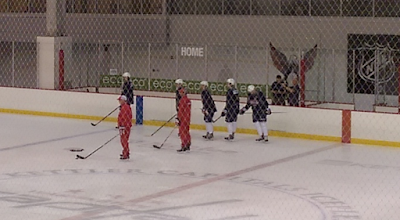 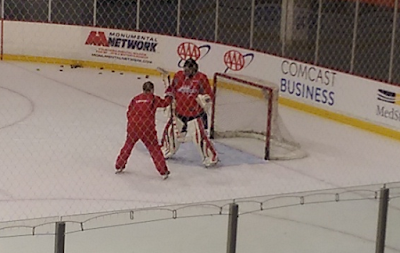 Two goalies go into a bar...

There will be a test on this at the end of the hour... 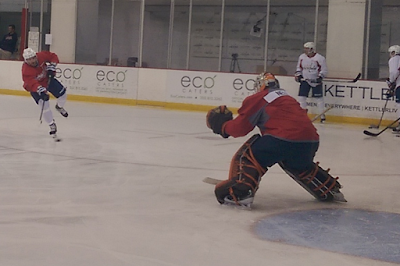 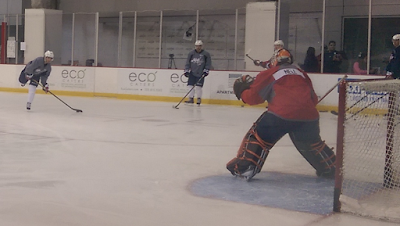 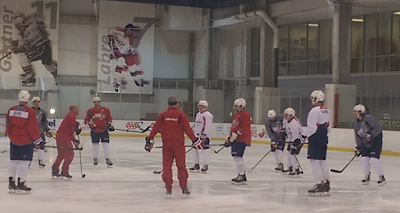 You guys getting this? 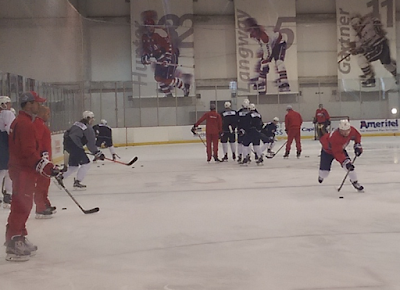 Those guys in the back were pretty good... 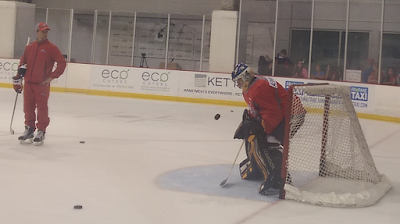 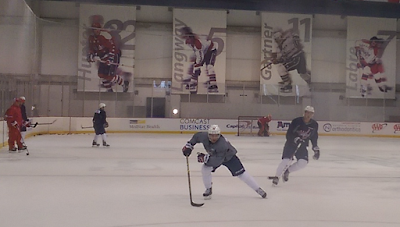 They're getting the hang of this. 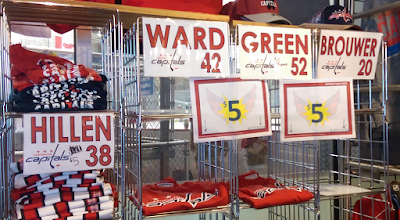