The Peerless Prognosticator is ON THE AIR!!! -- Caps vs. Devils, The Home Opener

The Peerless Prognosticator is ON THE AIR!!!
It is Opening Night, the 36th in Washington Capitals history.  The Caps carry a 19-14-2 record in home openers into this game against the New Jersey Devils.  Some other tidbits about home openers…
Record at Capital Centre: 10-13-1
Record at Verizon Center: 9-1-1
Team most often faced: Philadelphia (six times)
Team most often beaten by Caps: Philadelphia, Carolina (twice each)
Team most often beating the Caps: Philadelphia (four times)
Most goals scored against opponent (game): seven (8-7 loss to NY Islanders, 1983)
Most goals allowed to opponent: eight (8-7 loss to NY Islanders, 1983)
Shutouts versus opponents: two (1-0 vs. Anaheim in 1998; 2-0 vs. Carolina in 2007)
Shutouts by opponents: None, the Caps have never been shutout in a home opener
Overtime decisions: two (8-7 loss to NY Islanders in 1983; 2-2 tie vs. Los Angeles in 1999)
Longest winning streak: eight games (current)
Longest losing streak: three (1984-1986, all losses coming against Philadelphia)
“You swallow the media guide, cuz?”
I kinda knew you guys would show up.  And what are you carrying with you, Fearless?
“Sweaters, cousin.”
Looks like you brought a whole department store.
“Well, Ted told us to.”
And what is that get up you have on, Cheerless?
“You remember them critters stompin’ back o’ my cabin last summer?"
Uh…yeah. 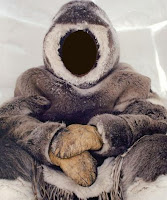 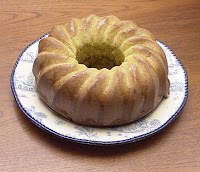 When there is too much “talk,” and not enough “do,” you end up losing games by scores, four-to-two.

There did not seem to be much purposeful play on the part of the Caps last night as they fell to the Atlanta Thrashers in the season opener, 4-2. On the other hand, an undermanned Thrasher team did play with purpose…

“It was awful. You imagine his family across the sea, they are probably following the game and something like that happens. It must be a helpless feeling. It was tough. To be honest, I had trouble focusing when I first got in there. I couldn’t stop thinking about him.”

“It’s something where you step up and play hard. He wouldn’t have quit working if it happened to someone else. We can’t do the same. We felt bad for him. As a team we had to come together and get the victory for him.”

“He” is Ondrej Pavelec, the starting goaltender for the Thrashers of whom teammates Chris Mason and Dustin Byfuglien spoke, who fell unconscious and collapsed to the ice as a faceoff was about to be taken at the other end of the ice 2:25 into the game. The game was held up almost a half hour as medical personnel attended to Pavelec and took him off the ice by stretcher to an ambulance that would transport him to a local hospital. This morning he is reported to be alert and feeling better, for which everyone should be thankful.

As far as the game was concerned, the immediate effect of Pavelec’ absence was that backup goalie Chris Mason was thrust into a difficult situation. Taking the ice with no warm up and just after watching a teammate wheeled off the ice, he could be forgiven if he was not 100 percent focused on the game. Sure enough, less than a minute after play resumed, Brooks Laich tapped in a puck of a great set up from TomasFlesichmann and Alexander Semin to record the first goal of the season (for the second straight year).

It seemed as if the Caps would commence to run away and hide from the home team, but for one thing. Despite the goal the Caps were playing the first period almost entirely in their own end of the ice. It wasn’t as if the Thrashers looked to be applying any conspicuously hard forechecking pressure or that they were applying any particularly deft puck-handling. They were just constantly and consistently a half-second faster to the puck in keeping it in the Caps’ zone that prevented the Caps from mounting any pressure the other way.

Their efforts were rewarded when Tomas Fleischmann sent a ghastly pass fluttering up the middle of the ice that was picked off by Evander Kane at the Caps’ blue line. Kane turned, skated in, used Fleischmann as one of those orange cones the players use for skating drills, stepped around him, and rifled a wrist shot past goalie Michal Neuvirth for the unassisted goal.

Atlanta took the lead for good in the second period when Alex Ovechkin could not clear the puck up the left wing wall and out of the Caps’ zone. Ten seconds later, John Oduya sent a puck to the net from the point that Andrew Ladd tipped past Neuvirth.

Kane added a penalty shot goal five minutes later that was the product of what looked like an iffy call. In a goal-mouth scramble in front of Neuvirth that saw the goalie fall to his back in the crease, Mike Green from one knee appeared to flick the puck out of the blue paint with his glove. Rule 63 states:

“No defending player, except the goalkeeper, will be permitted to fall on the puck, hold the puck, pick up the puck, or gather the puck into the body or hands when the puck is within the goal crease. For infringement of this rule, play shall immediately be stopped and a penalty shot shall be ordered against the offending team, but no other penalty shall be given.”

It did not appear that Green fell onto, held, picked up, or gathered the puck into his body or hands. He used his hand to flick the puck out of harm’s way.

Mike Knuble got the Caps to within one in the third on a play that Caps’ fans have seen before. Mike Green gathered up the puck (legally) in his own zone and sent a long cross ice pass up to Ovechkin steaming up the left side. Ovechkin carried the puck in on a two-on-one with Mike Knuble. He held the puck until Zach Bogosian slid over to block his progress at the top of the left wing circle. Ovechkin fed Knuble, who lifted the puck over Mason for the score.

Atlanta closed things out from there, though, when Nik Antropov outfought David Steckel on a faceoff. The puck squirted to Fredrik Modin, who turned between the circles and wristed the puck past Neuvirth for the final margin.

-- The Caps had 31 shots on goal last night. Not a bad night’s work. They also had 23 shots blocked. Sound familiar?

-- Eric Fehr has no shots blocked last night. Then again, he had no shot attempts, either.

-- Ovechkin had the pretty assist, but that was make-up for his not getting the puck out before Atlanta scored their second goal. He had what was, for him, a noticeable lack of intensity.

-- Fleischmann was 9-for-16 on draws. The Swedes (Marcus Johansson and Nicklas Backstrom) were 7-for-17.

-- It’s early, and that means experimentation. You could see that in the defensive pairings that were on the ice for goals: Poti-Carlson, Poti-Green, Erskine-Alzner. The only defenseman not on the ice for a goal – Jeff Schultz, who logged more than 21 minutes of ice time. Now why is that?

-- One of our players to ponder – Evander Kane – had not registered a point against the Caps in any of the five games he faced them in his rookie season. His two goals last night put him on a pace for 164, which would be a record. But his getting two goals in the fashion he did – a sloppy play by a Cap in his own end, and a penalty shot after the Thrashers were allowed to put more pressure in the Caps end – is less a reflection of his improvement than as an indicator of just how badly the Caps played.

-- Give Chris Mason a ton of credit. He gives up a goal on the first shot he sees (the Caps’ first shot of the season), then stops 29 of the last 30 coming his way. Frankly, he should have won the first star for coming into the game in the most difficult of circumstances and slamming the door.

-- Last night marked the fourth time the Caps have opened the road portion of their season in Atlanta since the lockout. They are 1-3 in those games and have been outscored in them 20-10.

Not a good night for the good guys. They looked slow and unengaged from the start. Hard to say if the circumstances surrounding Ondrej Pavelec had anything to do with their play after Pavelec fell ill, but they didn’t exactly come down the tunnel breathing fire from the start, either. The best you could say is that this is just one of 82, but the one thing that lurks in the minds of Caps fans is the worry that the team will treat the regular season without appropriate seriousness, that the playoffs are a foregone conclusion. You can’t arrive at that conclusion after one game, but if the Caps were to have that attitude, you would see it in a lot of games that looked like this one.
Posted by The Peerless at 8:06 AM 2 comments: