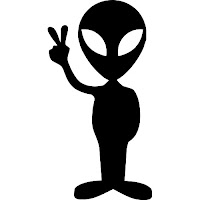 Wherever the District of Columbia’s finest might have been patrolling last night, rest assured they were not doing so inside Verizon Center.  There were no officers of the law available to prevent the mugging inflicted on the Florida Panthers by the Washington Capitals in the opening minutes of last night’s hockey game…

3:10… The Caps score on their second shot on goal, 2-0, and Florida makes a goaltending change.

8:10… Washington’s eighth shot of the period finds the back of the Panther net, 4-0.

It was more than the Capitals needed, but they added three more goals, while Braden Holtby stopped 29 of 30 shots in his 11th consecutive start, as the Caps defeated the Panthers, 7-1.  It was the first time the Caps put up seven goals in a single game since posting the same score against the Detroit Red Wings on October 22nd of last season.

It didn’t stop in the second period.  Ovechkin scored on a one-timer from the edge of the left wing circle on a power play.  And then in the third period… Eric Fehr popped in his sixth of the season from low in the left wing circle on a pass through the Panther crease by Wolski… Mathieu Perreault scoring when he slammed on the brakes at the right wing hash marks and undressed defenseman Colby Robak, wristing the puck high over relief goalie Scott Clemmensen’s right shoulder in the game’s last minute to close out the big night’s scoring.

The goal horn going off seven times was a horror show for the Panthers, but sweet, sweet music to the ears of Caps fans.

-- The Capitals concluded their season series with the Panthers having outscored them by a combined 18-6, the games characterized by ever increasing goal totals for the Caps… 5-0 on February 9th, 6-5 in overtime on February 12th, and then seven goals last night in the 7-1 win.

-- Those four goals in 8:10 was the second fastest four-goal outburst to open a game in franchise history.  Washington did it faster only in a January 1986 game against the Minnesota North Stars, a game the Caps won by a 7-5 margin.

-- Steve Oleksy was plus-5 in 55 games at Hershey this season.  He is plus-4 in two games with the Caps.  He also had two assists, four hits, and led the team in blocked shots with four.  This is called "taking advantage of an opportunity."

-- John Carlson was not on ice for the Panthers’ goal last night.  He is sinking through the rankings of defensemen and their being on ice for goals, a good thing.  He is about to drop out of the top ten in most total goals against, on ice, among defensemen, and he ranks tied for 42nd in most even strength goals against, on ice.  And with a goal and an assist, he had a nice two-way game.

-- Troy Brouwer might not have been feeling fit as a fiddle after his bout with illness, but two assists, three blocked shots, and four wins on five faceoffs taken?  Maybe being fit as a banjo is good enough.

-- Brendan Shanahan will be busy rendering judgment on the hit by Tyson Strachan on Jason Chimera.  It was one that might not be as easy to adjudicate as fans might think.  Surely, it was a hit born of frustration, the Panthers trailing 4-0 at that point in the game.  But Strachan is not a “repeat offender,” nor does he seem to take an inordinate number of penalties (99 minutes in 100 games before last night).  He does not necessarily fit the profile of a guy who will get the book thrown at him.  On the other hand, the hit was eerie, if you were a Caps fan.  It happened in almost the exact spot on the ice on which Rene Bourque concussed Nicklas Backstrom last season, and the flying elbow was once more the instrument of the infraction.  If we had to bet, Strachan will get two games for this instance, primarily a function of his targeting the head of a vulnerable player.

In the end, let us step back and look at this game in perspective.  The Caps took advantage of the proverbial 99-pound weakling.  Florida is not as good a team as they were last season, and that was before they were decimated by injuries.  This is a team the Caps, even given their record, should dominate as they did (for the most part) in the two previous meetings this season.

Then again, the Caps took care of business in a cold, efficient way.  They got on top, stood on the gas pedal, and left the Panthers mangled on the side of the road.  There are no special takeaways from this game other than the Caps banked two points they needed to have.  They are now five points out of eighth place, but perhaps more important, they are six points out of seventh with two games in hand on the occupant of that spot in the standings – New Jersey.  They are also six points behind Carolina for the Southeast Division lead with two games in hand on the Hurricanes as well.  And that sets up what could be the most critical home-and-home set of the season next week against those Hurricanes…

…provided the Caps do not stub their toe against the Islanders and the Rangers in back-to-back games this weekend.