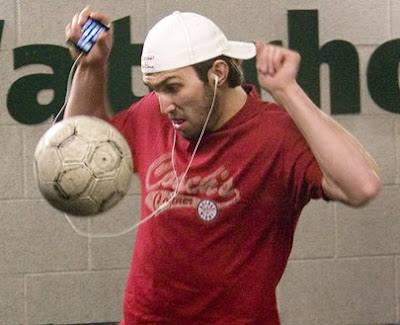 ...happy birthday, Alex.
Posted by The Peerless at 8:21 AM No comments: 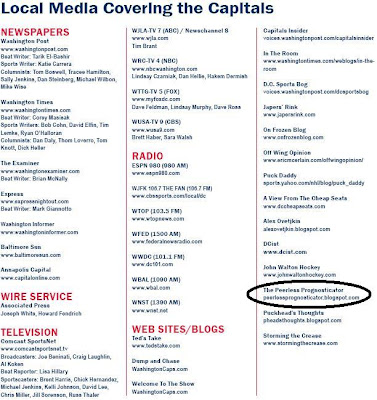 We're media? Well, not "mainstream," perhaps... more like "babbling brook." But we made the Caps media guide, available here.

Thanks to J.P. over at Japers' Rink for pointing the way.
Posted by The Peerless at 7:44 AM 1 comment:

Email ThisBlogThis!Share to TwitterShare to FacebookShare to Pinterest
Labels: media, things that make you go 'hmm...'

We're not going to go all "it takes a village to raise a hockey prospect" on this, but we took special note of a quote from Karl Alzner in Tarik El-Bashir's look at Michal Neuvirth in this morning's Post.
The matter at hand is that of Michal Neuvirth swimming upstream as the third man in a race for two goaltender spots on the Capitals' roster. It speaks to the goaltending depth the Caps have that a youngster who finished the Calder Cup tournament with a 16-6 record (1.92 GAA, .932 save percentage, three shutouts) and the most valuable player award for the tournament would find himself on the outside looking in for even a backup position on the roster. But that's where he is.
Enter Karl Alzner. Alzner finds himself in a similar position -- perhaps the eighth defenseman on a team that might carry only seven on its roster to start the season. And this despite playing on that same Calder Cup champion and performing respectably in 30 games with the Caps last season.
Understanding Neuvirth's plight, Alzner was quoted as saying:

"After what Michal accomplished last year, on a lot of teams, a spot would have opened up for him. The problem is, another goalie who is his same age did something pretty spectacular as well. It's just bad timing for him. If he ever needs someone to talk to, I'm his guy."

There are the elements here of shared success, shared sacrifice, and the understanding -- empathy, if you will -- between once and (hopefully) future teammates that would seem to breed the sort of chemistry one looks for in a team, or any organization with a common purpose, for that matter.
Neuvirth gets it. He endured a roller coaster of a season that ended in both personal and team success, but he seems to understand that the job he's seeking must be earned.
Alzner gets it. He, through his own experience, understands the situation in which both prospects Neuvirth and Semyon Varlamov are competing, and he's willing to share his experiences in the matter (something one usually depends on a "veteran" for).
Varlamov gets it. He was the darling of the playoffs last season, but acknowledges that he, too, has a job to "earn."
Although it is so very early in each of these young men's careers (they have a combined 48 games -- regular season and playoffs -- of NHL experience among them), the Caps seem to have done well in drafting players of both talent and maturity.
Posted by The Peerless at 7:08 AM No comments: