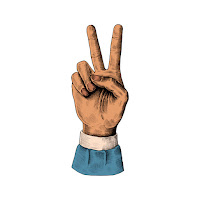 The Washington Capitals opened up their home-and-home series with the Carolina Hurricanes on Tuesday night at Capital One Arena.  The Caps went into the game with the possibility of clinching a playoff spot with a win and losses in regulation by both the Montreal Canadiens and Columbus Blue Jackets.  That would not happen, even as the Caps held up their end of the bargain, besting Carolina, 4-1.

The teams went back and forth in the first ten minutes, the Hurricanes generally enjoying a territorial advantage, but the Caps were awarded a power play in the eleventh minute, Sebastian Aho whistled for hooking Carl Hagelin.  The Caps did not convert and did not record a shot on goal with the man advantage.

The teams retreated to their back-and-forth ways waiting for a break.  The Caps made their own break late in the first period.  T.J. Oshie fought off defensemen Justin Faulk long enough to allow Carl Hagelin to collect the puck and move it to Evgeny Kuznetsov along the right wing wall.  Kuznetsov walked the puck below the goal line and threaded a pass between the sticks of Faulk and goalie Petr Mrazek to Oshie backing his way through the left wing circle. Oshie one-timed the feed into the open short side of the net, and the Caps had a 1-0 lead 16:29 into the period.  That would be all for the first period scoring.

-- The teams split 20 shots down the middle, ten apiece, but Carolina out-attempted Washington, 24-17.

-- Each team had nine credited hits, Brooks Orpik leading the Caps with three.

The teams started the second period much like the first, Carolina having a edge in territorial play, but neither team converting.  Evgeny Kuznetsov had a chance for a wrap-around attempt but was hooked by Mrazek mid-way through the period.  Just like in the first period, the Caps could not convert.  They did, however, manage to get two shots on goal on this power play.

Failing to take advantage of the opportunity came back to bite the Caps late in the period.  Christian Djoos was going to be called for a holding penalty, but the Hurricanes maintained possession of the puck, and the play went on.  The Caps made a ghastly line change, swapping out both defensemen on the delayed penalty call, giving Carolina even more time to wreak havoc.  A loose puck finally made its way to Dougie Hamilton at the top of the offensive zone, and he beat goalie Braden Holtby on the blocker side to tie the game at the 15:38 mark.  That would be the start and the end of the scoring for the period.

-- Alex Ovechkin had four shots and seven attempts through two periods, both leading the team (the latter tied with Evgeny Kuznetsov).

-- Carolina had 15 missed shots through two periods, almost as many as they had on goal (17).

The Caps did not allow Carolina to dominate the early going in the third period as they did in the first two periods.  Tilting the ice the other way paid dividends in the fifth minute.  Evgeny Kuznetsov fed the puck to Tom Wilson at the offensive blue line, and then made a bee line for the net.  Curling behind Kuznetsov, Alex Ovechkin took a feed from Wilson and one-timed the puck, but seemed to take just a bit off the shot and slid it low on the ice.  Kuznetsov jumped over the puck as it came through, and it beat Mrazek past his right pad to make it 2-1, 4:31 into the period.

The Caps doubled their lead seven minutes later.  Dmitry Orlov had an open lane from the left point, but he had to deal with a rolling puck.  Nevertheless, he showed “shot,” but it was a slap pass to John Carlson darting to the net from the right wing circle.  Carlson got just enough wood (or composite) on the puck to redirect it over Mrazek and into the top of the net to make it 3-1 at the 11:16 mark.

The Caps ended the competitive portion of the contest with less than three minutes left when Nicklas Backstrom scored into an empty net, making it 4-1 at the 17:33 mark.

-- Ovechkin’s goal, in addition to being his 49th of the season, was his 656th in his career, tying him with Brendan Shanahan for 13th place, all-time.

-- Ovechkin added an assist, making this the 27th time he recorded a multi-point game against Carolina, tying Ray Bourque for second place all-time in multi-point games against the Hurricanes.  Jaromir Jagr leads with 36 games.

-- Evgeny Kuznetsov had his second three-assist game of the season and the first since October 10th against Vegas.  Both instances were on home ice.  It was his 13th career game with three or more assists, tying Adam Oates for fifth place all time with the Caps.

-- Lars Eller, Carl Hagelin, and Christian Djoos did not have a shot attempt.

-- The teams finished with 28 shots on goal apiece, but Carolina had 63 shot attempts to 53 for the Caps.

-- Braden Holtby allowed one goal on 28 shots.  That makes four goals allowed on 91 shots (.956 save percentage) over his last three games, his lowest goals allowed over any three-appearance stretch for him in the new calendar year.

The Caps played the kind of game they need to have for the postseason.  They avoided any temptation to put on a show for the home crowd and paid close attention to their responsibilities in all three zones.  It might not have made for the sexiest or most exciting kind of game, but it was one a purist would love.  As much as any game recently, it resembled the sort of game the Caps displayed last spring on their way to a Stanley Cup.  The timing is good, but the trick will now be to do it again, against the same team, on their rink on Thursday.